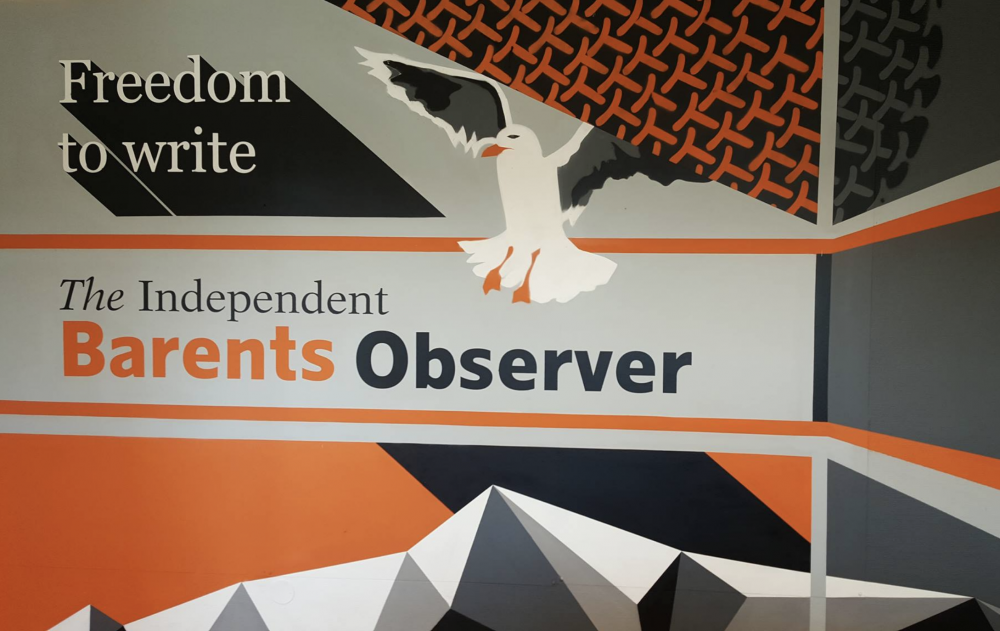 In 2002, just as the Barents cross-border cooperation between the northern regions of Scandinavia and Northwest-Russia was at its golden peak, we started the first English-Russian independent online newspaper above the Arctic Circle, introducing balanced, fact-based information flow across previously closed borders.

Much has changed since then. In the period 2005 to 2015 we shared office with and got our salaries from a public secretariat that in the end tried to limit our editorial freedom. Russia’s Federal Security Service asked Norwegian officials to shut us down. Unbiased journalism and freedom of speech are no longer a matter of course in the Barents cooperation. Since 2015, we have run the Barents Observer as a non-profit, journalist owned independent media company.

The need for honest and objective information about the north, from the north, is more relevant now than ever before. Our newsroom in Kirkenes, at 69° North, on the coast to the Barents Sea in the borderland between Norway, Russia and Finland is round the clock keeping an eye on developments. We question more and seek the truth. All to provide you with the best possible insight to the changing Arctic.

To keep the Barents Observer running, we need your support. With your help, we can continue free journalism in the borderland to Russia. Your financial contribution, however big or small, will help keep our independent news coming. Our free English-language newsletter now has more than 1,500 subscribers. In addition, you will help us running the Russian-language newsletter and news-portal.

It is no secret that the Barents Observer still struggles with authoritarian rulers in Moscow using repressive tools to limit our journalism. Since February 2019, we have been blocked by the censorship agency Roskomnadzor. However, good people have developed technical tools to find a way around the internet-blocking so most of our articles in Russian today can be accessed throughout the country. With support from the Anti-Discrimination Centre (ADC) Memorial, we have taken Roskomnadzor to court. We lost in the Moscow City court, but have appealed the case to the Supreme Court.

The Barents Observer is always determined to challenge injustice and stand up for editorial freedom.

This fight has gained huge publicity in Russia and worldwide. See, for instance these articles in Novaya Gazeta, Sever.Reali and Vedomosti. The Washington Post puts the Barents Observer case into a lager context on what happens when the Kremlin notoriously tries to control Russia’s domestic cyberspace.

The Barents Observer is a small newspaper, but we have a global readership. 2020 has so far been a very good year with more than 2 million page-views in the course of the first four months. That is a tripling of readers compared to 2019. Additional to Russia, our readers are from the Nordic countries, Europe and North-America. To reach even more readers we have entered media-partnership with Radio Canada’s Eye on the Arctic, the U.S. based Arctic Today and The Moscow Times in Russia, including their newly launched Russian-language edition. All of the above mentioned media are republishing articles from the Barents Observer.

To inform the world about important issues happening in the north, the Barents Observer is from time to time cooperating with other media in joint stories. Like this in-depth article about the terrifying fire on the mysterious deep-diving Russian Losharik submarine. The New York Times article was also published in Russian and Chinese and follows the multi-lingual strategy of the Barents Observer to reach out to the global audience. All our articles are published in both English and Russian, and a few are made available in Chinese.

As always in our 18 years history, the Barents Observer keeps a special eye on stories that we know you want to read about from the northern regions and the Arctic. That be the dramatic consequences of climate changes, or the deteriorating relations in global security. Shipping, petroleum development, mining and cross-border businesses get a lot of attention. Being a voice for indigenous peoples’ viewpoints will always be a priority. We do not only report about the north, we also live here, giving us the advantage of seeing stories from inside. And let there be no doubts, the Barents Observer is never afraid to report about repressive authorities attempts to silence civil society, other media or opposition politicians.

We intend to keep up the good work in the years to come. And please contribute so we can keep independent cross-border journalism in the north going strong. From Norway you can VIPPS to 105792. From the rest of the world, please use bank account, PayPal or Credit Card. If you or your company would like to become a sponsor, please contact us for details.

Best wishes from us in the Barents Observer!