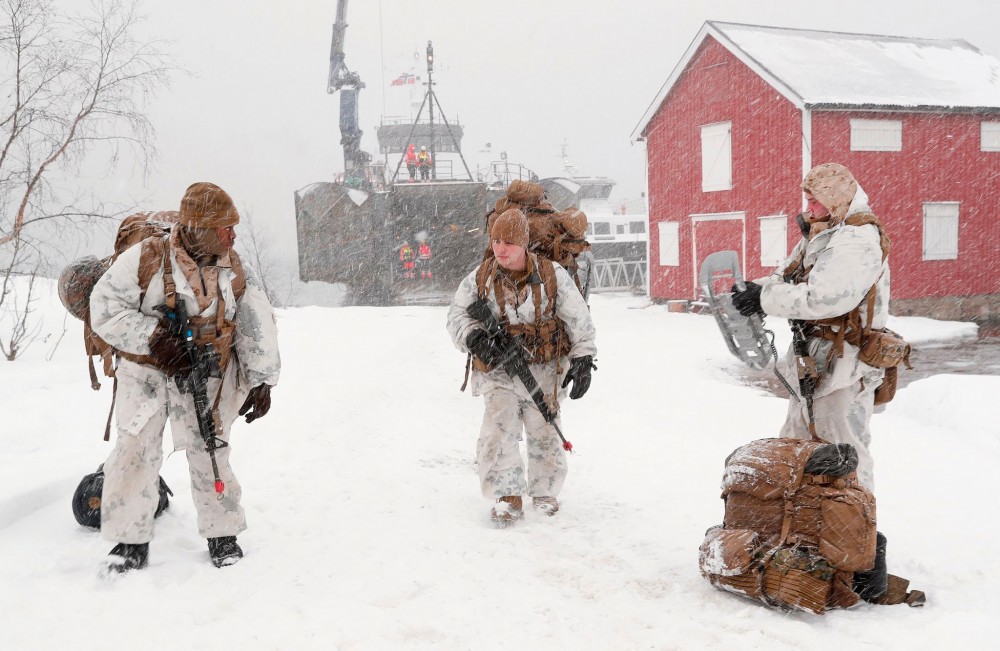 Norwegian troops will have to fill the gaps as the powerful American force slashes its presence in the country.
Read in Russian | Читать по-русски
By

US Marines have been permanently stationed in Norway on a rotational basis since 2017. That arrangement now comes to an end, according to the Norwegian Armed Forces.

Starting in late fall this year, the Americans will pull out and visit Norway only in connection with exercises.

It is a major shift in US security relations with Norway, that inevitably will affect the military situation in the region.

Up to 700 Marines today serve in Norway, many of them in the northern parts of the country. The force has rotated on a six-month basis.

Only about 20 US Mmarines will be left in Norway when the withdrawal is complete.

The Norwegian side is downplaying the significance of the force reduction. Cooperation and joint training will continue, the country’s military emphasizes.

“For the Army, good joint training will continue and at times with bigger American forces than today,” Major General Lars Lervik says in a prepared statement.

About 400 Marines are expected to take part in an exercise this fall, and up to 1,000 troops will engage in winter training early 2021, according to the Norwegian Army.

The US military hardware stored in Norway will remain in the country.

The pullout of Norway is reported to come in connection with a long-term reform process in U.S. forces. That process is headed by Secretary of the Navy Kenneth Braithwaite, the former US ambassador to Norway.

According to the Norwegian government, the US forces will not abandon Norway. In a comment to newspaper Aftenposten, Deputy Defense Minister Tone Skogen emphasizes that there is no talk about a cut from the side of the US Marines, only a “changed organization of training in Norway.”

It is believed the US Marines now increasingly will put its main focus on the situation in the Pacific region and relations with China.

The situation in the Pacific region was also the reported reason why the American participation in Norwegian exercise Cold Response was reduced by 3,000 men in early 2020.

The cut in presence in Norway comes as the U.S military increases its military engagement in the North Atlantic and the Arctic.

In the summer of 2020, US guided-missile destroyer «USS Roosevelt» sailed for more than 28 days above the Arctic Circle.

American flags in the Barents Sea are now “the new normal,” a defence analyst told The Barents Observer.

In addition comes a significant increase in US Air Force activities in the north. Over the last year, US long-range B-1B bombers, as well as B-2 stealth bomber and  B-52 strategic bombers, have paid visits to the region.

The reduced permanent presence of US forces in Norway will be warmly welcomed in Moscow, where the authorities repeatedly have criticized Norway for its close cooperation with the American Marines.

On a number of occasions, Foreign Minister Sergey Lavrov and his deputies have lashed out against Oslo with accusations that it breaks with its traditional base policy according to which foreign troops are not to be permanently stationed in the country.

As late as early June this year, Deputy Foreign Minister Vladimir Titov in an interview underlined that Norway’s military buildup in the North “undermines peace, stability  and the atmosphere of trust in the region.”