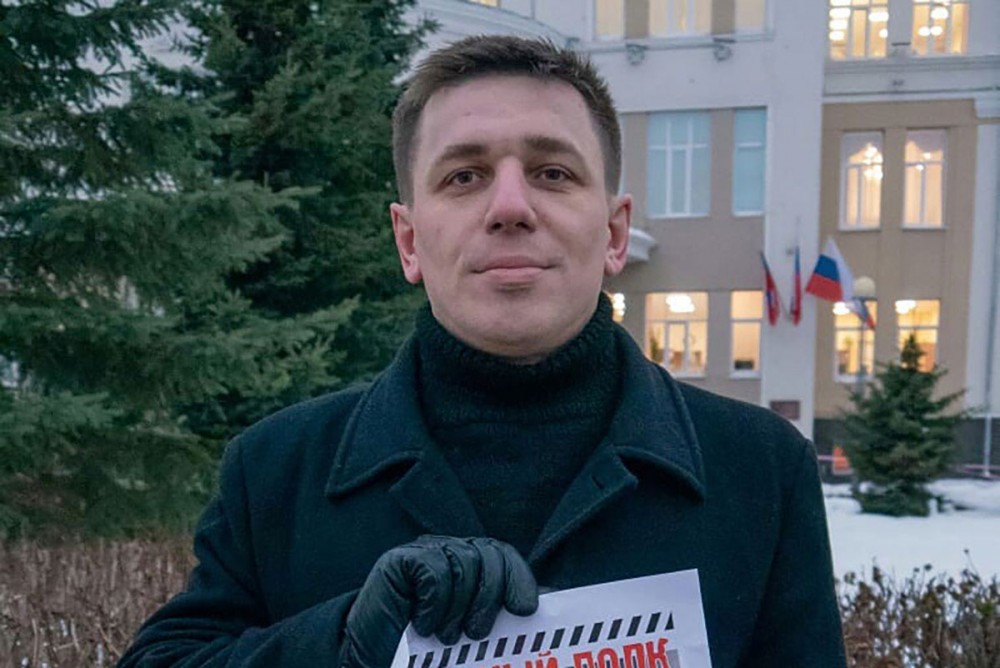 Andrey Borovikov faces up to six years in jail for his political activities. Photo: private

Police in Arkhangelsk on Friday arrested activist Andrey Borovikov for organizing an unsanctioned rally in support of Aleksey Navalny. The detention took place only 2 hours after a court hearing on Borovikov's sharing of a video by German heavy metal band Rammstein.
Read in Russian | Читать по-русски
By

The activist on January 22 stood trial in the Lomonosovsky District Court in a case on the “distribution of pornography”.

According to prosecutors, Borovikov violated the law when he in 2014 shared a music video of the song “Pussy” by Rammstein on his VK page.  The posting is a violation of Article 242 in the Russian criminal code (distribution, public display or announcement of pornographic materials with use of mass media), they argue.

Borovikov’s encounter with law enforcement authorities that day did not end with the court hearing. Just two hours later, police arrested the activist for his engagement in a support rally for Aleksey Navalny.

According to 7x7-journal,  Borovikov is now charged with organizing the unsanctioned rally that took place on January 16th and, according to law enforcement officers, caused a violation of public order. On that day, activists went to the center of Arkhangelsk and recorded a video message in support of Aleksey Navalny. Also Yuri Chesnokov, a member of the regional branch of the Yabloko Party, was charged with the same article. According to Elizaveta Bychkova, the coordinator of the Arkhangelsk headquarters of Aleksey Navalny, Chesnokov was detained on January 22. He was reportedly on his way to support Borovikov in court.

“Tomorrow, the 22nd of January, is the International Dissident Day, and I will spend that day in court, where I face between 2-6 years for my political activities,” he writes.

“I look around and see more and more fear in people’s eyes, and more and more rubber stamping in speeches. Why would I want that? Probably, this is what they call patriotism,” he adds.

Andrey Borovikov has over the past years experienced a number of repressive crackdowns from the authorities.

In 2019, a court in Arkhangelsk found him guilty under Article 212.1 of the Criminal Code (Repeated Violations at Rallies) and imposed 400 hours of community service. The activist is the third person in Russia to be convicted under the so-called “Dadin’s Article” (named after Ildar Dadin, the first activist convicted under it).

In early September 2020, Borovikov was fined 4.000 rubles under Article 6.13 of the Administrative Code of the Russian Federation (Drug Propaganda) for publishing a music video of the song “Legalize” by Detsl on vk.com.

“His critics is clearly disliked by the authorities,” Amnesty underlines.