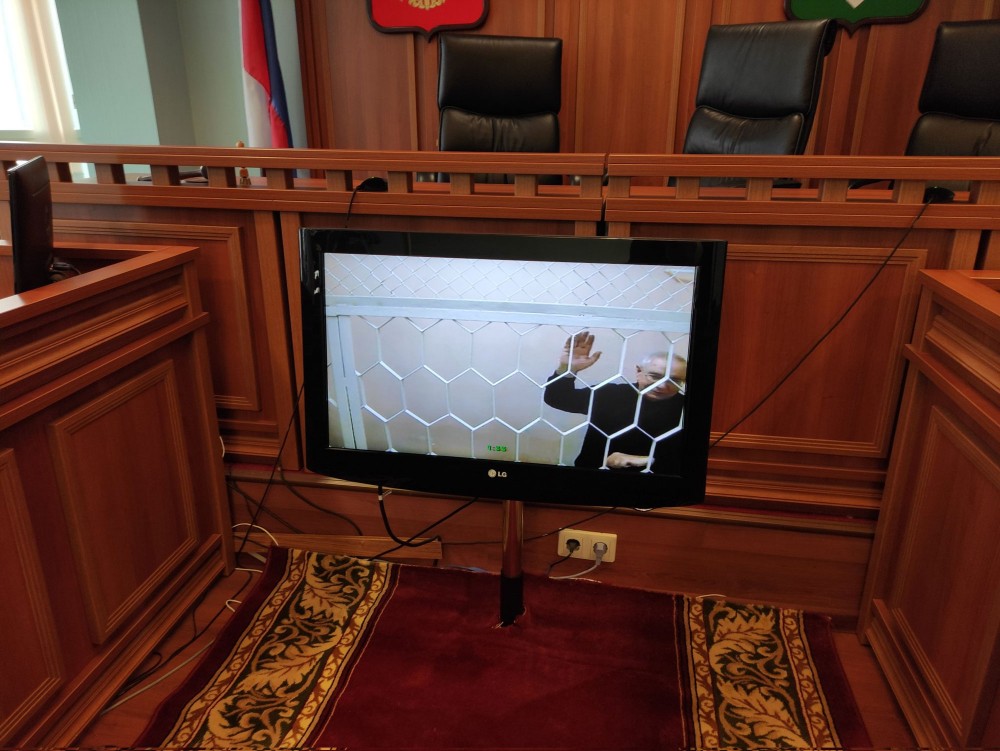 Yuri Zhdanov In the courthouse of Naryan-Mar. Photo: Vladimir Voronin

“Ivan remains my son, and I have no intention to forsake him. Nobody will be able to silence him,” Zhdanov said in his address to the Naryan-Mar court on 17th of February.

In his appeal, Zhdanov proudly protected his son Ivan and piece-by-piece tore apart the charges of the prosecutor, lawyer Vladimir Voronin informs.

But well-founded arguments did not help the 68-year pensioner that has been in pre-trial detention since March 2021. The court sentenced Yuri Zhdanov to three years behind bars.

Yuri Zhdanov is the father of Ivan Zhdanov, the former leader of Aleksei Navalny’s Anti-Corruption Foundation. He was detained by police in late March 2021 in the south Russian city of Rostov-on-Don and subsequently sent to the region of Arkhangelsk.

Zhdanov was first given a three year conditional sentence in December, but then shortly later again arrested for allegedly having violated imposed travel restrictions. He will now have to serve the rest of the sentence behind bars.

The case is seen as politically motivated and aimed at anti-corruption leader Ivan Zhdanov.

“Hostage-taking of an old man is an extreme level of nastiness,” he said in a comment.

Zhdanov is charged with having “exceeded his authorities” when working in a local housing commission in Iskateley, a small town in the Nenets  Autonomous Okrug.

Yuri Zhdanov lived and served for many years in the far northern Nenets AO. He was member of the local legislative assembly and for a period served as deputy mayor of regional capital city of Naryan-Mar.