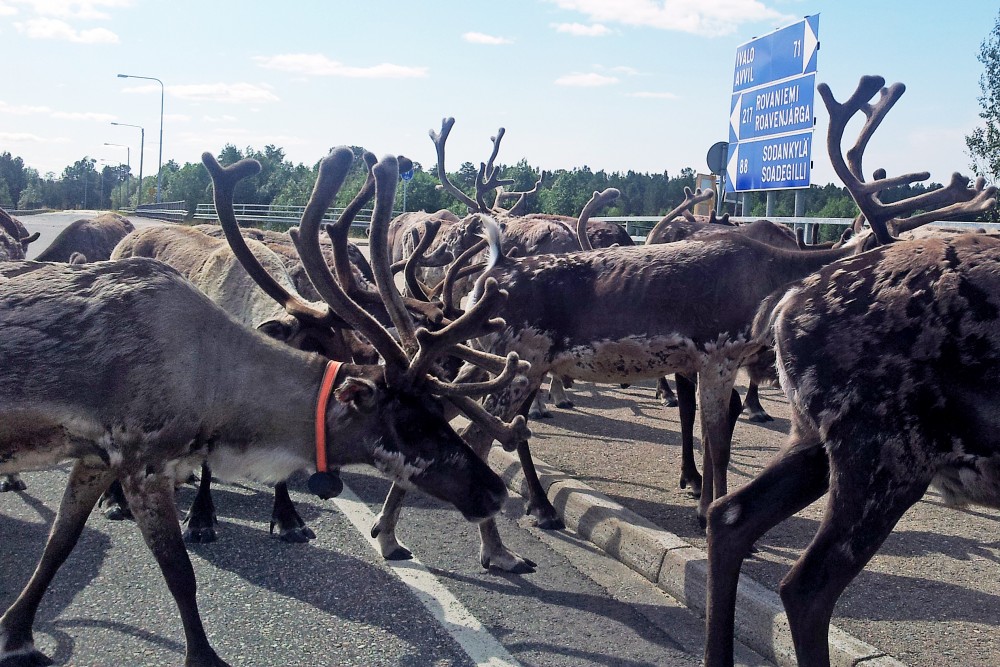 No return to pre-war reality when it comes to Arctic cooperation, says Finnish report

Russia’s invasion of Ukraine has upended international Arctic cooperation and there will be “no return to the pre-war reality,” says a report commissioned by the Finnish government.
Read in Russian | Читать по-русски

The report, released on October 11, was commissioned by the Prime Minister’s office in Finland in spring 2022.

The study was led by the Arctic Centre at the University of Lapland and involved Gaia Consulting Oy and the Finnish Institute of International Affairs.

Among the issues the team was asked to examine were the impact of Russia’s Ukraine invasion on international Arctic cooperation as well how it might affect the implementation of Finland’s 2021 Arctic policy strategy.

“During the next six months, things may change again in many ways, but one thing is certain, there will be no return to the pre-war reality,” said the report’s authors in an English summary of the 85-page Finnish-language only report.

Arctic cooperation with Russia at a standstill

Although Russia still participates in agreements like the Central Arctic Ocean Fisheries Agreement, and signed on to the Paris Climate Agreement, which has implications for the Arctic, the country’s work on forums with other northern countries, long the hallmark of the peaceful international Arctic cooperation over the last two decades, is now at a standstill.

“The time for conclusions about the future of the forums has not yet arrived, but it is approaching,” the report said.

The seven western states paused their participation in the Arctic Council’s work in March in protest against Russia’s invasion of Ukraine saying the invasion undermined many of the founding principals of the forum, which include sovereignty and territorial integrity based on international law.

In June, the Arctic seven said they would resume limited work in the forum in areas that did not include Russia. (Russia currently holds the forum’s two-year rotating chairmanship and has previously said it will continue with its chairmanship program as planned.)

“These countries have expressed their will to preserve the Arctic Council and sought ways to make this happen through rules of procedure,” the report said. “Norway is preparing to accept the chairmanship of the Arctic Council in spring 2023.

“Maintaining the Arctic Council as a key international intergovernmental forum is essential for Finland and many other actors,” the report said.

The Barents Euro-Arctic Council, made up of Denmark, Finland, Iceland, Norway, Russia, Sweden and the European Commission, also suspended Russia-related activities in March.

“Continuing cooperation in the Barents Euro-Arctic region would require a scenario in which trust will be restored and multidisciplinary collaboration is genuinely possible,” the report said. “Such a situation is not in sight.”

The Russian invasion also prompted Finland and Sweden to apply to NATO. Their applications were approved and the accession protocols for both countries were signed on July 5. The 30 member countries must now ratify the protocols. Turkey and Hungry are the remaining two countries to do so.

Once completed, the new geopolitical configuration in the North, dividing the Arctic between NATO countries and Russia, will put Finland as NATO’s easternmost member in the North.

“The increasing military capability will most likely create new regional tensions in the short term,” the report said. “In the longer term, however, achieving a stronger military balance in the Nordic region is likely to raise the threshold for aggression and stabilise the regional security environment.

“As a member of NATO, Finland would contribute to the guidelines of the alliance’s policy towards Russia and the development of NATO’s relations with Russia and the Arctic dimension.”

The study says a functional relationship with Russia remains in Finland’s best interest but that Finland must be able to quickly react to changing circumstances.

“Finland must be able to maintain an understanding of Russia’s Arctic regions in new circumstances. Up-to-date information is particularly important to ensure climate resilience and sustainable
development in the Arctic.”

Russia’s northern territory includes half the Arctic and the rupture on climate cooperation in the North should not be underestimated, the report said.

“Russian institutes can no longer participate in EU research programmes; in other networks, virtually all academic cooperation with Russia has stopped.  As the situation continues, there will be gaps in Arctic research that cannot be patched, as Russia is about half of the entire Arctic region.”

The report authors said the effects of the Ukraine invasion may speed up the green shift in Europe over the long term, but characterizes the immediate effects as complex.

“In the short term, the impacts are mainly negative, related to, for example, the rapid pressures brought by the need for self-sufficiency and the supply of raw materials to reverse climate
decisions, for instance, concerning peat harvesting,” the study said.

“In the longer term, the energy crisis may also affect the development of more sustainable production and consumption and the acceleration of low-emission solutions both in the Arctic countries and globally.”

Among the report’s conclusions are that the green transition for Finland is not just a matter of the environment, but also a key piece of the changing geopolitical situation.

“The green transition will become increasingly important at the national level, not only for climate and energy policy but also in terms of security policy and the security of supply,” the study said.

“The objectives of the green transition should also be clearly reflected in Finland’s Arctic policy.”

Extreme rain over Svalbard is caused by less sea-ice