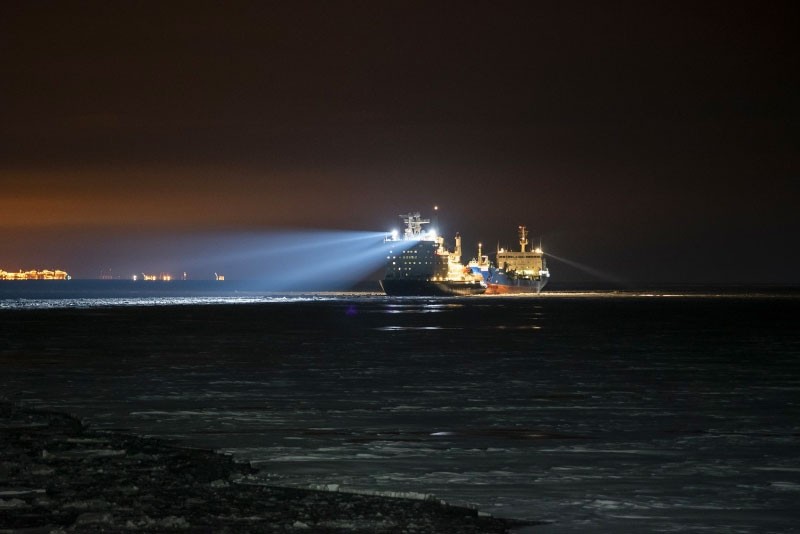 Almost 33 million tons of goods were transported on the Russian Arctic shipping route in 2020. That is 4 million more than planned, Rosatom says.
Read in Russian | Читать по-русски
By

It was a busy year on the Northern Sea Route, the far northern seaway that connects the Barents Sea with the Bering Strait.

In the course of 2020, a total of 32,97 million tons of goods were shipped on the route, says Maksim Kulinko, Deputy Head of Rosatom’s Northern Sea Route Directorate says.

That is almost four million tons more than originally planned, the state nuclear power company informs. The target volume for 2020 was 29 million tons.

Rosatom on the 22nd December announced that the 32 million tons landmark had been crossed. That figure, however, did not correspond with information from the Federal Agency for Maritime and River Transport. According to the agency, a unit of the Ministry of Transport, the shipping volume on the NSR by 28th December 2020 amounted to 31,53 million tons.

Rosatom is responsible for the development of the Northern Sea Route and is under major pressure to provide 80 million tons of shipments on the route in 2024, a target was set by President Vladimir Putin in his so-called May Decrees in 2018.

After repeated wrangling, Rosatom now underlines that the 80 million ton target will be reached as scheduled by the President. A lion’s share of the volumes will be provided by Novatek and its liquified natural gas, as well as by oil companies Gazprom Neft and Rosneft.

Extensive shipments on the route continues in 2021. In the first days of January, three ships set out on unique voyages across the eastern part of the route.