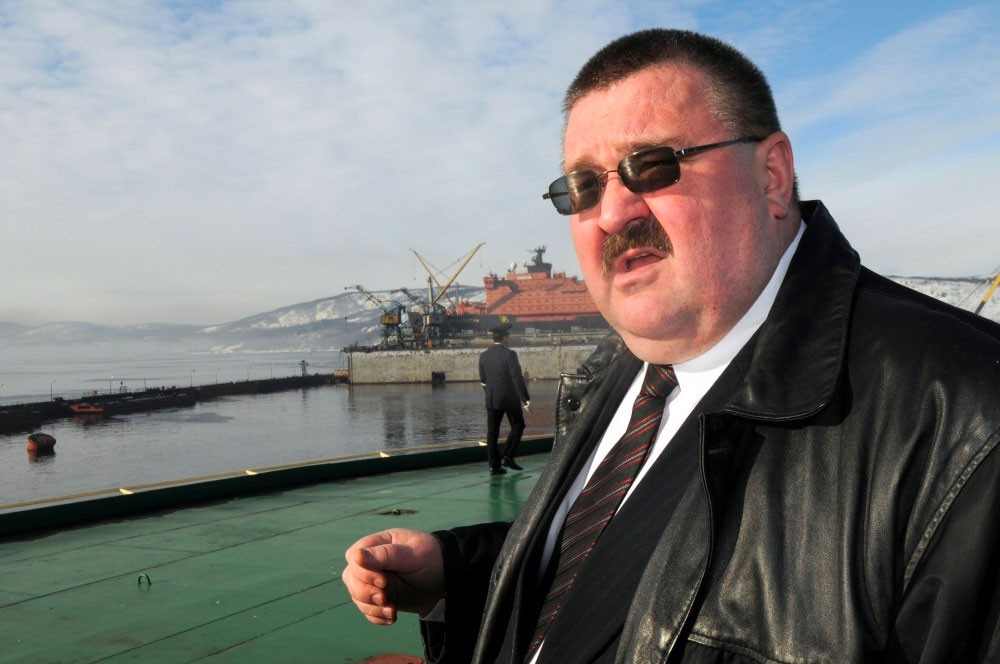 Developers of the Northern Sea Route admit that shipments will not reach 80 million tons by 2024.
Read in Russian | Читать по-русски
By

In his political priorities outlined in May 2018, Vladimir Putin demanded that annual shipping on the Northern Sea Route must reach 80 million tons by year 2024.

That will not happen.

Rosatom, the nuclear power company that is responsible for development of the Arctic shipping route, has now officially requested the Ministry of Transport to lower ambitions by 25 percent.

The new target volume should be 60 million tons, Rosatom argues. According to newspaper RBC, the situation is outlined in a recent letter from Vyacheslav Ruksha, the leader of Rosatom’s Northern Sea Route Directorate.

The reason for the reduced ambitions is the failure to deliver sufficient volumes of oil and coal. Originally, coal from the major fields in the Taymyr Peninsula was to constitute a significant share of the volumes. However, the development of the Taymyr coal has failed to materialize.

Also Rosneft’s huge Vostok Oil project is reported to be behind schedule. According to RBC, the project will in 2024 deliver 9,25 million tons, and not 25 million tons as originally outlined by company leader Igor Sechin.

The Vostok Oil includes the building of several hundred kilometers of pipeline and a new seaport on the coast of the Taymyr Peninsula from where oil will be shipped along the NSR to export markets.

Neither Novatek is able to deliver on its original target volumes. The company will in 2024 produce 35,5 million tons of liquefied natural gas, and not the initially projected 46,7 million tons, RBC reports with reference to sources close to the company.

The failure to meet Putin’s ambitious target for Arctic shipping hardly comes as a surprise. However, all the mentioned companies have until recently insisted that they will be able to deliver what is necessary to reach the goal.

Despite the seemingly impossible task, Rosatom leader Aleksey Likhachev as late as 17th June this year assured Putin that 80 million tons of shipments can be reached by 2024. In a meeting with President Putin on, Rosatom leader underlined that shipping on the sea route is progressing ahead of schedule.

“We are moving towards this goal, advancing ahead of the annual target volumes,” Aleksey Likhachev said and added that goods volumes in 2019 was 5,5 million tons higher than originally planned.

“It is a very ambitious number - 80 million […] But we are very actively working with mineral extracting companies Rosneft, Novatek, Gazprom, and see how our partners invest efforts and finances in these northern fields,” Likhachev told the president.

Rosatom has previously made clear that he believes shipments on the NSR can reach as much as 92,6 million tons by 2024.

Their failure to meet targets might not be well received by the President. Putin has reportedly not yet approved the official drop in ambitions.

According to the Northern Sea Route developers, the target for 2024 will be met already in 2025. In his letter to the Transport Ministry, Vyacheslav Ruksha explains that shipping on the route that year will amount to 82 million tons. That will be first of all thanks to the Vostok Oil project that reportedly in 2025 will reach a production of 25 million tons.

And additional huge growth will follow, Ruksha underlines. According to the powerful company representative, shipping volumes on the NSR will amount to 110 million tons in year 2030.

Shipments on the far northern route has increased significantly over the last years. In 2017, a total of 10,7 million tons were transported on the route. In 2018, the volume increased to 20,18 million tons and in 2019 to 31,5 million.

Growth has continued into 2020. In the first half of the year, goods volumes on the route amounted to 14,5 million tons, an increase of 1,1 percent compared with the same period in 2019.