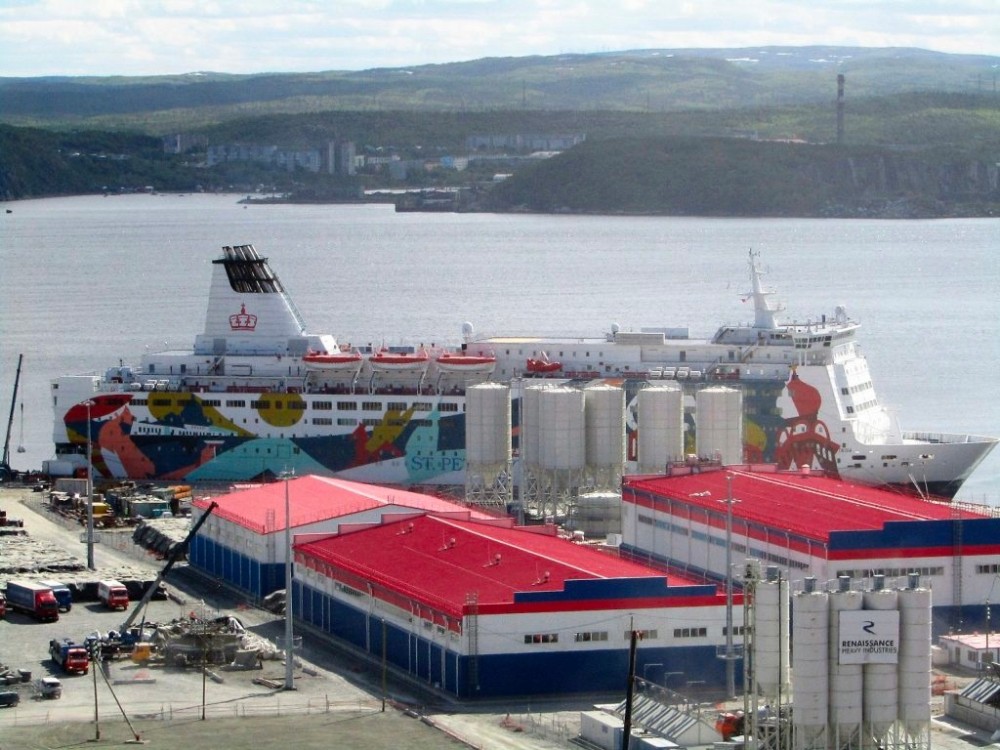 After two years in the Kola Bay, the "Princess Anastasia" is abandoning the natural gas company's major project site in Belokamenka.
Read in Russian | Читать по-русски
By

The 177 meter long ship that can accommodate up to 2,500 people arrived in Belokamenka on 3rd of May 2020. Almost two years later, it cast off its moorings and set out through the far northern Russian waters. The ship left Murmansk on the 31st of May, newspaper Arktichesky Obozrevatel informs.

The ship that is owned by Italian company Moby Lines on the 3rd of June sailed along the Norwegian coast with course for Messina, Italy.

The departure of the vessel coincides with the mounting troubles for Novatek and its Arctic LNG projects. Following the introduction of international sanctions, the natural gas company can no longer import technology of crucial importance for project development.

According to the EU’s 5th sanctions package, Russian companies are banned from importing equipment such as heat-exchanging units. That is creating serious problems for Novatek, which leans heavily of technology from European manufacturers.

The last pieces of contracted plant components arrived in Belokamenka on the 25th of May, two days before the final time limit set by the European Council.

It is believed that the Princess Anastasia has accommodated mostly foreign experts. Without access to western technology, those people might no longer be needed in Belokamenka.

The ship that used to shuttle tourists across the Baltic Sea between St.Petersburg and Nordic capitals is well equipped with restaurants, casinos, swimming pool and spa, conference rooms and a movie theatre.

It is the world’s first facility for “mass production” of natural gas liquefaction trains on gravity-based structures, Novatek says. Three structures of the kind are under construction, each with a production capacity of 6,6 million tons of LNG per year. They will all serve the company’s next major natural natural gas project, the Arctic LNG 2.

However, Novatek might ultimately be able to complete only one of the projected three structures. Reportedly, Novatek already in late April halted construction at project train number 3 while number 2 will be halted in late May.