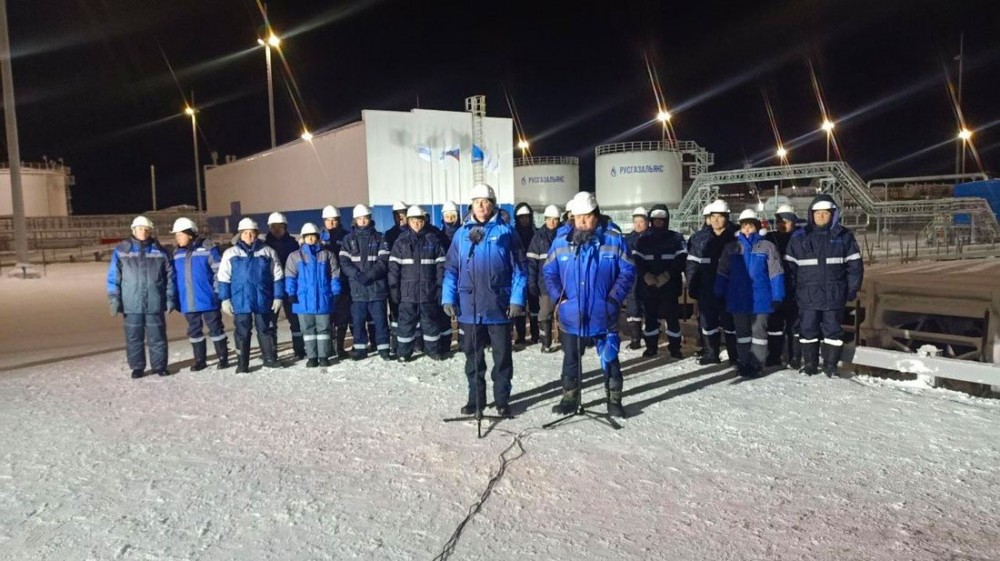 Project launch on the shore of the Ob Bay. The Semakovskoye field is to produce up to 7,5 billion cubic meters of gas per year. Photo: Gazprom

The Semakovskoye natural gas field is located offshore in the far northern Gulf of Ob.
Read in Russian | Читать по-русски
By

In a statement, Gazprom CEO Aleksei Miller says the launch of the Semakovskoye is part of a new production cluster in the region that will “provide reliable deliveries of gas to our consumers for decades to come.”

However, the production start at the far northern project comes as the Russian natural gas industry is experiencing serious crisis following international sanctions. Since the beginning of the war against Ukraine, the country’s natural gas production has shrunk by more than 11 percent, and Gazprom’s production alone by more than 19 percent.

In the first 11 months of 2022, the energy company’s export plummeted by as much as 44,5 percent compared with the same period in 2021, newspaper Vedomosti reports.

The Semakovskoye is one of several fields planned launched in and around the Ob Bay. Development is underway also in the nearby Parusnoye field, as well as the Kamenno-Mysskoye, Geofysicheskoye and Severo-Obskoye fields.

Only few days ahead of its launch of the Semakovskoye project, Gazprom showed how it is building a production platform for the Kamenno-Mysskoye field.

It is unclear where Gazprom intends to sell the gas from the Semakovskoye. According to the company, production at the field will be up to 7,5 bullion cubic meters per year, and all of which will be transported by pipeline into the national grid.

The Semakovskoye field is located along the shore of the far northern bay. The lion’s share of its reserves is located offshore in shallow waters. It is developed by RusGazAllians, a joint venture of companies Gazprom and RusGazDobycha. Project developers have applied horizontal production technology from land. It is the first time ever that this kind of technology is applied in Russia, Gazprom informs.

However, like with several more projects in the Arctic, the natural gas from Semakovskoye risks being “stuck” in the Arctic. Practically all regional natural gas infrastructure is aimed at the EU market. But the EU no longer wants the Russian energy.

Gazprom has ambitious plans to connect the Yamal region with China, and new east-bound pipelines are under planning. In 2021, Gazprom even launch an underwater pipeline across the great bay.

But new connections all the way to China will take years to build. Currently, Russia has only the Power of Siberia pipeline that in 2020 brought less than 5 billion cubic meters to the Chinese market. Capacity will increase significantly over the next years, and Russia also has plans for a Power of Siberia 2 and 3.

But none of it will be able to replace the EU volumes, that in 2018 exceeded 200 billion cubic meters.