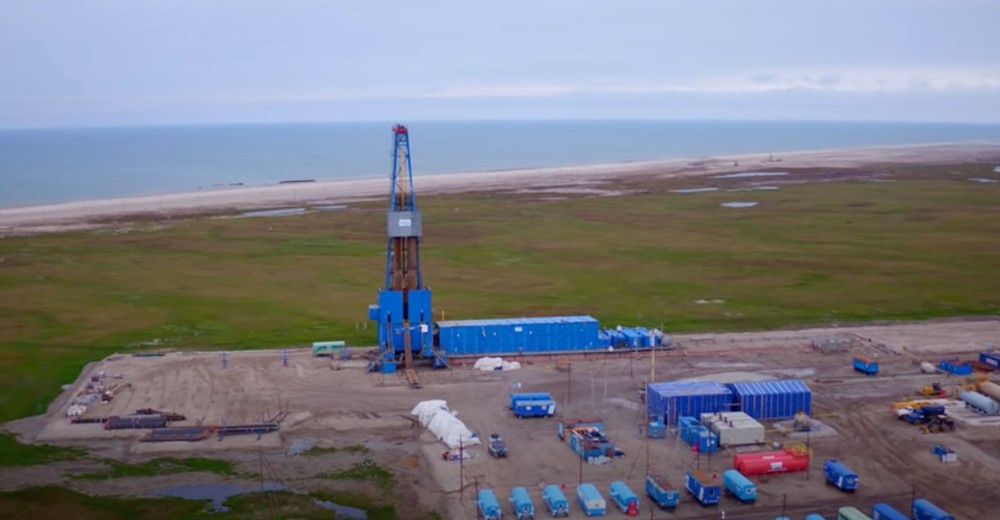 The Kharasavey field is located on the coast of the Kara Sea. Photo: screenshot from video by Gazprom Dobycha Nadym

Gazprom's new major Arctic project might be a dead end

On the coast of the Kara Sea, construction workers are in full swing with the building of the Kharasavey natural gas field. It will be one of the country's biggest projects of the kind. But the gas might have nowhere to go.
Read in Russian | Читать по-русски
By

There has been a big buzz on the remote Yamal tundra since construction works were officially launched in March 2019. President Vladimir Putin was on a direct televised line from the Kremlin as Gazprom workers brought big machines and equipment across the snow- and ice-covered stretches of the Arctic lands.

“The Kharasaveyskoye field will open new horizons for the development of the industry, for the strengthening of our export potential and further gasification of Russia,” Putin said in his greeting.

The field that is located on the western shore of the Yamal Peninsula has reserves of about 2 trillion cubic meters of gas and is Gazprom’s next step in its big development plan for the resource-rich region.

The Kharasavey will be connected by a 108 km long pipeline to nearby Bovanenkovo, the huge field launched in 2012.

During the whole summer of 2022, ships have shuttled to the local Kharasaveyskoye sea terminal, many of them with construction materials and supplies to the several hundred workers on site. Production is due to be launched in 2023.

The Kharasavey and Bovanenkovo are believed to have combined natural gas reserves of seven trillion cubic meters. Several more trillions are to be added to the reserves table as Gazprom continues its grand development program for the region.

But Russia’s war with Ukraine and subsequent conflict with the EU is hampering plans.

Europe is taking extreme measures to reduced dependency of Russian hydrocarbons, and Moscow this week speeded up the process as it allegedly for “technical reasons” closed the Nord Stream pipeline.

The natural gas from Kharasavey, Bovanenkovo and other fields in the area now risk being “stuck” in the Arctic as practically all regional infrastructure is aimed at the EU market.

The natural gas from Yamal is sent by the Bovanenkovo–Ukhta pipeline, a northern section of the more than 4,000 km long Yamal–Europe pipeline.

Vast volumes of natural gas will now simply accumulate in domestic Russia. And there is hardly a quick fix to the problem.

Gazprom has ambitious plans to connect the Yamal Peninsula with China, and a new pipeline is projected to connect the Bovanenkovo with existing infrastructure on the eastern side of the Ob Bay. In 2021, Gazprom even launch an underwater pipeline across the great bay.

But a connection all the way to China will take years to build. Currently, Russia has only the Power of Siberia pipeline that in 2020 brought less than 5 billion cubic meters to the Chinese market. Capacity will increase significantly over the next years, and Russia also has plans for a Power of Siberia 2 and 3.

But none of it will be able to replace the EU volumes, that in 2018 exceeded 200 billion cubic meters.

During his visit to the Eastern Economic Forum in Vladivostok this week, Putin highlighted relations with China and underlined that new pipeline infrastructure project will connect the two countries.

But the Kharasavey and Bovanenkovo fields are located several thousand kilometres away north of the Arctic Circle.