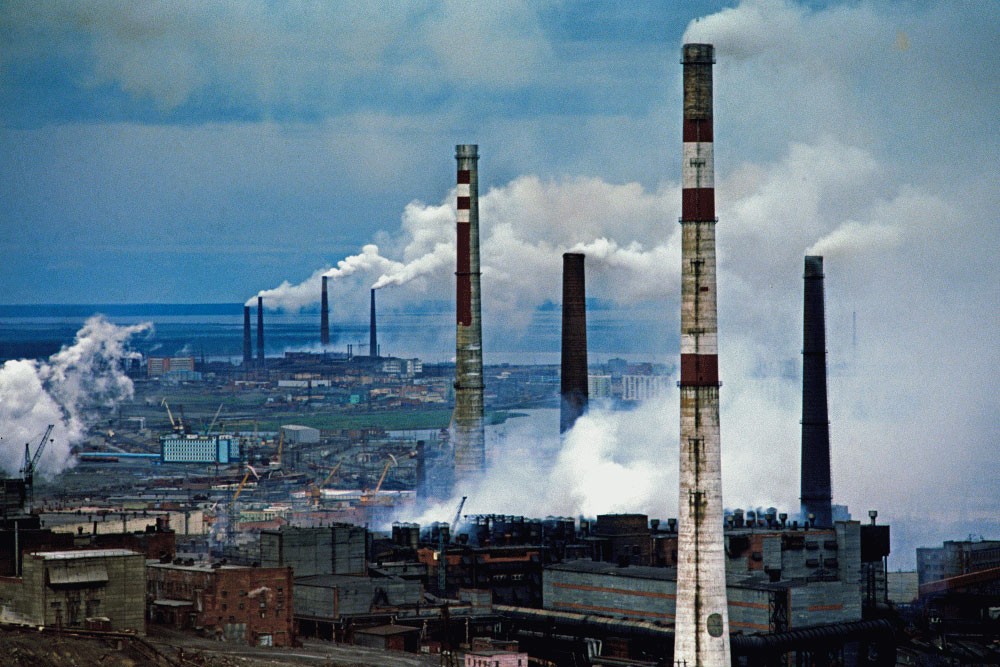 The city of Norilsk is located on the Russian tundra, north of the Arctic Circle. Photo: Thomas Nilsen

Following a parliament visit to the far northern company town of Norilsk, the Federation Council and its Speaker Valentina Matvienko expresses shock and outrage about company mismanagement and massive pollution in the Arctic.
Read in Russian | Читать по-русски
By

After decades of massive ecological destruction in the Russian North, federal officials appear to have decided that time has come to slap the powerful mining and metallurgy company.

Rarely has a top Russian legislator lashed out against one of the country’s biggest companies like Valentina Matvienko did on the 21st October. In a press conference, Matvienko said that company town of Norilsk used to be a “garden town”, but now looks more like a “slum” with worn-out infrastructure, and power grids, water canalization, roads and housing in disarray.

The vocal attack of the company did not only aim at Nornickel’s recent huge spill of diesel fuel that has ruined vast areas of tundra and waterways. Matvienko pointed her finger at the company’s general practices.

According to the long-time speaker of the parliament body, Nornickel has put on display “complete cynicism” and “total indifference towards the motherland where they live and make huge money.”

This is not a socially responsible company, she stressed. “That is all PR,” she underlined.

Matvienko, who over the years has had several leading posts in Putin’s Russia, also accused the managers of Nornickel of corruption.

She says that the company has its people in control over the Norilsk town budget. Furthermore, she also points her finger at regional and state authorities indicating that they are part of corrupt practices.

“How come that the Ministry of the Far East (and Arctic), federal structures, the presidential envoy to the district, nobody — nobody really sees that the houses are falling apart and what state the town is in? Why has everyone kept quiet? Is everyone really in the pockets of Nornickel? Really? What other conclusion can be made?” Matvienko said.

The harsh comments come after the upper house of parliament conducted a visit to Norilsk, the remote northern town that is centerpiece in the mining and metallurgy company’s Arctic operations. Fifteen senators from five different parliament committees took part in the visit, along with representatives of several federal ministries, state agencies and law enforcement authorities, the Federation Council informs.

In an official statement issued after the visit, the legislators point at serious problems with the local social infrastructure, including housing, healthcare, schools and kindergartens.

“Modern-day Norilsk is one of the most polluted towns not only in Russia, but in the world, and the [oil spill] catastrophe has only aggravated the environmental problems and attracted attention towards them,” says Deputy Speaker Nikolay Zhuravlev.

The Federation Council now demands that Nornickel takes quick action to deal with the problems.

“The water supply system must come in order, together with housing, kindergartens, schools and policlinics,” Chairwoman Matvienko underlines. It should not be a major problem, she argues.

“For them, to build a kindergarten or a school is like a cup of coffee, or like going twice to a restaurant,” she underlines and points at the super-wealthy main shareholders of the company.

And time is the essence. The work must be completed in 1-2 years, the legislators underline.

According to critics, Nornickel’s mismanagement not only applies to operations in Taymyr, but also in the Kola Peninsula.

During the recent municipal elections in the Pechenga district, opposition politicians accused Nornickel of meddling in the vote and for putting its people in the municipal legislative assembly. They also argued that the company spent many million rubles on the election campaign of government-loyal party United Russia and that they are in full control over the local government.

“No more! For 20 years they have shown us their attitude to the people, they have robbed us, knitted knots around our necks and weaved a web out of which we must finally get disentangled,” the election campaigners said about their opponents.

The Pechenga district is located along the border to Norway and Finland and houses several major plants operated by Nornickel.

Norilsk Nickel is the world’s leading producer of nickel and has the key parts of its operations in the Taymyr Peninsula and Kola Peninsula. Over the years, the vulnerable Arctic lands surrounding the company plants have been subject to heavy pollution. In 2018, a total of 1,9 million tons of sulfur dioxide were emitted from the chimneys of Norilsk. That was by far the biggest SO2 emissions in the world.

At the same time, huge dividends have been cashed out by the company owners. In 2018, as much as $3,7 billion was distributed to the shareholders.

Majority shareholder is Vladimir Potanin. He was in 2019 ranked as Russia’s richest person and the 41st richest in the world.