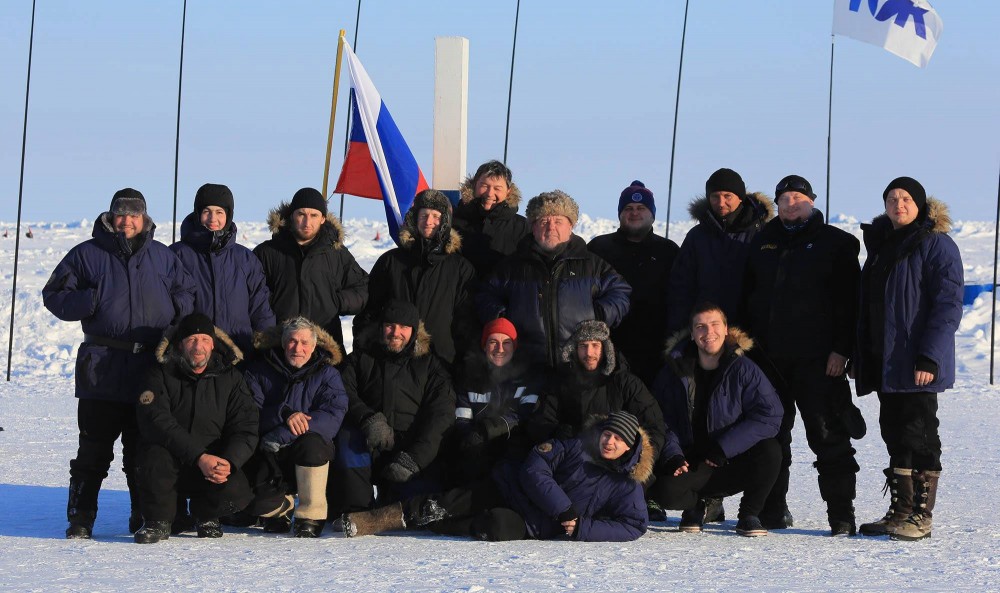 As the ice runway started to crack up, the team of Russian Polar explorers in a rush packed up and left the Barneo camp.
Read in Russian | Читать по-русски
By

«Well, that was all for this year, we have completed the season», says chief operations officer Irina Orlova.

The Barneo-2017 drifting ice camp was in operation from 26th March to 20th April. In that period, a number of explorers and expeditions visited the Russian Arctic station. Among the last groups to visit the site and make it to the North Pole was an expedition force from the Ministry of Defense.

In the middle of last week, the ice floe on which the camp was located started to crack up.  On Wednesday, an almost 200 meters long crack split the runway in two. During night, the crew managed to extend the strip by 150 meters at the other end.

Then, the next day it was all over.

«This morning at 8 o’clock in the An-74 back in Longyearbyen with equipment and crew on board», Orlova reported on her Facebook page on Friday 21st April.

Originally, the team planned to leave the camp only in 24th April.

Also the helicopter crew of the AeroGeo company on Sunday night reported that they had made it safely back to Krasnoyarsk, their base. In cooperation with the Russian Geographical Society, the 12 pilots and polar experts of the company have been taking explorers and expedition members between the Barneo and the North Pole point.

The two helicopters and their crews first identified a suitable ice floe and subsequently helped bring in personnel and equipment.

Like previous years, the Barneo-2017 used the airport in Longyearbyen, Svalbard, as logistical hub for the operations. An agreement between Svalbard Governor Kjerstin Askholt and Aleksandr Orlov, Vice President of Russian Association of Polar Explorers, was reached on 13th March.

However, the original plan was to move all logistical operations to Franz Josef Land, the Russian archipelago.

Before they left, the camp organizers made a short video clip of the facilities.