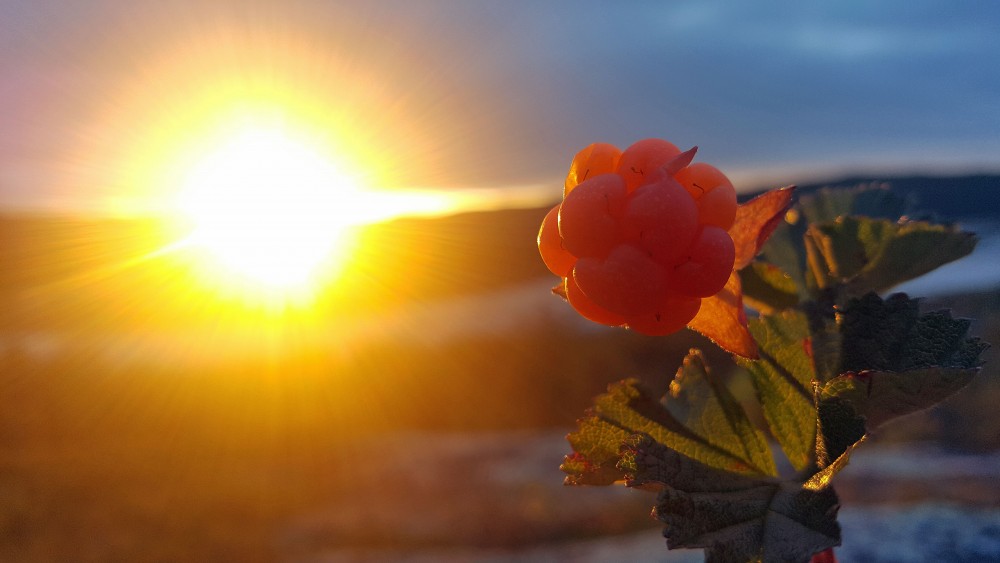 Highly priced and difficult to get. Cloudberries are not only the delicious tasting magic symbol of the north, it is also some of the healthiest thing you can eat.
Read in Russian | Читать по-русски
By

Cloudberries is an important part of northerners’ culture, often referred to as «the gold of the Arctic.» Growing in marshlands, boreal forest and along the coastline of northern Scandinavia, Northwest-Russia and throughout the northern hemisphere, the myths about cloudberries are many.

Although 2017 seems to be a good season with many warm orange-colored marshlands north of the Arctic Circle, prices for cloudberries are surpassing all other berries on the market. Be prepared to pay at least €15 to €20 per kilogram depending on location.

In Finnmark, Norway’s northernmost county, one legendary story tells about an old woman who broke her leg while picking cloudberries. True or not; the story says instead of revealing the location of her swamp, she hobbled several kilometres away before her friends were allowed to call in a SAR-helicopter to take her to hospital.

By the way, did you know that a cloudberry is not a berry? Cloudberry is technically a fruit, or more precisely a cluster of small fruits with stones.

Healthy? Yes, sure. Cloudberry contains four times as much vitamin C as an orange. It also contains kalium, zinc, magnesium and beta carotene. Health benefits are reduced risk for diabetes, helps with hormone production, improves immunity and it even has therapeutic benefits for several common, chronic diseases like fighting cancer or reversing heart disease.

When Adolf Erik Nordenskiöld became the first to sail the Northeast Passage with the vessel «Vega» (1878-1879), he brought cloudberries preserved in rum, because of its preventative powers that had been handed down in Nordic folk medicine. His expedition became one of the few polar expeditions free of scurvy. Although Vitamin C was first identified in 1932, the knowledge of cloudberry to prevent the disease dates back to the Viking era.

Also Fridtjof Nansen, setting off to find the North Pole on board «Fram» in 1893, copied Nordenskiöld to the extent of bringing half a ton of cloudberry preserve.

Today, cloudberries are mostly made into jams, or used in tarts and deserts. Cloudberry cream is the «national desert» of northern Norway, while in Finland cloudberry are used to make tradional liqueurs such as the Lakka.

There are different regulations on how and where to pick cloudberries. In Norway everyone has the right to pick berries according to the law known as Everyman’s right. However, you can’t pick if a private landowner expressively forbids it. Such areas are normally fenced in. In Finnmark, where 95 percent of the land is not privately owned, anyone can pick cloudberries if they are eaten on site. If you want to bring some of it home, and you are not a resident in Finnmark, you need a permit.

Also in Finland and Sweden, everyone can freely pick berries in accordance with the Everyman’s right law in the wilderness.