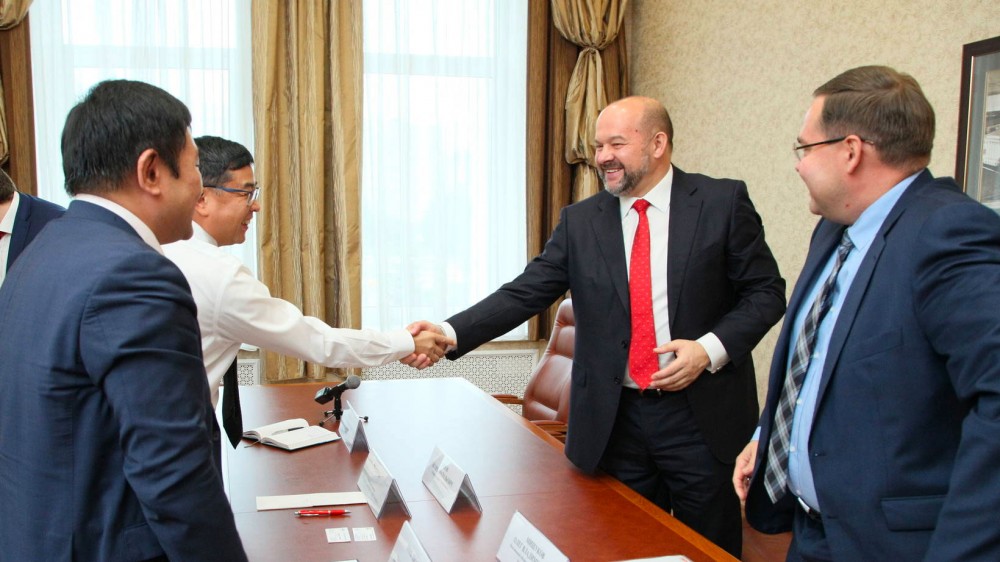 The development of deep-water port on the Northern Dvina River will enable us to bring in big-tonnage ships, the company says.
Read in Russian | Читать по-русски

«This project has triggered big interest in China», General Director of COSCO Russia Tu Deming underlined in a meeting this week with Arkhangelsk Governor Igor Orlov.

«We hope that construction will be completed quickly, it will give us the opportunity to take big-tonnage ships to the port and consequently increase shipping volumes», he added, the Arkhangelsk regional government informs.

Deming and his company delegation spent two days to familiarize themselves with local port infrastructure, a press release reads. COSCO has since year 2013 actively explored trans-shipping along the Northern Sea Route and has so far in 2017 sent six vessels across the Arctic route, Deming told Governor Orlov.

The meeting between Deming and Orlov took place as relations between Arkhangelsk and Beijing are getting increasingly intimate. Key investment objects are the Belkomur railway project and the development of a deep-water port in the Northern Dvina River.

In early September this year, a delegation from Arkhangelsk visited the Chinese capital and got confirmations from companies and authorities’ about their commitment towards both projects. According to the Arkhangelsk government, the state China Exim Bank has confirmed its readiness to give credits to the Belkomur project. Key Chinese stakeholder in both projects is the Poly Group. Also COSCO and the China Marine Fuel Service Corporation have also conformed participation.

Coal, mineral fertilizer, oil, timber, ores, construction materials and containers are the main cargo to be transported by the Belkomur railway to Arkhangelsk and reloaded for sea transport at the new port. The new port will be located 55 kilometers north of the City of Arkhangelsk. It will be built near the Mudyug Island in the Dvina river delta; close to the existing port facilities for larger vessels.

Chinese interest in Arkhangelsk and the Russian Arctic was confirmed in April when a 70-people big delegation headed by Vice Premier Wang Yang took part in the the Arctic Forum, the big Russian conference on Arctic developments.