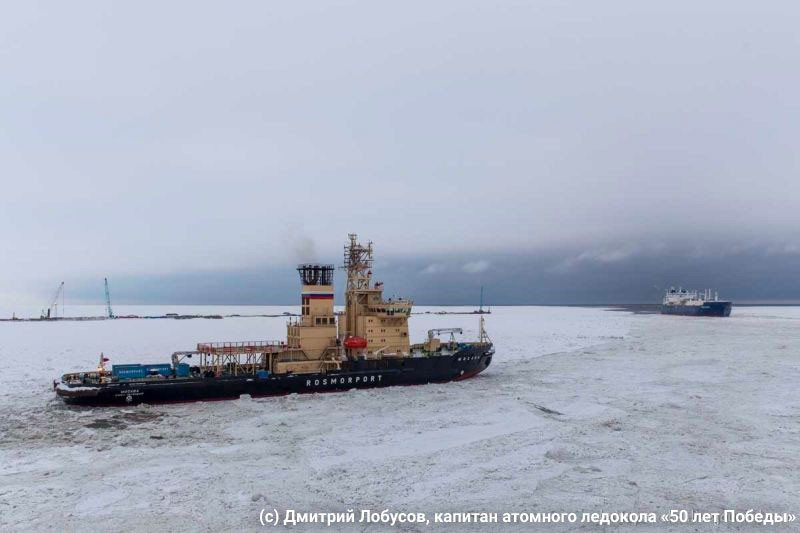 The «Baltic Winter» spent only about five and a half days on its voyage across the Northern Sea Route. Last year’s ice conditions in the area were favorable, Russian transport authorities say.
Read in Russian | Читать по-русски
By

It was a year with remarkable growth in Russian Arctic shipping. In the course of 2017, as much as 9,737 million tons of goods was shipped on the Northern Sea Route, an increase of almost 35 percent from 2016.

And several remarkable records were made. Among them is the speed record of the general cargo vessel «Baltic Winter» which spent only 5,6 days on its way from the Bering Strait to the Novaya Zemlya. The ship sailed from the Chinese port of Tàicāng to Bremerhaven in Germany, the Russian Federal Agency of Maritime and River Transport informs.

The «Baltic Winter» is owned by German shipping company Heino Winter and the voyage was completed on 3rd September. “Conditions were good and due to the high ice class no problem for our nice lady”, the shipping company said after the voyage.

The crossing followed shortly after the previous speed record of LNG tanker «Christophe de Margerie» which in August sailed the route in 6,5 days.

And several more ships made unique performances. The new LNG tankers «Boris Vilkitsky» and «Fedor Litke» both sailed into the eastern part of the Northern Sea Route in mid-December, and the «Eduard Toll» passed the Bering Strait on its way towards Sabetta as late as 25th December.

That is later than any previous voyages across the route, the Agency of Maritime and River Transport writes in its sum-up of the year.

The new tankers are all built for the Yamal LNG, Novatek’s grand project on the Yamal Peninsula, which officially opened on 8th December. The natural gas plant will ultimately have a major effect on Russian Arctic shipping. A total of 15 LNG carriers are built for the project which will have an annual peak production of 16,5 million tons.

According to Russian transport authorities, this year’s ice conditions on the Northern Sea Route were favorable for shipping. Spring ice melting in general started approximately half a month earlier than normal.

Remarkable for the year was the situation in the Vilkitsky Strait, traditionally one of the most complex areas for trans-Arctic voyages. In the course of the whole winter period, there was no fast ice formed in the strait. And in the summer period, there was a great number of icebergs in the area which posed risks for the ships.

The minimum extension of the Arctic ice cap during the year was 4,62 million square kilometers and was registered on 12th September. It is the 7th lowest on record, the Agency of Maritime and River Transport informs.