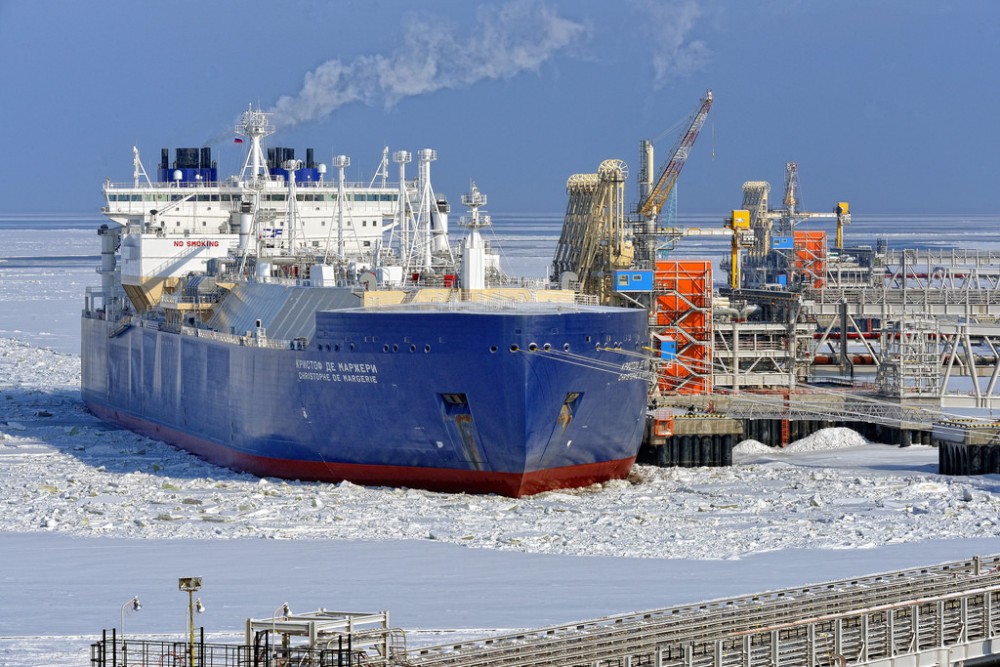 Brand new «Christophe de Margerie» has set a speed record on the Northern Sea Route. According to shipping company Sovcomflot, the LNG carrier made it across the route in six days, 12 hours and 15 minutes, which is quicker than any vessel before.

Underway the tanker encountered up to 1,2 meter thick ice. It made it through the 4060 km long route with an average speed of 14 knots, the company informs.

The Northern Sea Route includes the waters between archipelago Novaya Zemlya and the Bering Strait.

It is not only a speed record. The tanker is the first commercial vessel ever to have made it across the route autonomously, without icebreaker assistance.

The «Christophe de Margerie» in late July set out from Melkøya, the Norwegian gas terminal on the Barents Sea coast, loaded with LNG. On 17th August it reached its destination, the South Korean port of Boryeong. The voyage took a total of 19 days, which is about 30 percent less than the alternative route through the Suez Canal.

It is the first commercial voyage of the unique vessel originally built for company Novatek and its grand Yamal LNG project.

With this voyage, the vessel once again confirms its unique capacities in high altitudes. It proves that the Northern Sea Route can be efficiently used for transit of big-size vessels, Sovcomflot says in a press release.

The «Christophe de Margerie» has ice-protection level Arc7 and is capable to autonomously break through 2,1 meter of ice.

According to the shipping company, the LNG tanker has an engine power of 45 MW, which is «comparable with a nuclear powered icebreaker». It is the first in a fleet of 15 tankers of the kind built to serve the Yamal LNG. The ships can carry shiploads up to 172,600 cubic tons of liquified natural gas.

The vessel is built by the Daewoo Shipbuilding Marine Engineering (DSME) in Korea, and designed for shipments to Sabetta, the new Russian port and LNG terminal in the Yamal Peninsula. It carries a Cyprian flag.