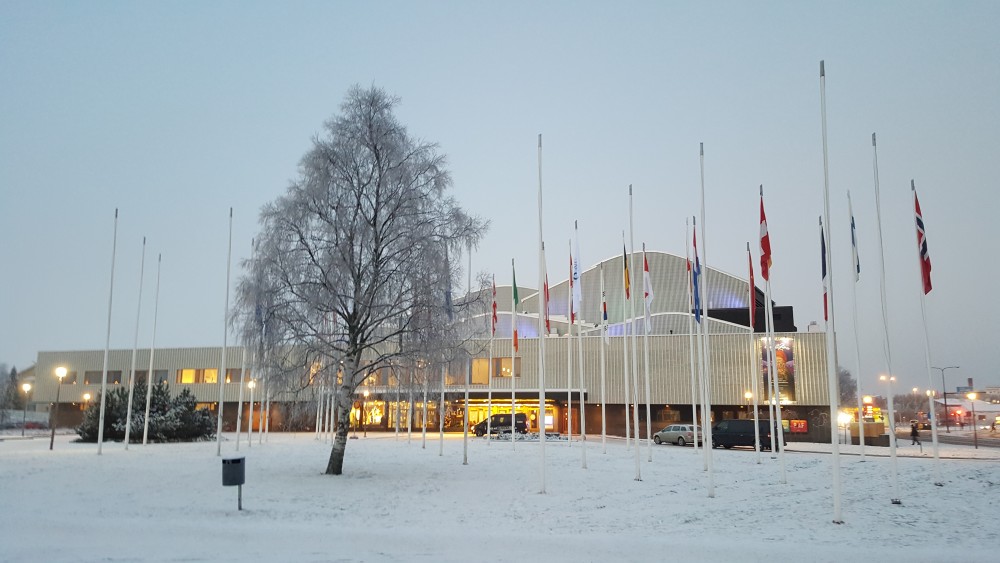 Theater of Lapland in Rovaniemi is venue for Arctic meetings. Photo: Thomas Nilsen

Finland’s hope for an Arctic Summit with heads of states vanished earlier this year, but this spring, the Arctic Council meeting takes places as planned.

Reuters reports with a senior Trump administration official as source that the U.S. will participate at the Arctic Council meeting with Secretary of State Mike Pompeo.

«We want to show that we are committed to being an Arctic nations, an Arctic power,» the official said. «Chinese action has really focused everyone’s minds, including the Russians,» the source added.

The United States first time sent its Secretary of State, at that time Hillary Rodham Clinton, to the Arctic Council in 2011 when the meeting took place in Nuuk, Greenland.

The bi-annual ministerial meetings have since then been attended by the U.S. Secretary of State. Last time, the meeting took place in Fairbanks, Alaska, with Rex Tillerson handing over the chairmanship to Finland’s Timo Soini.

Soini is one of the western Arctic nations’s foreign ministers that have meet Russia’s Sergey Lavrov most frequently over the last few years. Interviewed by the Barents Observer in Rovaniemi over a year ago, Soini smiled and said «It is always beneficiary to meet dorogoy [dear] Sergey Lavrov.»

For Russia, the Arctic is promoted as a territory of dialoge, which also is the name of the country’s large Arctic conference taking place in St. Petersburg a few weeks before the Council’s ministerial in Rovaniemi.

Finland will hand over the chairmanship to Iceland for the period 2019-2021.

«Within one and a half days, we have covered the full range of topics that the Arctic Council and its subsidiary bodies have worked on during our Chairmanship. We have approved results from projects that focused on education, oil pollution risks, biodiversity, marine ecosystems, Arctic climate change, and ocean acidification – to name a few. These are projects that have a real impact on Arctic communities and benefit the people living and working in the Arctic», Ambassador Aleksi Härkönen, Chair of the Senior Arctic Officials, said in a statement after the gathering.