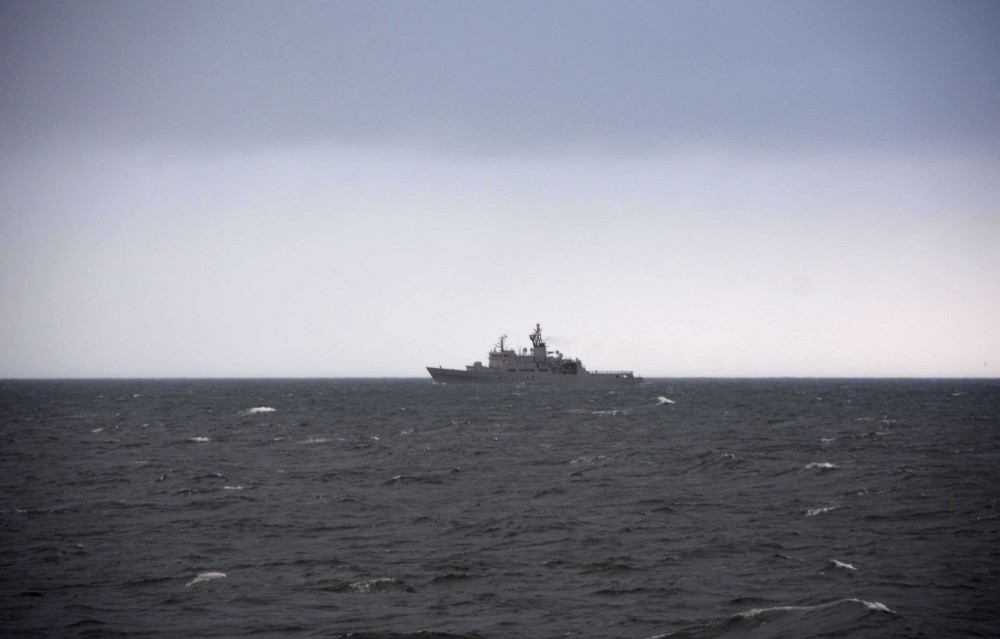 Russia is winning support for its claims on Arctic shelf, says chief negotiator

The UN Commission on the Limits of the Continental Shelf (CLCS) has reportedly endorsed key parts of the country’s positions.
By

A breakthrough in Russia’s bid to determine the outer limits of its continental shelf in the Arctic might be immanent.

According to the country’s Ministry of Natural Resources, the 50th session of the Commission on the Limits of the Continental Shelf resulted in the approval of key points in the Russian submission to the UN body.

The Commission agrees that the Lomonosov Ridge, the Medeleev Ridge, as well as the Podvodnikov Basin, are underwater plateaus and natural extensions of the Russian shelf, the Ministry informs.

The Commission session took place in the period 1 July to 16 August 2019. In the first part of that period did the sub-commission that handles the Russian submission assemble. The Russian delegation was headed by Deputy Minister Denis Khramov and included representatives of the country’s Ministry of Foreign Affairs, Ministry of Defense, as well as several research institutes.

The natural resource ministry has not responded to a request from the Barents Observer for additional information.

If the Commission decides fully in Russia’s favor, the country will be able to claim sovereignty over 1.2 million square kilometers of Arctic sea shelf that extends more than 350 nautical miles (about 650 kilometers) from the shore.

Øystein Jensen, an expert on the Law of the Sea at the Fridtjof Nansen Institute in Norway, agrees it would be a major development.

«It would clearly be a breakthrough for the Russians if the Commission believes that the Lomonosov and Mendeleev ridges are natural extensions of Russia’s shelf,» he says in a comment to the Barents Observer.

According to the researcher, there have been speculations earlier this year that the Commission agrees with the Russians that «the geology is the same» on the plateaus on the central polar sea basin as on the shelf close to Russian mainland.

The news is not likely to be well perceived by Denmark/Greenland and Canada, the two countries that have partly overlapping claims with the Russians.

A statement issued by the Commission following the 50th session says nothing about any endorsement of the Russian claims, but confirms that the sub-commission members will «continue to work on the submission» and that additional data and information will be made available by the Russians for the upcoming 51st Commission session.

Deputy Minister Denis Khramov and his Russian delegation is this week back in New York for meetings in the 51st session of the CLCS, and Khramov has with him the new data that is to complement his claims. A key part of that new information has been collected through this year’s major Arctic expeditions conducted by the Russian Ministry of Defense.

According to Head Commander of the Russian Navy, Nikolay Yevmenov, a new bathymetric map has now been made that with a high level of precision outlines, classifies and defines the main characteristics of the underwater landscapes.

«The assembled materials allow us to build a clear and detailed model of the Arctic sea bottom’s contours,» he underlined in a recent government meeting.

In the course of this summer, several naval research vessels, among them the «Akademik Fyodorov» and «Gorzont», have sailed thousands of miles across the key areas of relevance for the Russian claims.

«The complex studies conducted are fully in line with the requirements of the UN Commission on the Limits of the Continental Shelf, Admiral Yevmenov underlined.

It is the Ministry of Natural Resources that leads Russia’s work with the shelf claims. Deputy Minister Khramov in March this year expressed confidence that the UN Commission will soon give its positive recommendation to the Russians.

«The sub-commission listens to our argumentation, we hold working dialogue with them [and] we think that the recommendations from the sub-commission will be made in a way that take into account the work that we have carried out and our development concept for the whole trans-arctic region,» he told news agency RIA Novosti.

Chairman of the parliament Committee on Foreign Relations Konstantin Kosachev at the same time expressed confidence that the issue will be settled “in the course of the next, the second or at latest the third commission meeting”.

Russia on 20th December 2001 made its first official submission to the CLCS. A year later, the Commission neither rejected nor accepted the Russian proposal, but recommended additional research.

Five years later, Russia employed two MIR submersibles and for the first time in history descended to the seabed of the North Pole where a Russian flag was planted and soil samples taken.

Russia in 2015 submitted additional information to the shelf sub-commission. The country claims 1.2 million square kilometers of Arctic sea shelf extending more than 350 nautical miles (about 650 kilometers) from the shore.

On the backdrop of the claims lies the right to the mineral resources located below the seabed.

According to Tore Henriksen, Professor at the Norwegian Centre for the Law of the Sea, the sub-commission must be content with the submitted information before the CLCS can can give the coastal state a recommendation regarding the outer limits of its shelf. Thereafter the coastal state itself sets the border on the basis of the recommendation, he told the Barents Observer.

«The question is whether or not the commission agrees with the Russians, and that I simply do not know,» Henriksen says.