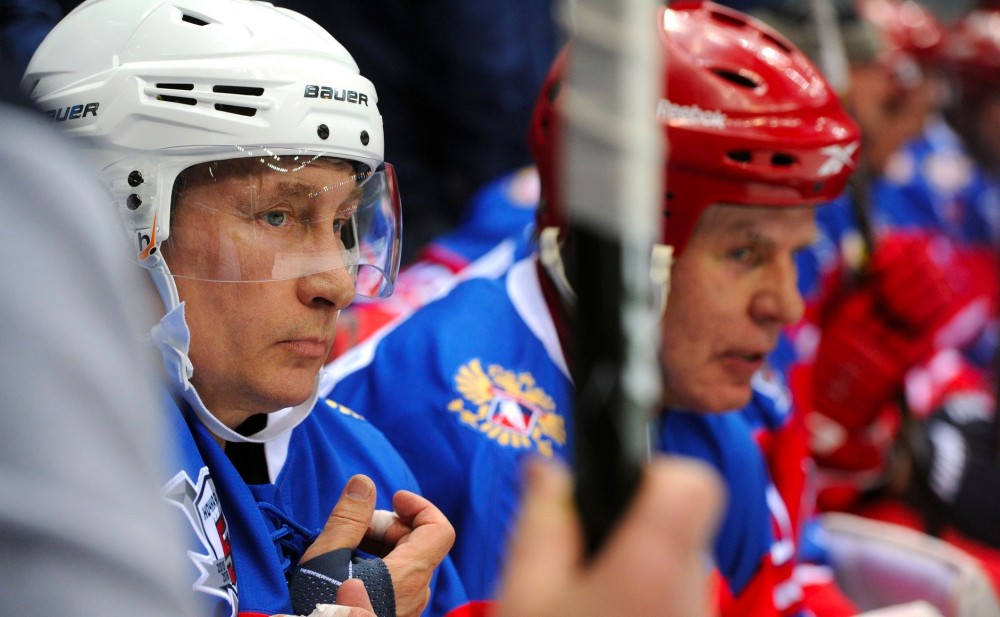 Arctic Ambassador and two-times world champion Vyacheslav Fetisov intends to get the President to the top of the world for a historical ice hockey match.
Read in Russian | Читать по-русски
By

The match will take place in the Barneo ice camp on the 20th April, and the players will all be current and former top players, famous politicians, musicians and actors, Fetisov says to broadcaster Yamal-Region.

Among them will be also Vladimir Putin, he hopes.

It will be the northernmost ever ice hockey match. The North Pole will be only about 100 km away. Ice camp Barneo is built on an ice floe in early April and abandoned as soon as the white sheet gets unstable and breaks up few weeks later. Over the last years, the camp season has significantly shrunk because of troublesome ice conditions and in 2019 the whole project was cancelled before it even started.

The match judge is to be René Fazel, the President of the International Ice Hockey Federation. Fazel is a close friend of both Putin and Fetisov and has on several occasions been in Moscow for gatherings with the Russian political establishment.

«The participants will be politicians on the very highest level, Hollywood stars, famous singers,» Fetisov says and underlines that the objective of the initiative is to raise awareness about Arctic nature and climate change.

«Sport and ecology unite and save the world,» he says.

Fetisov originally planned to organize his Barneo hockey match in 2019. That however was cancelled.

Vladimir Putin has long been a passionate ice hockey enthusiast and himself participated in several show matches, among them in the so-called Night Hockey League. In the matches have participated also a number of powerful Russian government officials, business leaders and sport stars.

Former hockey star Vyacheslav Fetisov is now Russia’s UN Goodwill Ambassador for the Arctic and Antarctic. He has previously held several top government posts, including minister of sports. He has also been the chair of the World Anti-Doping Agency (WADA) Athletes Committee and a key member of bidding committee that presented the Sochi 2014 Olympics to the IOC in 2007.