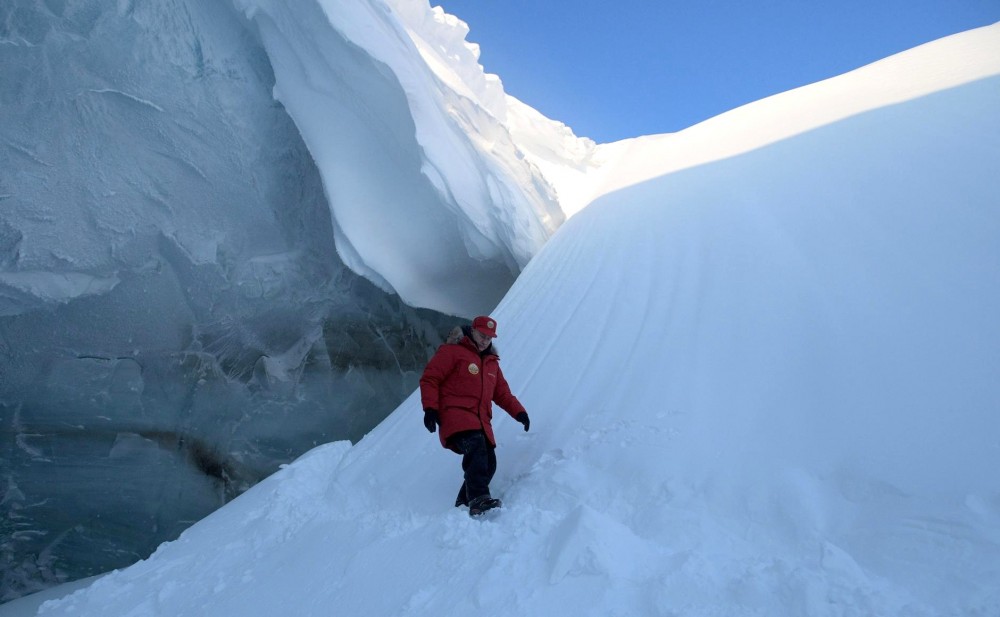 The strategic document paves way for a massive industrialization of the country's far north.
Read in Russian | Читать по-русски
By

The strategy includes Russia’s main objectives, priorities and tasks, as well as mechanisms for implementation of state policy in the region, the Kremlin informs. It was signed by President Putin on the 5th March and came into effect that same day.

The document covers the period until year 2035 and has been authored by the Ministry of the Far East and Arctic. It was approved by government and the national Security Council in late 2019.

According to the Ministry, the new strategic plan pinpoints the country’s key national priorities in the Arctic. It strengthens national sovereignty and territorial integrity, promotes peace, stability and mutually beneficial partnerships, and highlights high life standards for the regional population.

It also prepares the ground for a major natural resource exploitation in the region and helps develop the Northern Sea Route, the ministry informs.

The plan goes hand-in-hand with several new laws and regulations.

On the same day that Putin signed the Arctic document, the country’s State Duma approved new legislation on tax releases for investors in the region. Also this law is authored by the Ministry of the Far East and Arctic.

Moscow wants a massive development of oil, natural gas and other natural resources in the Arctic, and the new laws are to make it all happen.

A significant reduction of investors’ tax burdens is to help develop major new petroleum provinces in remote Arctic waters, across the whole north from the Barents Sea in the west to the Bering Sea in the east.

With the new law comes a lowered 5 percent production tax on all new hydrocarbon projects, of which at least 50 percent of the license area stretches into offshore waters. The tax release cover the first 15 years of production. In addition comes a zero-level production tax on oil projects in the East Arctic, including the in the area where Rosneft and its subsidiary company Vostok Oil intends to develop a major new oil project.

The law also intends to boost the development of new perspective industries in the region, including in the petrochemical sector, the Ministry of the Far East and Arctic informs.

According to government estimates, the proposed tax preferences will lead to as much as 15 trillion rubles (€216 billion) of new investments in the Russian Arctic over the next 15 years.

It is all in line with the requests of President Putin, Deputy Premier Yuri Trutnev explained during a meeting in the country’s Arctic Commission in December 2019. The president has made clear that he wants annual shipments on the Northern Sea Route to reach 80 million tons by year 2025 and government officials are grappling with the last.

«What do we have to do to reach the target?» Yuri Trutnev asked in the Commission meeting and left no doubt about the solution.

According to the high-ranking official, what is needed is a new system of tax preferences for natural resource developers.