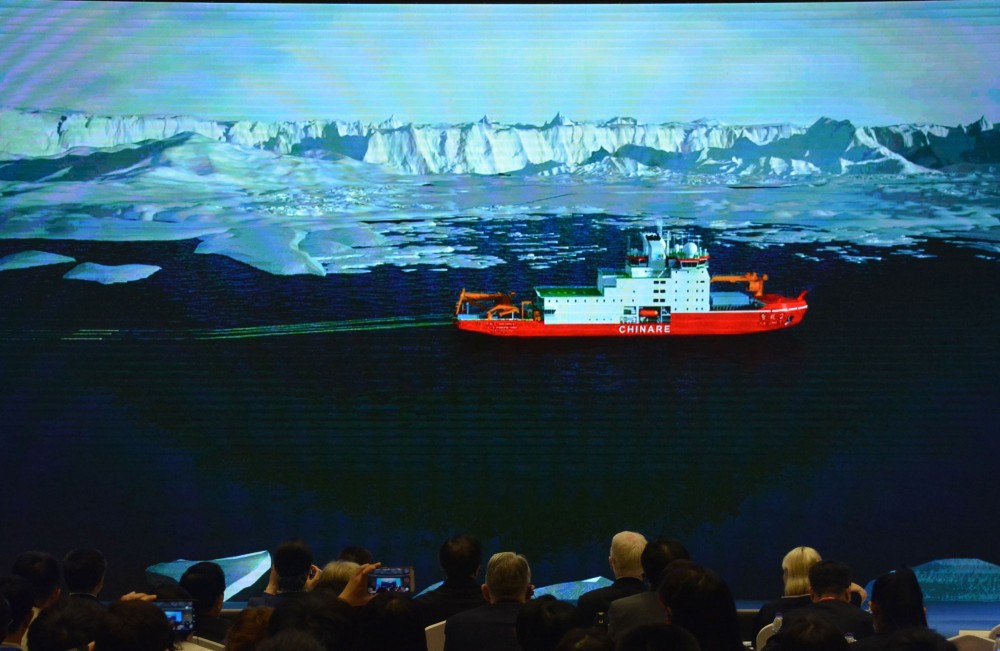 A major number of sediment samples have been collected from the Arctic seabed in the course of the maiden voyage of the Xue Long 2.
Read in Russian | Читать по-русски
By

The ship this week arrived back in its home port of Shanghai after a 2,5 months long Arctic expedition.

In the course of the voyage, researchers successfully took a 18,65 meter long bottom sediment core. It is the biggest ever core of the kind taken in Arctic waters, Xinhua reports. The sediments were taken from 1870 meter depths and will be subject to comprehensive study and analysis, according to the state news agency.

A more than 20 meter long cylindrical gravitational piston was applied in the operation, an expedition research assistant said.

The ship has excellent maneuverability, the researcher underlined.

The 122 meter long vessel on 15th July left Shanghai started its first ever Arctic expedition. The vessel that entered service in 2019 earlier this year completed a voyage to the Antarctica.

The expedition has been organized by the Chinese Ministry of Natural Resources, and included 12,000 nautical miles of sailing.

According to the expedition researchers, a wide range of studies of Arctic ecosystems have been conducted, including the acidification of waters and polluters in rest such as the Chukotka plateau, the Canadian basin and central parts of the Arctic Ocean.

The expedition will help expand the research knowledge of China about climate change in the Arctic and prepare the ground for a solid foundation for more efficient reaction to global climate change, Xinhua reported.

The Xue Long 2 (“Snow Dragon 2”) is owned and managed by the Chinese Polar Institute. The institute has  been instrumental in all of the country’s previous 10 research expedition to the Arctic.

Until now, it has been sister ship Xue Long  that has been applied on the Chinese Arctic expeditions, that have proceeded along Russia’s Northern Sea Route, across the central Arctic Ocean and through Canada’s Northwest Passage

Wang Hong spoke at an event with more than 500 participants from some 30 countries, the largest conference ever in China exclusively with an Arctic focus.