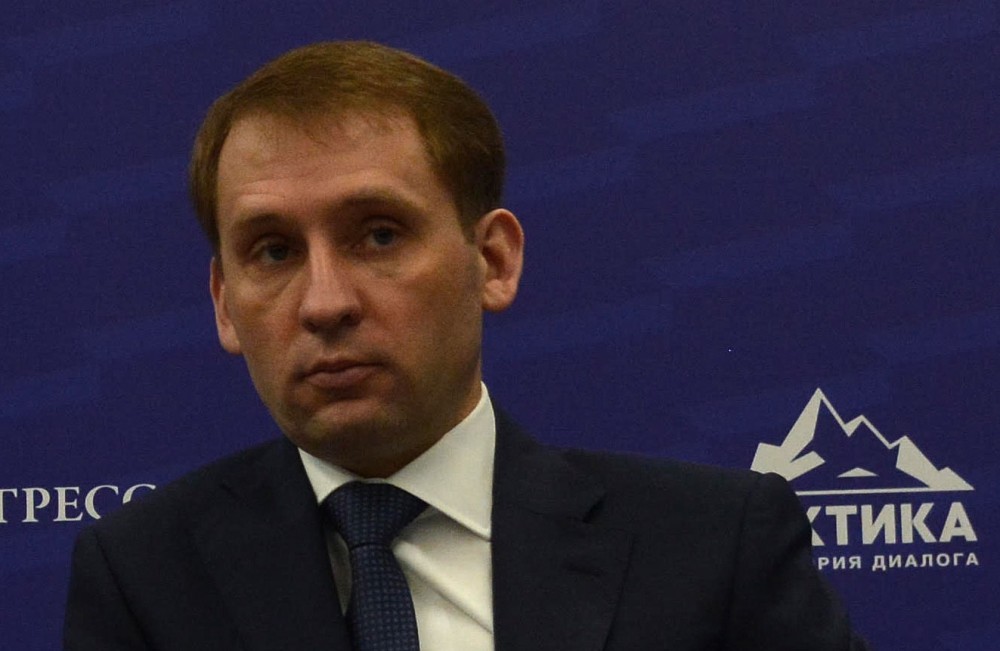 Minister of the Far East and the Arctic Aleksandr Kozlov assures that Putin's requested 80 million tons of goods on the Northern Sea Route will be reached. Photo: Atle Staalesen

Minister of the Far East and Arctic Aleksandr Kozlov leaves no doubt that shipments on the Northern Sea Route will reach 80 million tons in 2024. Far from all government colleagues agree.
Read in Russian | Читать по-русски
By

Only few weeks after leader of Rosatom’s Northern Sea Route Directorate made clear that Putin’s super-ambitious target for Arctic shipments will not be reached, the minister of the Far East and Arctic sends out a clear counter-message:

Shipping on the Northern Sea route will reach 80 million tons in 2024 and the government has a clear plan how to make it happen, Minister Aleksandr Kozlov underlined in a government meeting in Murmansk this week.

Rosatom’s Vyacheslav Rukhsa in early September sent a letter to the Ministry of Transport where he called for a 25 percent reduction in target volumes for 2024.

Only 60 million tons of goods can be shipped on the Russian Arctic route that year, Ruksha explained and added that original target volumes will be met in 2025.

But Kozlov sees the issue otherwise.

In a government meeting on Northern Sea Route developments in Murmansk this week, the minister underlined that the magic 80 million ton limit will indeed be reached in 2024, and he listed the commodities and companies that will be involved in the effort.

According to the minister, natural gas company Novatek will contribute with 35,5 million tons of LNG, of which 20 million will come from the Yamal LNG and 14,7 million from the Arctic LNG 2. In addition comes 0,8 million tons from the Ob LNG.

Up to 30 million tons will be shipped by oil company Rosneft in connection with the Vostok Oil project.

A total of 3,8 million tons of coal will be shipped by company AEON from its Syradasaysky project in Taymyr, and transit shipments from Europe to Asia will amount to 2,3 million tons, Kozlov explained.

All the listed goods total an accumulated 80 million tons, which is exactly what President Vladimir Putin has requested in his much-announced five-year plan.

Prime Minister Mikhail Mishustin and his federal government has adopted a wide range of support mechanisms and invested big sums of federal money in order to meet the Arctic objective of the President.

Among incentives is a zero-level VAT on icebreaker services and transshipment of export goods.

With his shipping plan, Aleksandr Kozlov disputes the expertise of Rosatom and its experienced and much-respected strongman Vyacheslav Ruksha. At the same time, he has ready an exit-strategy. In the meeting in Murmansk, Kozlov underlined that his estimates are dependent on the on-schedule delivery of new icebreakers.

Three powerful nuclear-powered icebreakers are currently being built at the Baltic Yard in St.Petersburg. They are all to be delivered to Rosatom by mid-2024. However, experience shows that the yard is unlikely to meet the time schedules.

Shipping on the Northern Sea Route has increased explosively over the last years, but there is still a very long way to go before the 80 million ton target is met.