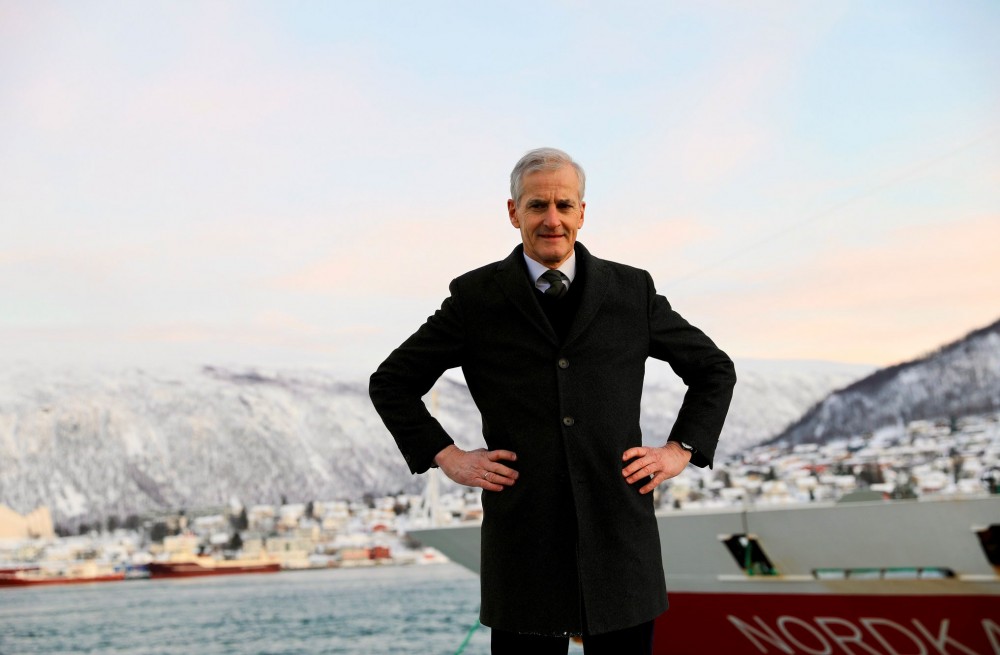 As he is pondering over how to respond to Russia's letter on security guarantees, Prime Minister Støre makes a keynote speech in Tromsø.
Read in Russian | Читать по-русски
By

It is not the first time that Jonas Gahr Støre goes to Tromsø to make a keynote address on the North and relations with Russia. In 2005, his speech at the University of Tromsø outlined a historically new approach towards the powerful neighbor in the east.

Back then, Støre was foreign minister in the government of Jens Stoltenberg, and prospects for big economic growth fueled by cooperation with Russia and energy resources in the Barents Sea seemed real and plausible.

“There is an ocean of opportunities,” Støre said to an audience of students and Arctic academicians and underlined that relations with Russia should be normalized and become open and trustful like between the Nordic countries

The speech outlined several key policy priorities of the newly elected Stoltenberg government. And Foreign Minister Støre soon won praise for his diplomatic work that culminated with the delimitation of 175,000 square kilometers of disputed waters in the Barents Sea in 2010.

In the background lured the prospects of great oil and gas developments in the Barents Sea, and a possible Norwegian-Russian energy partnership.

More than 16 years later, Støre is back in Tromsø, now as prime minister. The great enthusiasm over the North and cooperation with Russia is long gone. But the North is no less important for the Nordic country, and Støre is eager to bring the region back on the national agenda.

Relations with Russia are no longer seen as a potential driver for regional development, rather as a troublesome threat to regional stability.

The speech in Tromsø was a held as Støre prepares a response to the letter on security guarantees sent on 1st of February by Russian Foreign Minister Sergei Lavrov.

Støre did not comment on the letter from Lavrov. But he made very clear that the formerly close relationship with the Russian foreign minister has changed radically.

Describing his brief meeting with Lavrov in late October last year, Støre underlined that the Russian message “is quite another than before.”

According to Støre, the meeting that took place following Lavrov’s participation in the Barents Council meeting, was a held in “a good tone.”

“But the message is quite another than before, to say it mildly,” the prime minister underlined. “It is another partner, another country, in another situation.”

Støre underlined that “a new war in Europe will have consequences for our relationship with Russia, also in the North.”

But he quickly added that the conflict must move into a political track, and that Norway will continue to work for a good and cooperative neighborly relationship with Russia.

Støre, who came to power last October after his Labor Party formed a minority coalition together with the Center Party, has long called for continued dialogue with Russia. The new government’s joint policy document reads that “bilateral cooperation with Russia is to be further developed,” and that “common meeting points” for foreign policy and security dialogue will be established.

The premier in this week’s speech warned about an increasingly tense situation in the North, and said Norway will strengthen its defense capabilities in northern Norway, on land, at sea and in the air, as well as digitally.

At the same time, he made clear that Norway will “contribute to low tensions in its neighborhood areas.”

“Our slogan High North - Low Tension still applies,” he underlined and said that dialogue must proceed. “It is possible to continue to talk even when one very much disagree, at least with neighbors because neighbors always have issues to discuss,” he said.

But he admits it is not easy, because “many of the partners that we once had no longer exist, they are closed, and many are in jail.”

In his speech, Støre also defended his government’s desire to reestablish the counties that were merged during the premiership of Erna Solberg.

According to the prime minister, the northernmost region of Finnmark will live better alone than together with neighboring Troms. “We must think about Finnmark as the region that meets Russia, that meets the Arctic and it must have power, authority and skills on site.”

“This is of great national significance for Norway,” he explained.