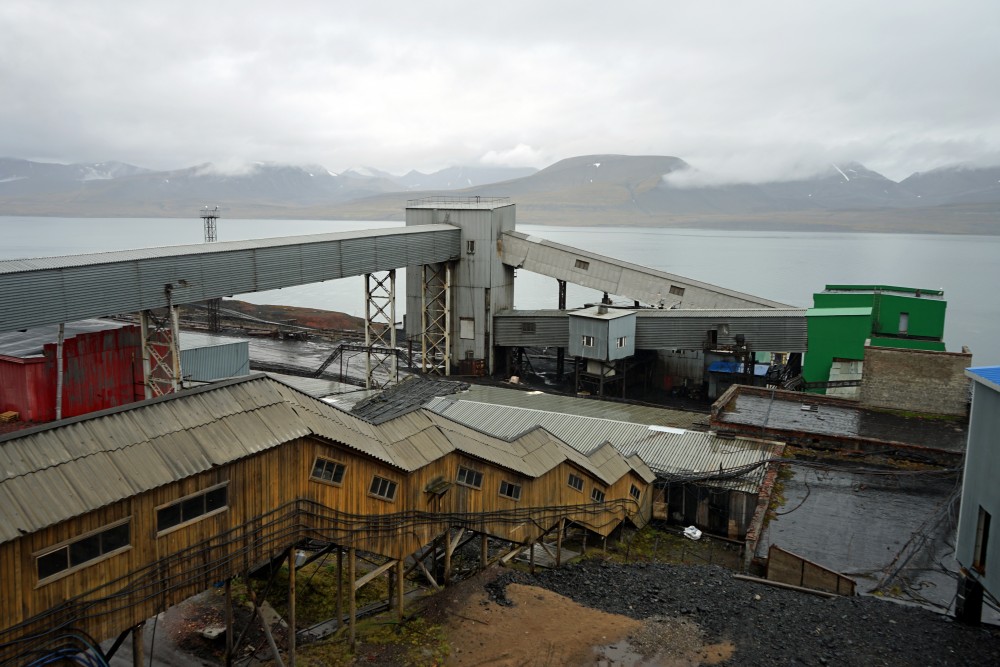 Barentsburg is a Russian coal-mining settlement on the Norwegian archipelago of Svalbard. Photo: Thomas Nilsen

Dilemma solved: Two containers with food supplies that were stopped on the land border to Norway are now underway towards Svalbard.
Read in Russian | Читать по-русски
By

A Norwegian transporter last weekend drove the two containers from Storskog checkpoint and about 800 km along the road to Tromsø. From there, a cargo boat sails the goods north to Svalbard, national broadcaster NRK reports.

Spokesperson with the Ministry of Foreign Affairs, Ane Haavardsdatter Lunde, said there has been a dialogue with Russian authorities to find a solution.

“We have been in contact with the embassy in Oslo via the Russian Ministry of Foreign Affairs and via the Governor of Svalbard. We are glad that this case has been resolved in a good way. We hope that the Russians are too,” she said to NRK.

The transportation amounts to only about 20 tons, but the Russian truck drivers that came to the Norwegian border from Murmansk in June were not allowed to enter. Like other European nations, Norway has closed its seaports and land border for Russian cargo traffic under the EU’s 5th package of sanctions.

The Norwegian decision triggered anger in downtown Moscow, but Russian authorities failed to explain why the cargo couldn’t be shipped directly from Murmansk by boat to Svalbard instead of going in transit via mainland Norway.

Russian media has compared the “blockage” of goods to Svalbard with Lithuania’s restrictions on Russian transit cargo by rail to Kaliningrad.

Others, like the deputy speaker in the Russian Federation Council, Konstantin  Kosachev, have claimed that Norway’s unwillingness to facilitate transportation of goods to the mining community in Barentsburg is a violation of the 1920 Svalbard Treaty.