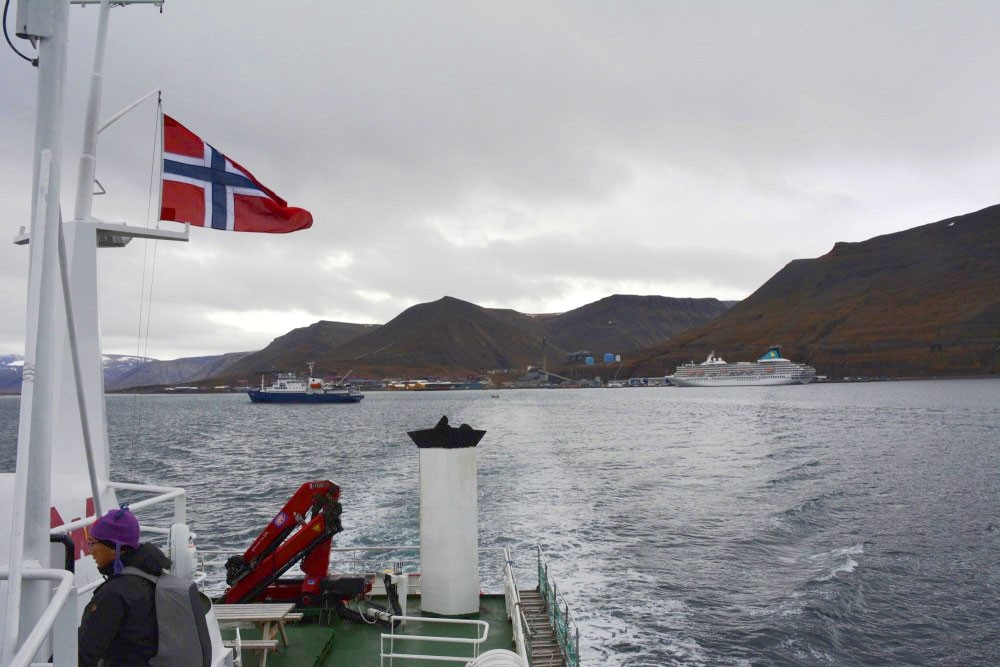 Norway is violating the Svalbard Treaty from 1920, says Deputy Speaker in the Russian Federation Council Konstantin Kosachev following the Nordic country's unwillingness to facilitate transportation of Russian goods to the archipelago.
Read in Russian | Читать по-русски
By

The Norwegian decision not to allow the transportation of food supplies destined Svalbard through its border-crossing point at Storskog has triggered anger in downtown Moscow.

The Russians could have shipped the goods from Murmansk to the archipelago themselves, but instead insist that the delivery is made by Norwegian ships from the port of Tromsø.

Two containers with 7 tons of supplies were first sent from Murmansk towards Storskog where they were halted. Like other European nations, Norway has closed its seaports and land border for Russian cargo traffic under the EU’s 5th package of sanctions.

According to Konstantin Kosachev, Norwegian authorities are now deliberately trying to prevent Russian coal miners in Svalbard from getting food supplies. “It is immoral in its essence, and it violates human rights and the principles of humanism,” the legislator writes on his Telegram channel.

In addition, it is also a violation of the Svalbard Treaty, Kosachev argues, and explains that Russia and other signatory states recognise Norway’s sovereignty over the archipelago only on the condition that the country adheres to the conditions of the agreement.

According to the top Russian legislator, Norway is now violating Article 3 of the treaty. The article regulates issues of transportation.

Konstantin Kosachev has been high-profile legislator since the early 2000s. For almost 15 years he was in charge of foreign relations in the two chambers of the Russian parliament, first in the State Duma and then in the Federation Council. In 2021 he was appointed Deputy Speaker of the latter.

His comments on the Svalbard case come only few hours after he held talks with rebels from the so called Luhansk People’s Republic.

The Norwegian ban soon got the attention also of Andrei Klishas, Chair of the Committee on Constitutional Legislation.

According to Klishas, “the sovereignty of this country [Norway] over Spitsbergen is now under big question.”

On his Telegram channel, the top legislator underlines that “our citizens at Spitsbergen must be provided everything necessary, and their security must be fully guaranteed.”

Before his election to the Federation Council in 2012, Klishas had several top jobs in companies like Interros and Nornickel.

It is far from the first time that Russian politicians and top officials raise their voices against Norway’s management of Svalbard. As the Nordic country in 2020 celebrated the 100-years anniversary of the Svalbard Treaty, Russian Foreign Minister Sergei Lavrov sent a letter to his Norwegian counterpart where he underlined that Russia feels discriminated on the archipelago. He also called for “bilateral consultations” on local management issues.

In a comment, Norwegian Foreign Minister Anniken Huitfeldt underlines that Norway does not violate the Svalbard Treaty and that it also does not seek to prevent goods deliveries to the settlement of Barentsburg. “The delivery was halted on the Norwegian-Russian border because of the sanctions that prohibit Russian road transportation companies to transport goods on Norwegian territory,” she writes in an email to the Barents Observer.

At the same time, the foreign minister underlines that Svalbard is exempted from the ban on port calls by Russian vessels and that “Norway has signalled willingness to consider exemptions also on the flight ban.”

She also stresses that there will not be a food shortage crisis in Barentsburg.

“Norwegian authorities represented by the Governor of Svalbard has good contact with the population in Barentsburg. This is a Norwegian settlement and the situation can be considered as normal. The inhabitants have access to food and medicine.”

The statements from the Foreign Minister are echoed by Øystein Jensen, Research Professor at the Fridtjof Nansen Institute. The goods delivery issue at Storskog can in no way be connected with the Svalbard Treaty, he underlines in a comment to the Barents Observer.

“The Svalbard Treaty does not apply at Storskog, and that issue can not even be taken seriously,” he underlines.

He also stresses that there can be no question about Norwegian sovereignty over Svalbard and that the recent statements from the Russian side could be seen as a political move implicating that Russia should for example pull out of the treaty.

“Norwegian sovereignty is the most important issue in the treaty, [and] the sovereignty applies also for states that are not part of the treaty because of customary law,” he explains.

The recent statements must be seen in the light of the current political situation, Jensen argues.

“I guess the comments fall in line with everything coming from Russia these days.”