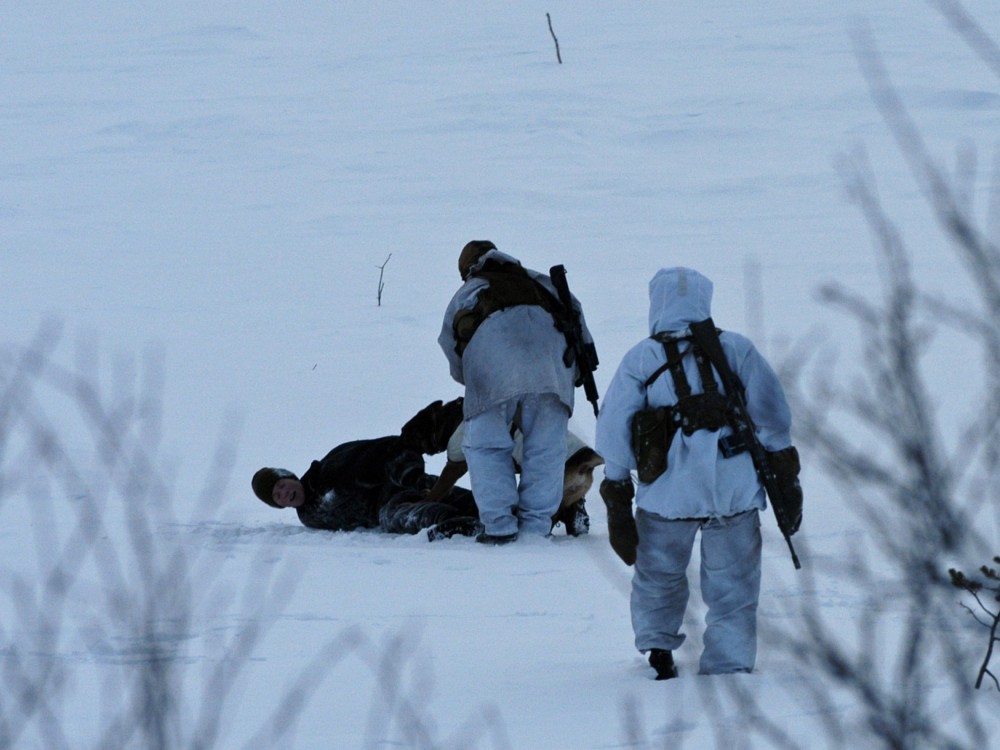 For the seventh time in less than a year, migrants have illegally tried to make it to Norway from the Kola Peninsula.
Read in Russian | Читать по-русски
By

On Monday, a Tunisian citizen was arrested after he made it through physical barrier on the border in the Pechenga region, Murmanski Vestnik reports. The person was caught 150 meters inside the barrier as he was heading through the snow towards the borderline.

No details are given on where along the 196 kilometres long Russian-Norwegian border the man was stopped. On Monday, temperatures varied from -27º Celsius in the southern sector to -20º Celsius in the north. Deep snow makes it additional difficult to run in the wilderness.

The illegal attempt to cross the state border was first unknown to Norwegian border authorities when contacted by the Barents Observer.

“No, that is unknown to me,” says Border Commissioner Roger Jakobsen by phone. An hour later on Monday evening, Jakobsen calls back and tells he now has been informed by the Russian side about the arrest near the border fence.

The Border Commissioner is the officer in charge of staying in contact with FSB Border Guards when incidents along Schengen’s northernmost border to Russia happen. Norway’s border to Russia is likely Schengen’s least troublesome external border with very few illegal border crossings, although there have been more attempts in the recent year.

“I’m actually not much concerned about the illegal attempts we have seen so far,” Roger Jakobsen says. “We do have a good cooperation with the Russian border guards,” he tells.

Like Jakobsen, Chief of Police in Finnmark Ellen Katrine Hætta was also not aware of the arrested Tunisian citizen. She is, however, not worried about the recent increase in attempts to cross the border illegally.

“I’m not worried. Russian border guards are doing a good job and it is of common interest that it is quiet at the border,” she says.

The Tunisian arrested on Monday is now in custody and will be charged for illegal border crossing.

7th illegal attempt in a year

This was the seventh time last year that migrants were arrested in attempt to cross the border to Norway.

In late January, three Afghans who illegally tried to cross the border from Russia to Norway were sentenced to six months behind bars. They were detained inside the closed border zone in September 2017.

In August 2017, a Syrian citizen was arrested after he climbed the through the barbed wire fence. In July, two other Syrians made it through the fence, but were detained before they reached the borderline. In June, four Moroccans were arrested and in March, two Iranians were halted.