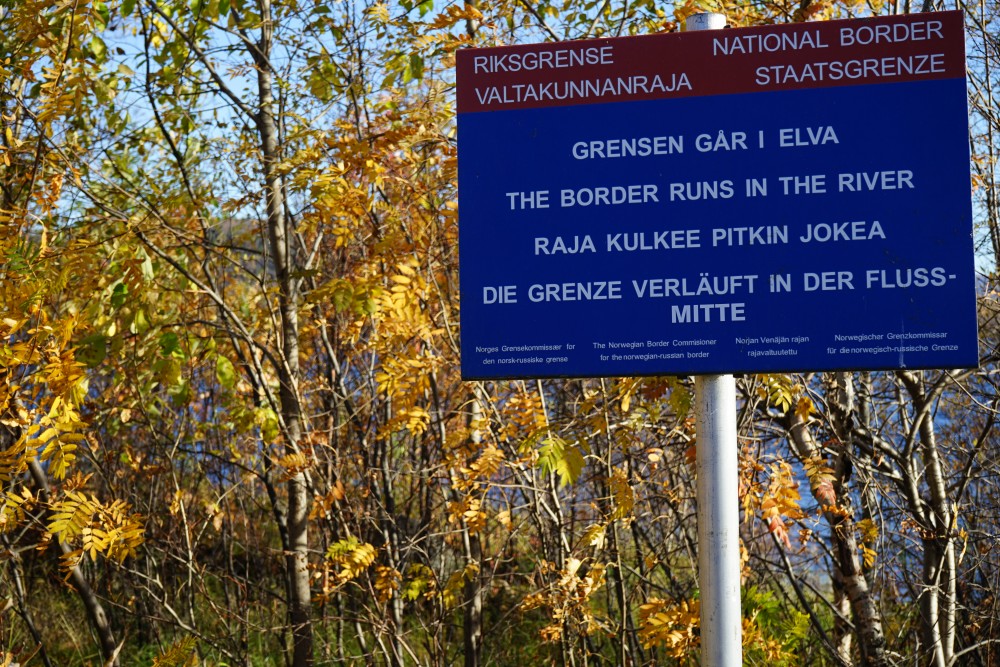 Russia just got a “longer” border to Norway

10 years of comprehensive field work, measurements and formal diplomatic talks are completed as the new border agreement was signed in Moscow on Wednesday.
Read in Russian | Читать по-русски
By

The Russian-Norwegian land border is with two signatures on a paper made two kilometers longer. From 195,7 km to 197,7 km.

“I guess we in everyday-talk will say it is 198 km long,” tells Border Commissioner Roger Jakobsen on phone from Moscow.

Jakobsen is happy the deal is formally signed. “We have worked on this for 10 years. The agreement signed today consists of 1,500 pages, including nearly 400 protocols.”

There is one detailed protocol for each of the 396 pairs of border poles. The poles, standing opposite each other, are followed by a text in the agreement telling where the exact borderline goes. The original border agreement from 1826 says the borderline follows the deepest point of the river.

Last time a joint commission defined the border was in 1947, then between Norway and the Soviet Union.

Exact measurements have now been made in the field. And here is the reason why the border today is longer than yesterday: The deepest parts of the river today are not always where it was in 1947.

Also, equipment for measuring distances today is somewhat better than just after Second World War when a straight line was easier to draw than a curved digitally calculated line of today.

During fieldwork, both photos from air and measurements of water depth have been made.

Some places, the recalculated borderline gives Russia a few more square meters, while other places Norway gets additional river waters.

The border agreement between Norway and Russia says such commission should review the border once every 25 year. One of the reasons why it this time took 71 years, is for instance that the Soviet Union collapsed in late 1991. In the 1970s, several hydro-power plants were built in the Pasvik River, changing the water flow at many places.

Also, Russia borders another 13 countries, and the border to Norway has not been the most urgent to settle. The two countries have never been in war with each other. Last year, Russia and Finland came to a renewed agreement on their common border.

Roger Jakobsen says there are five areas in the Pasvik River and seven areas along the Grense Jakobselv where the border is changed. This are places where the deepest part of the river have moved one or another direction since 1947.

“Both countries have equal rights to use the border rivers, a principle which has been important to maintain in the new agreement,” says Jakobsen. He says the new deal will make it easier to navigate small boats on the Pasvik River. Before, there have been some parts where Norwegians had to sail some few meters into the Russian side to get through due to rocks or streams making it impossible to navigate just on one side of the borderline.

“Clear and precise borders with our neighboring countries are important for Norway. I am therefore pleased that today we have signed a new agreement that provides a detailed and up-to-date description of the border with Russia based on modern technology,” says Norway’s Foreign Minister Ine Eriksen Søreide in a statement posted on the ministry’s portal.

“This is important not least for locals and others who travel along the border. The agreement is the result of a good and thorough cooperation between professional authorities in our two countries,” Eriksen Søreide says.

Now, the hope is to have the signed agreement approved by both Norway and Russia before Christmas. To do so, each side has to exchange notes.

“For us, the best is to have the agreement in force before the snow mobile season starts,” says Border Commissioner Roger Jakobsen.

While it on the Russian side of the border is a FSB-controlled no-go zone of several kilometers, Norwegians have freedom to move to near the borderline. That includes driving snowmobile at a pre-defined route on the river ice during winter.

It is the Norwegian and Russian ministries of foreign affairs that have been in charge of the work in the joint border commission. One of the persons involved in the field work and official meetings is Frode Berg, the retired Norwegian border inspector who was arrested in Moscow in December last year accused of espionage.

Frode Berg has not plead guilty in espionage, but has according to his lawyers admitted being a courier, bringing money to Moscow on behalf of Norway’s military intelligence.

Berg is still isolated in Lefortovo high security prison, a few tens of blocks away from where the agreement was signed on Wednesday.