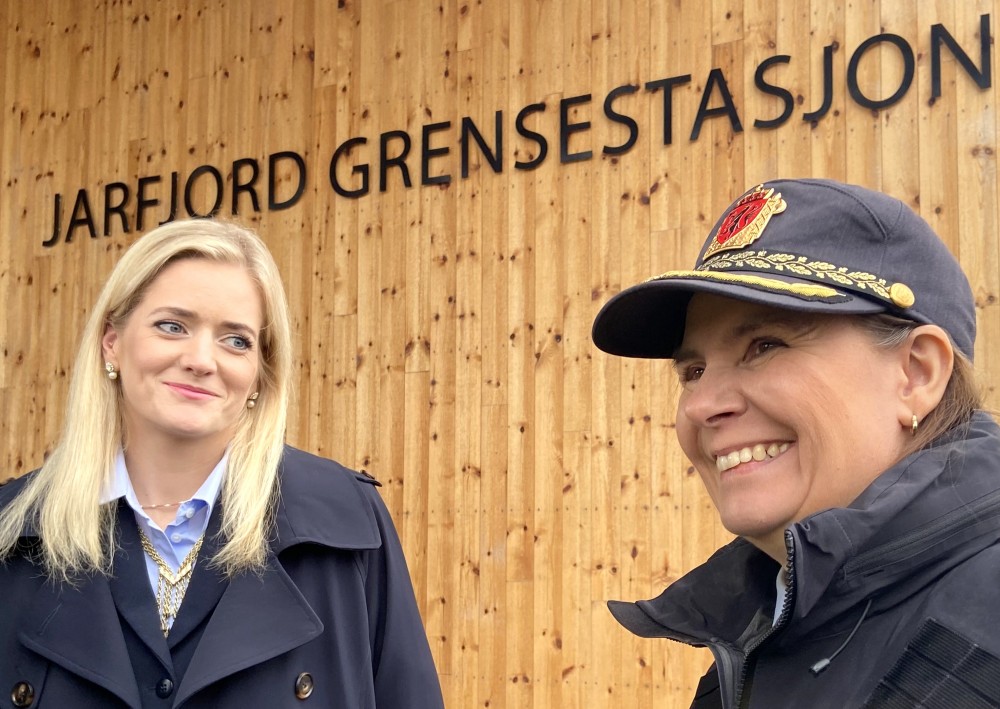 Norwegian police and border guard forces are monitoring very thoroughly all movements from Russia and are ready to take action if needed.
Read in Russian | Читать по-русски
By

Norway could quickly join European neighbors in limiting Russians into the country if deemed necessary.

“Border can be closed in a few hours’ notice,” said Minister of Justice, Emilie Enger Mehl when she Sunday flew north and joined a police helicopter’s patrol along the autumn-colored wilderness in the border area.

So far, only four people have walked the bush, entering Norway illegally since Russia escalated its war on Ukraine in early 2022, one in June and three in August.

The incidents happened in the Jarfjord mountain area, where the minister together with local police in charge of guarding the border flew the patrol helicopter. The dedicated police chopper came north from Oslo on Friday and will stay as long as needed.

About 2,000 young men that hold a valid Schengen travel visa have entered Norway in the north since the mobilization was announced on September 21.

Minister Enger Mehl, though, said the numbers “are not very high.” At other exit points, like at the borders to Kazhakstan and Georgia where visa-free travel is allowed, more than 200,000 Russians have left over the last 12 days.

Relatively low numbers are the reason Norway, for now, has decided not to close for tourist visa travelers like Finland, the Baltic states and Poland recently have done.

“But, as Finland now has closed the border, and we have the last open checkpoint, we should be prepared for rapid changes,” the minister said. “The war in Ukraine causes changes all the time.”

Winter is soon coming, and Emilie Enger Mehl said it “is a real concern” that people could start walking in the terrain. “This is one reason why we have not closed for legal travelers”.

Asked by the Barents Observer about providing the border guards with a surveillance drone, the minister said: “It is absolutely a possibility that new enhanced measures can come here.” Enger Mehl, however, would not conclude.

The Justice Minister added that Norway is not planning to build a border fence at Jarfjord mountain, the area where the border with Russia is not in a river. Finland recently announced it considers to build a 130 to 260 kilometers long border fence to Russia in the south.

The Norwegian-Russian land border is 198 kilometers long and is considered to be the least troubled of all external Schengen borders in terms of illegal immigration.

Norway has military border guards patrolling the land border with Russia, but it is the police that formally is in charge of law enforcement.

Soldiers operating along the border have police authority.

The international high tensions with Russia make the guarding mission more on alert than ever before. Viktoria Lewinsen and Ida Krempig are two of the soldiers assigned to 18-month conscription with the Garrison of Sør-Varanger (GSV). Reconnaissance patrols are a bit more exciting nowadays they admit.

“We have to be ready to find people that have crossed the border illegally,” said Ida Krempig. She normally patrols the border as a dog handler and has to be prepared to be called out day or night, in summer and winter.

The GSV is part of the Army and consists of a Training Company, a Support Company, and a Border Company. The garrison near Kirkenes is also reinforced with a ranger Ranger Company that specializes in invasion defense and is tasked to ensure Norwegian sovereignty. The border is also NATO’s northernmost land border with the heavily militarized Kola Peninsula where Russia has its fleet of ballistic missile submarines.

“It is a very rewarding service to be here up north,” said Viktoria Lewinsen. She looks forward to winter soon coming.

“Patrol tasks will be more challenging with the darkness, but it will also be easier to detect footprints in the snow,” Conscript Lewinsen said.