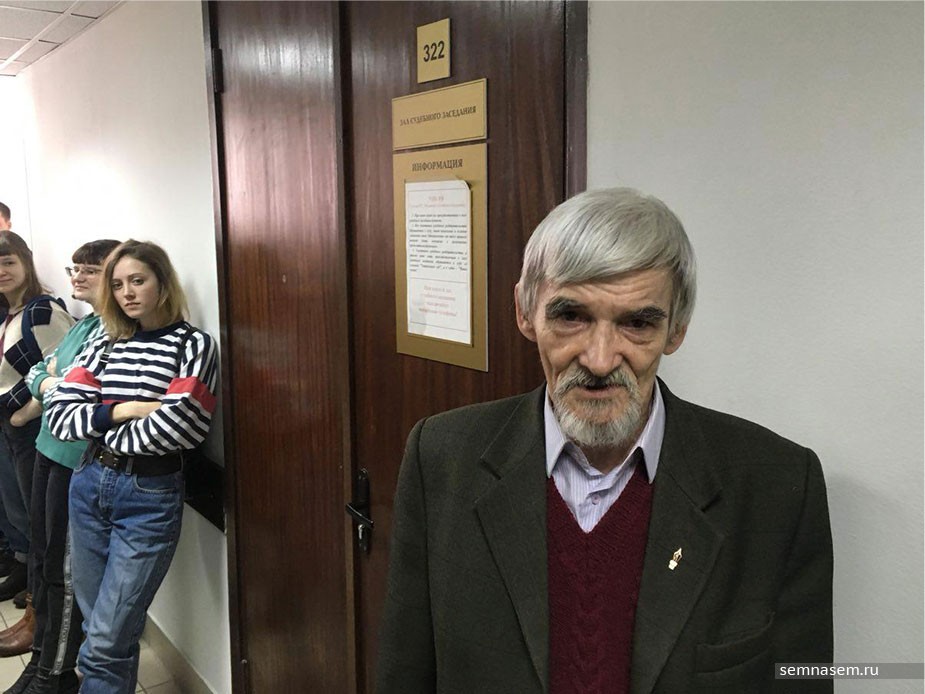 Yuri Dmitriev is back in court. Photo: Sergey Markelov, 7x7-journal.ru

Guilty on all points, says the regional prosecutor after a court hearing this week.
Read in Russian | Читать по-русски
By

Yuri Dmitriev was released from jail in late January, and many hoped that the nightmare of the acknowledged historian had come to an end. However, his case is far from over. On Tuesday this week regional Prosecutor Yelena Askerova made clear that she wants Dmitriev behind bars for nine years, 7x7-journal reports.

Yuri Dmitriev is the one who discovered the Stalin-era mass graves in Sandormokh, Karelia, and he has written many books about the atrocities of the period. On 13th December 2016, he was arrested and charged for production of child pornography. Later, the charges were extended to also sexual abuse and illegal possession of weapons.

According to Memorial, the civil rights organization, the criminal case against Dmitriev has been politically motivated and aimed at stopping the activist from commemorating victims of Stalinist repressions.

Yuri Dmitriev is himself head of the regional unit of Memorial in Karelia.

Prosecutor Askerova spoke for ninety minutes in Tuesday’s court hearing in Petrozavodsk and concluded that Dmitriev is guilty on all charges.

«They have not listened to the arguments of the defense, the specialists, nor the conclusions of the last two expert reports», he says to 7x7.

«The repressive machine is moving ahead».