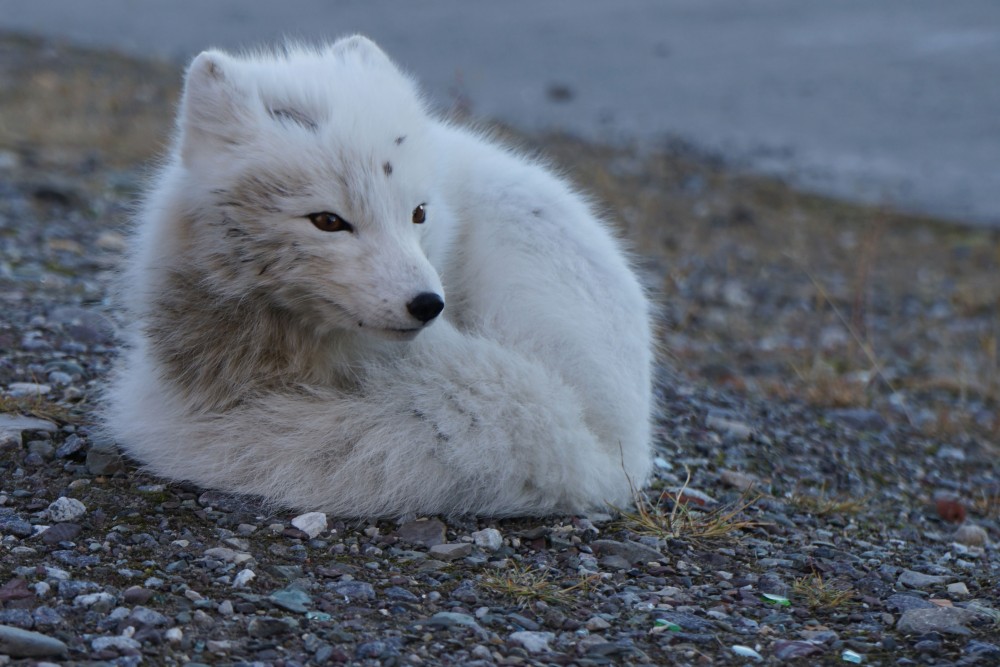 The Arctic fox is waiting for a delayed winter. 9.4 °C measured at the weather station in Reindalspasset just after midnight on November 12.
Read in Russian | Читать по-русски
By

“It is the highest temperature officially recorded in Svalbard during November,” says Climate Scientist Ketil Isaksen with the Norwegian Meteorological Institute in a tweet.

Today a maximum temperature of 9.4 °C was recorded at our new weather station in Reindalspasset in the high #Arctic Svalbard (78°N). It is the highest temperature officially recorded in #Svalbard during November pic.twitter.com/3p5ni3dFRI

At Longyearbyen airport, the peak temperature last night reached 9,2 °C for a short period, nearly two degrees warmer than the last November record measured in 1975 when the thermometer reached 7,5 °C. Historically, average November temperature for Longyearbyen is a low of -10,1 °C and high of -5,1 °C.

The sun is now under the horizon for a Polar Night that last until early March.

Last night’s heat follows a pattern of extreme temperatures for the European and Russian Arctic this summer and fall. Average temperature at the Russian archipelago of Severnaya Zemlya north of the Siberian mainland was as much as ten degrees Celsius warmer than normal in October.

In July, Longyearbyen at Svalbard had new heat record ever for the Norwegian Arctic with 21,7°C.

The Norwegian meteorological institute explains the heat with the negative spiral caused by climate change. Less sea-ice and less white snow-covered land mean less of the sunlight being reflected back to space. Darker waters-surface and soil absorbs more heat, again accelerating the permafrost thaw and causes more sea-ice to melt.

If global emissions continue to increase like today, the annual average temperature at Svalbard will be above zero degrees by the end of this century, the meteorological institute predicts.

Some periods have seen 12-14 degrees over normal around Longyearbyen. The old saying about the “Arctic warms twice as fast as the rest of the world” is no longer valid.

Truth is, the Arctic warms at least 3 times faster than global average.