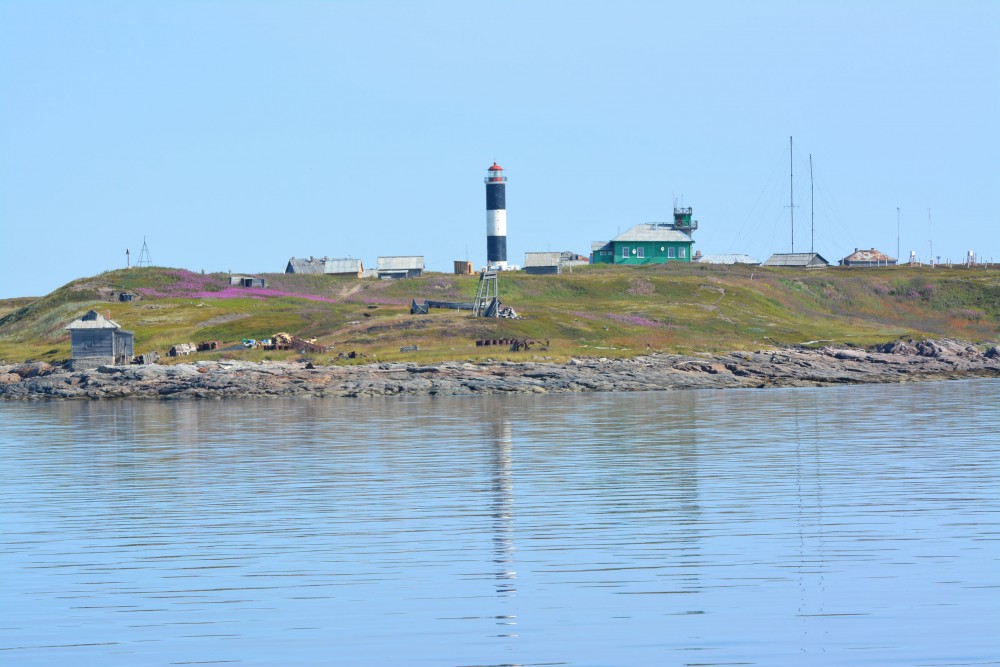 The permafrost island of Sosnovets in the White Sea had more than 20 °C on Wednesday. Photo: Thomas Nilsen

Up to 27 °C in the Arctic town of Naryan-Mar is expected for Thursday, a weather forecast that literarily could set the agenda for Russia's chairmanship of the Arctic Council.
Read in Russian | Читать по-русски
By

The last week has been exceptionally warm along the shores of the White Sea and the eastern Barents Sea. On Wednesday, temperatures reached over 30 ºC all north to the Arctic Circle. Western Russian Arctic is now 20-24 ºC hotter than normal for this time of May.

The Norwegian metrological forecast service yr.no says Thursday, May 20 could reach 27 ºC in the capital of Nenets Autonomous Okrug on the northern tundra coast to the Barents Sea.

Further east, in Salekhard by the Ob river, the heat is expected to climb to 26 ºC on Friday. Salekhard is also by the Arctic Circle.

In Arkhangelsk, locals are already posting social media pictures of themself sunbathing on the banks of the Northern Dvina with temperatures forecasted to be 29 ºC at the same time as Foreign Minister Sergey Lavrov will take over the Arctic Council’s rotating chairmanship from Iceland in Reykjavik.

London-based Meteorologist Scott Duncan has made an animation of the current heatwave in the Russian Arctic, as he explains how the area was warmer than most holiday destinations by the Mediterranean.

Truly exceptional for any time of the year but mind-boggling for May. More updates to follow. pic.twitter.com/2CTTykUW3F

In Moscow, a 100 years old temperature record was beaten for the second day in a row Tuesday. The mercury in the Russian capital rose to 29.2 degrees Celsius, beating the previous record set in 1897 by 0.1 degrees, The Moscow Times reported.

Climate changes will be top on the agenda at the 12th Ministerial meeting of the Arctic Council. The meeting at the Harpa Center in Reykjavik will be live-streamed here as it starts at 08.30 Icelandic time (GMT).

The Council, which started out 25 years ago, was originally a follow-up result of the first circumpolar environmental protection conference in Rovaniemi in 1991.

Environment and ecological science is still core for the Arctic Council cooperation, today with the main focus on the climate crisis that hits the Arctic more dramatically than most places on earth.

On Monday this week, the International Energy Agency presented a landmark report calling on global leaders to drop all new plans to extract fossil fuels if to reach the goal of net-zero emissions by 2050.

The report, though, presents a pathway heading in another clean energy direction than Russia’s priorities in the Arctic, which to a large extent is giving priority to drilling and digging for more oil, gas and coal.

Russia’s Arctic Ambassador Nikolai Kurchunov said in a recent interview that climate adaptation is one of the priorities for Moscow’s two-year rotating chairmanship.

Last autumn, President Vladimir Putin put his signature under the document that outlines the country’s main Arctic priorities for the period until 2035. The new guiding document for the vast northern territories includes plenty of focus on oil, natural gas and shipping, and only few words about climate change and green energy.