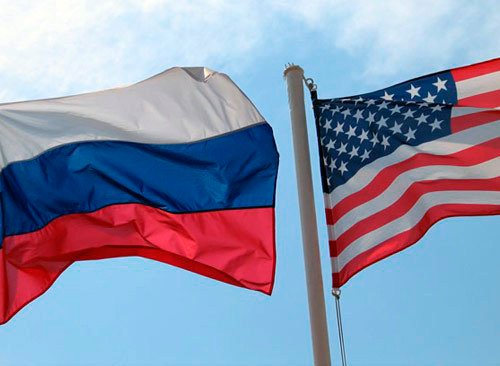 But we will call for resumption of annual meetings between leaders of the Arctic countries' general staffs, says Russia's Arctic Ambassador Nikolai Korchunov.
Read in Russian | Читать по-русски
By

Korchunov is Ambassador at large and has headed Russia’s delegation to the Arctic Council since 2018. He is likely to play a key role also during the upcoming Russian chairmanship period.

Moscow takes over the chair of the Council in a ministerial meeting in Reykjavik, Iceland, on the 20th of May.

In a recent interview with newspaper Kommersant, Korchunov outlines key priorities for the two-year rotating chairmanship, among them climate adaptation, biodiversity, natural resource exploitation and the Northern Sea Route.

Military issues will not be specifically raised, because the founding agreement for the Arctic cooperation - the Ottawa Declaration from 1996 - excludes questions of military security, Korchunov explains.

“And after all, we take for granted that there will not be any problem in the Arctic that requires a military solution,” he underlines.

However, the high-ranking official from the Foreign Ministry makes clear that Russia will actively support a resumption of annual meetings between leaders of the Arctic countries’ Armed Forces.

“In order to prevent a degradation of the military-political situation in the Arctic, it is in Russia’s interest to support a resumption of the annual meetings between Arctic leaders of the general staffs that was halted in 2014,” Korchunov says and adds that it would be an “efficient measure to strengthen trust and security in the region.”

The first step in resumption of cooperation can be the launch of a dialogue on the level of military experts, the ambassador argues.

Korchunov in the same interview also leaves no doubt that there is an increasingly difficult security situation in the Arctic and that Western countries carry the main blame.

“The conflict potential in the Arctic is indeed increasing,” the Ambassador says and points at a growing number of NATO exercises in the north and especially the sailing of US and British vessels into the Barents Sea in May 2020.

Meanwhile, Russia’s military buildup in the Arctic is exclusively aimed at providing security and stability for the country’s major economic projects in the region, Korchunov makes clear. And it is not aimed at any foreign power.

“The military activities of Russia in the Arctic do not violate any international obligations, are not aimed at any of the countries in the Arctic region and do not pose any threat to their national security,” he underlines.

The statement from Nikolai Korchunov comes after representatives of the Russian Security Council repeatedly have signaled that military issues should be addressed during the Arctic Council chairmanship.

Deputy Head of the Security Council Dmitry Medvedev in October 2020 said that “the new realities [in the region] must now also be reflected in the work of intergovernmental organizations.” And one of the most significant of those platforms is the Arctic Council, the powerful state official underlined.

In August 2020, the Security Council established a new Arctic Commission that is to “analyze the international and social-economic situation in the Arctic zone,” including military-political issues.

The upcoming chairmanship is also attracting the attention of Defense Minister Sergei Shoigu. In a recent meeting in the Russian Geographical Society, Shoigu underlined that “the chairmanship period in the Arctic Council provides an opportunity to strengthen our country’s role as coordinator and initiator of many regional programs.” The defense minster is President of the Geographical Society.

However, the Kremlin at the same time sees the Arctic Council as a potential platform for rapprochement with the USA.

In an interview with RIA Novosti, First Deputy Secretary of the Russian Security Council Yuri Averyanov stresses that “the Arctic is one of few fields where Russia and the USA successfully manage to have a dialogue on a decent level.”

According to Averyanov, the reason is that the Arctic agenda first of all includes “practical questions” like coast guard coordination, fisheries management and safe shipping

“This is a good model also for other fields of Russian-American relations: to start with concrete and practical questions and then move on with more general issues,” he argues.

Averyanov is less happy with the role of Western environmentalists and NGOs.

“We often see that western environmentalists fiercely protest against our projects, although on the western side of the border foreign companies continue to work, and they are not confronted with a word.”

According to the high-ranking national security official, western countries tend to use environmental issues as an “instrument of pressure, discrimination and improper competition.”

“For example, under the pretext of environmental marine protection our Russian fishing vessels are squeezed from the Fishery Protection Zone around Spitsbergen,” he says.

“In order to prevent the appearance of such risks,[…] it is important to intensely study threats to national security posed by foreign companies involved in the development of huge investment projects in the Arctic,” he underlines.

Russia’s two-year chairmanship period will include as many as 88 events, of which 50 will be officially organized by the chair and the remaining 38 will be unofficial held under there auspices of the Council, Presidential Adviser Anton Kobyakov confirms.

The 50 official events will alone have 12,500 participants, he said in a recent meeting in the organizing committee.

A total of 17 government bodies will be involved in the organization of the event, along with 11 federal subjects, 12 NGOs and academic institutions, and three companies — Rosatom, Sovcomflot and Nornickel.