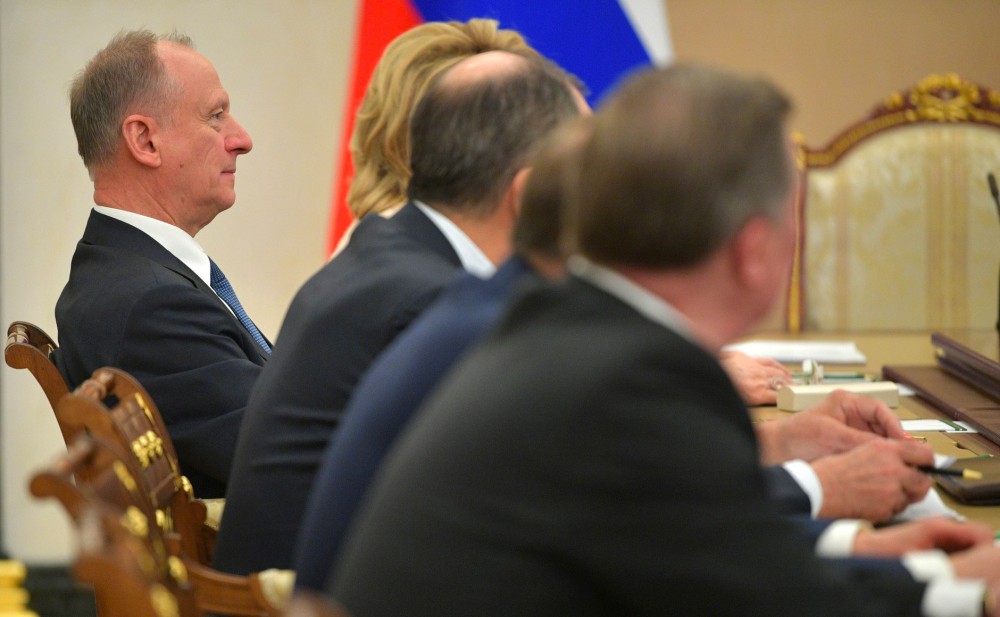 Nikolay Patrushev is Secretary at the Russian Security Council and has for years engaged in Arctic issues. Photo: Kremlin

The Russian Security Council is given an expanded position in the management of national interests in the Arctic.
Read in Russian | Читать по-русски
By

According to a decree signed by President Putin on the 25th August, the Security Council is to establish a special commission that will promote Russian national interests in the far northern region.

Among its responsibilities will be “analysis of the international and social-economic situation in the Arctic zone”. That includes also military-political issues, the Security Council informs.

The Commission will also “evaluate progress in development of national strategic priorities in the region and help reveal domestic and external threats to national security.”

The new body will convene at least once every six month, and include 31 individuals, all of them key representatives of Russian federal and regional authorities. At its helm will be Dmitry Medvedev, the former president and prime minister, now Deputy Head of the Security Council.

Medvedev will have as his assistant Deputy Prime Minister Yuri Trutnev and one of the deputy heads of the Security Council. Among the Commission members will be deputy speakers of parliament, both the State Duma and the Federation Council, as well as top leaders from a series of federal ministries, including Minister of Foreign Affairs Sergey Lavrov and Minister of Defense Sergey Shoigu, news agency TASS reports.

It is not unlikely that the new commission will partly replace the responsibilities of the existing Arctic Commission, a body headed by Yuri Trutnev.

The establishment of the new commission comes less than a year ahead of Russia’s takeover of the rotating chair of the Arctic Council.

Both Dmitry Medvedev and his assistant Nikolay Petrushev might ultimately play key roles in the management of the international Arctic body.

Russia will take over the chairmanship from Iceland in May 2021.

The Russian Security Council has for several years actively engaged in Arctic issues. Under the auspices of its Secretary Nikolay Patrushev, the Council has organized a number of Arctic meetings with high-ranking international guests.

In October 2019, Patrushev organized his 8th so-called International Meeting of representatives of Arctic Council members and observer states in the Karelian island of Valaam.

During the meeting, Patrushev highlighted a unique history of international Arctic relations and called for “joint efforts in counteracting attempts to create dividing lines and increase tensions.”

The Russian Security Council is headed by President Vladimir Putin. Among its 12 permanent members are key representatives of the Russian top power and law enforcement authorities. The Council holds weekly meetings.