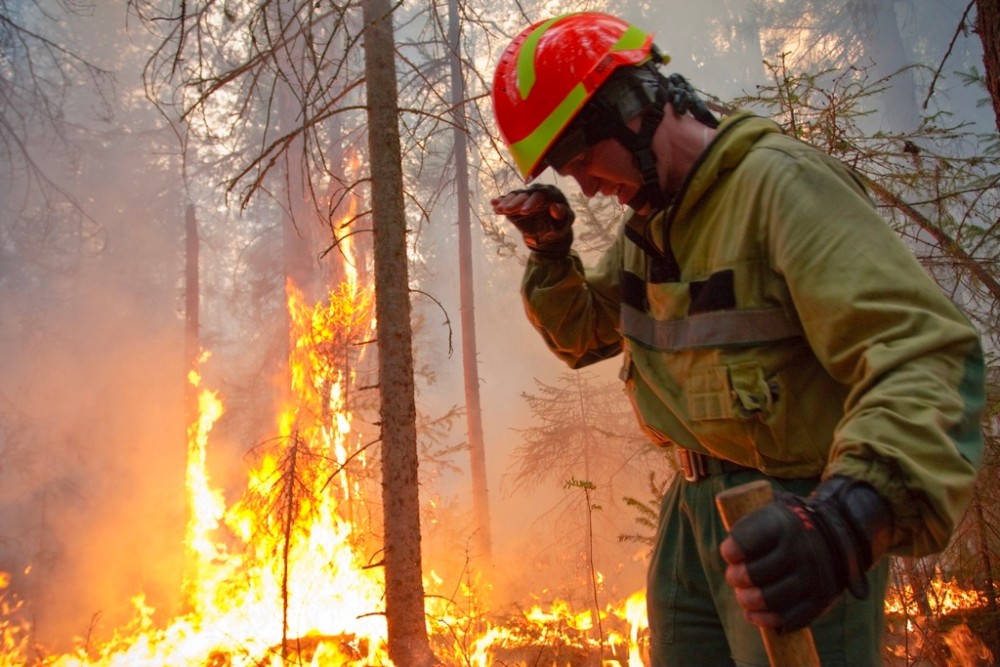 Forest fires in Russia have multiplied over the past few years. Photo: aviales.ru

Climate negotiators point at Russia's great forests. Many of them are ablaze

Over the past five years, Russian forest lands affected by fire have more than tripled. Also far northern forests are burning.
Read in Russian | Читать по-русски
By

As COP26 talks proceed in Glasgow, a big number of wild fires continue to rage across Russia.

The endless stretches of the Siberian taiga are seen as crucial for the world’s absorption of CO2. But wild fires now threaten to significantly lower absorption capacity, and instead make the large forests a major source of emissions.

Figures from the Russian Ministry of Emergency Situations’ latest annual report show that the number of large wild fires in the country increased from six in 2019 to 25 in 2020. And the forest lands affected has increased by almost 350 percent in only five years. According to an environmental report from Rosstat, the Russian Statistics Service, a total of 8,68 million hectare of forest was hit by fire in 2019, up from 2,51 million hectare in 2016.

And the territory affected by wild fires continues to be at an unprecedented high. Representatives of Russia’s Forest Management Agency in September 2021 told newspaper RBC that a total of  18,2 million hectares of nature had been hit by wild fire so far this year. Included in the number are 10,7 million hectares of forests, the agency said.

That is 1,5 times more than the territory of Scotland, the country that hosts the COP26.

Also the Russian north is affected. Regions like Karelia, Arkhangelsk, Komi and Yamal-Nenets have all experienced a hike in fires. In several places, even the tundra has a been ablaze.

Russia’s team of negotiators in Glasgow underline that the forests play a key role in national emission estimates. Moscow is determined to work for an official recognition of the role of its forests, Minister of Natural Resources Aleksandr Kozlov made clear ahead of his departure to Glasgow.

“Our task is to make the global community recognize the forestry industry will include state and private projects aimed at enhancing the potential to absorb CO2,” he said in a comment.

According to Russian authorities, the country’s ecosystems, and primarily its forests, neutralize as much as 2,5 billion tons of greenhouse gas emissions per year. That estimate, however, is disputed by experts. According to eight Russian and international forestry and carbon accounting experts interviewed by the Moscow Times, the 2,5 billion figure is — at best — unproven, and at worst unrealistic.

The high level of CO2 absorption is also in danger of being out-leveled by the growing number of wild fires blazing across the country.

This summer, parts of Siberia were paralyzed as thick smoke covered several of the region’s biggest cities. In mid-August all air traffic to and from the city of Yakutsk had to be cancelled, representatives of the Ministry of Emergency Situations told President Putin in a meeting in mid-August.

The big increase in fires comes as temperatures have hiked to a historical high. The summer of 2021 was Russia’s warmest on record. According to meteorological institute Roshydromet, the month of August was the hottest ever. And the summer as such was at the same level 2016, the year with the previous temperature record.

Across the European parts of the country, the temperatures were 2-3° higher than normal, and in August - up to 5° above normal.

Russia has also joined the Glasgow Leaders’ Declaration on Forests and Land Use, an agreement that includes a commitment to protect and restore forests.