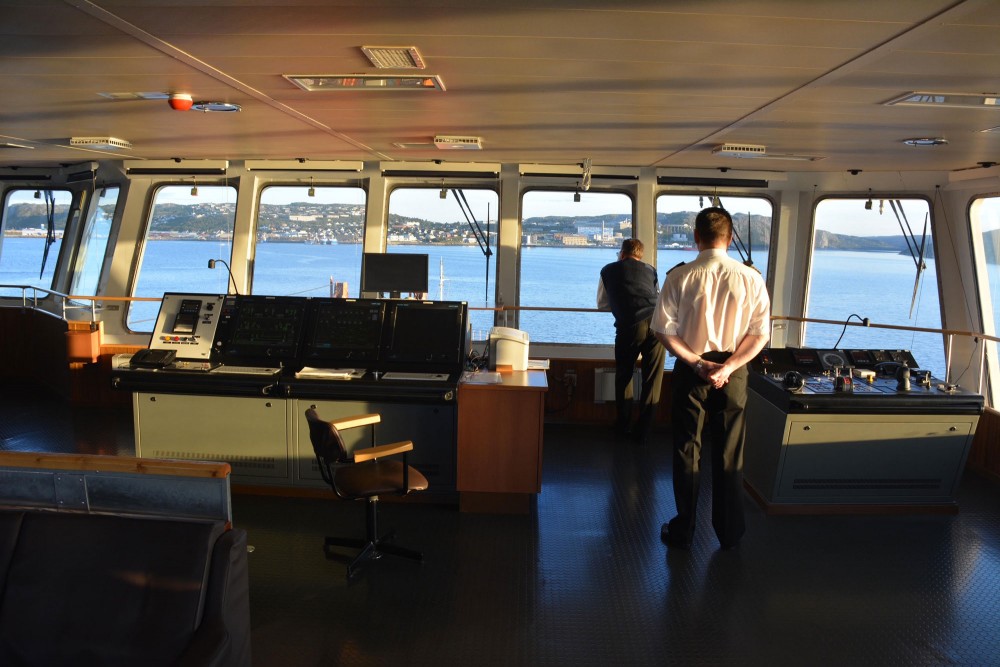 After Russia's warmest-ever summer, the Northern Sea Route is almost ice-free. But only few shipmasters set course for the Arctic shortcut between Europe and Asia
Read in Russian | Читать по-русски
By

The summer of 2021 was Russia’s warmest on record. According to meteorological institute Roshydromet, the month of August was the hottest ever. And the summer as such was at the same level 2016, the year with the previous temperature record.

Across the European parts of the country, the temperatures were 2-3° higher than normal, and in August - up to 5° above normal.

The same trend was seen in parts of the Russian Arctic, including in the Taymyr Peninsula, Roshydromet informs.

However, in the Arctic as such, the summer of 2021 was rather cool and windy, and temperatures did not make it into the record books like previous years. As a matter of fact, the minimum extent of the Arctic sea-ice will be among the highest of the past decade.

According to the National Snow and Ice Data Center, Arctic sea ice extent on the 15th of September stood at 4.73 million square kilometers, placing it tenth lowest in the satellite record for the date.

It has been an odd summer, the Center underlines. Amid the low temperatures, the amount of multiyear ice is at a record low, roughly one-fourth of the amount seen in the early 1980s.

There is also sea-ice left on the Northern Sea Route, the waters located north of Russia’s Arctic coast. Maps from the country’s Arctic and Antarctic Research Institute show that the waters around the New Siberian Islands, as well as the archipelago of Severnaya Zemlya in mid-September still had some white sheet left.

That stands in contrast to the past few years when the sea route was completely ice-free in September.

This year’s minimum level of ice is expected to be reached in course of few days and the Arctic waters will then again start to freeze.

September is peak season for Arctic shipping. But the Northern Sea Route is still far from being a preferred alternative for shipping companies.

Ship traffic data for the route show that only few vessels in mid-September were sailing through the remote waters. As of 15th of September, the ships transiting across the route were mostly ice-class LNG carriers, as well as a few oil tankers and cargo ships.

Figures from the Northern Sea Route Administration show that a total of 1055 vessels have applied for sailing permission on the route in 2021, which is about the same level as in 2020. However, the overwhelming part of those ships are not sailing transit across the route, but have their destinations in the Yamal and Gydan Peninsulas, as well as Taymyr.

Major shipping activity is now unfolding in the area of Novatek’s new grand Arctic LNG 2 project in the Ob Bay. Through major parts of summer, up to 50 ships have been moored in the shallow waters along the Gydan coast.

There is also a significant growth in shipping to the new coal terminal in Taymyr, as well as Rosneft’s new Vostok Oil seaport. In addition come sailings to the Northern Fleet’s new Arctic bases and in connection with oil drilling and seabed exploration.

Shipping data show that traffic on the Northern Sea Route in the first half of 2021 increased only slightly from 2020. A total of 17,047 million tons of goods was transported on the route compared with 16,6 million tons in the same period last year, the Russian Agency for Maritime and River Transport informs.

At the same time, data from the country’s Arctic seaports show a decline in goods compared with 2020. In the course of the first 7 months of the year, the seaports had an overall decline of almost 2 percent, the Agency reports.

Russia has grand plans for shipping on the Northern Sea Route. By year 2024, shipments are to increase from 31,5 million tons in 2020 to 80 million tons. And by 2030, shipments on the route are planned to rocket to 150 million tons.

The government plans lean on the building of a major fleet of nuclear-powered icebreakers, as well as continued global warming and subsequent vanishing sea-ice.