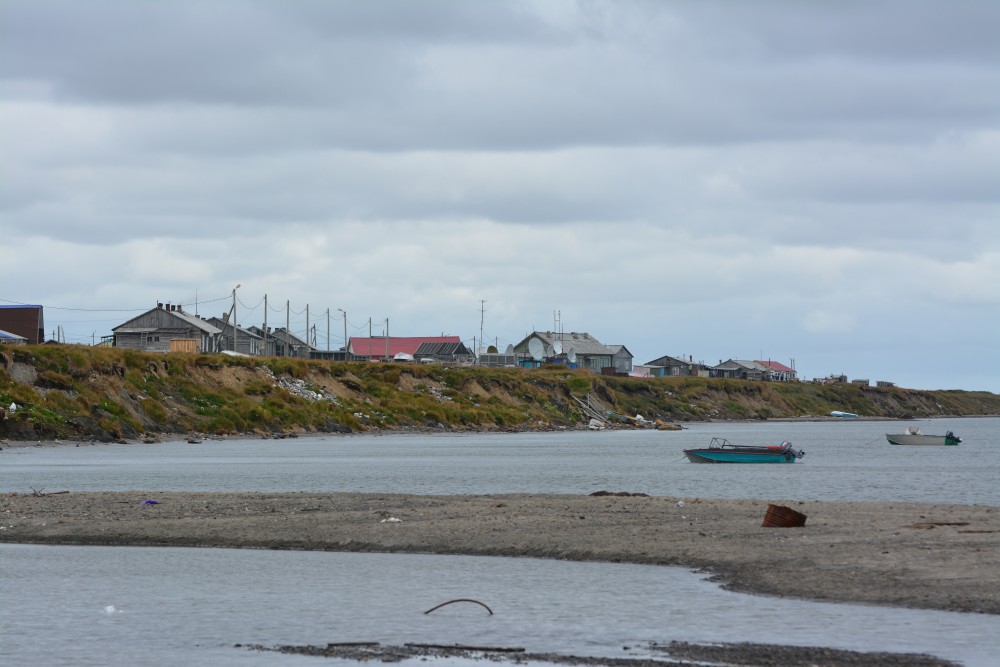 A new study conducted at the Moscow State University confirms that the Arctic permafrost along the country’s northern coastline is thawing at terrifying speeds.
Read in Russian | Читать по-русски
By

The Russian State Commission for the Development of the Arctic has pointed to a new study which estimates that approximately 7,000 hectares of land are washed out to the sea annually, as the ice melt or are washed out into the sea.

The study was conducted by a group of scientists specializing in climatic changes at the Moscow State University and was first reported by the analytic news site Akcent.

The head of the Laboratory of Geoecology of the North at the university, Stanislav Ogorodov, commented on the concerning trend caused by climate change.

Ogorodov, who specializes in the field of marine geomorphology and polar geoecology, points to the fact that the amount of arctic coastline that is estimated to be lost on a yearly basis consists of about 70 sq. kilometers, which is comparable to the area of the Central District of Moscow. The once-frozen cliffsides to the Arctic Ocean in the Russian Arctic are quickly diminishing, leaving behind bare shallows and narrow beaches.

Less sea-ice for longer parts of the year causes more and bigger waves, bringing a double negative erosion effect to the coastlines with thawing permafrost.

An increase in greenhouse gas emissions has raised temperatures across the globe, however, the poles are the most susceptible regions to the rapid temperature increase.

Currently, the Arctic is warming three as fast as any other area on Earth, as recently pointed out in the Arctic Report Card 2021.

The increase in global temperatures causes glaciers and sea ice to break off and melt, thereby causing sea levels to rise. A perpetual cycle of continuous melting in the Arctic is then set in motion: the higher (and warmer) sea levels further warm up the Arctic’s icy shores and cause even more polar ice to melt and permafrost to thaw.

The Arctic shore thawing is no new revelation: Soviet scientists have been aware of this terrifying trend since the 1960s. However, what adds to the crisis is that the rate at which the Arctic melts has increased substantially in recent years. For example, the coast of the island Kolguyev, located in the south-eastern Barents Sea, is receding at a rate of 2 meters per year. This rate seems immense, however is derisory in comparison to the 15-20 meters lost annually of the glacial coast in certain areas in Eastern Siberia.

The 7,000 hectares of coastal land annually are causing severe negative effects on infrastructure. As previously reported by the Barents Observer, construction of Indiga seaport in Nenets Autonomous Okrug was earlier this year postponed due to changing conditions caused by permafrost thaw, ice melts and generally more difficult weather conditions. Thawing permafrost changes the depth of the port and requires new construction methods.

Melting glaciers and rising sea levels increase storm surges as warmer ocean and air temperatures often create more intense and frequent coastal storms. The frequency of natural disasters, not only in the Arctic, but across the globe is bound to increase as more and more of the Arctic melts.