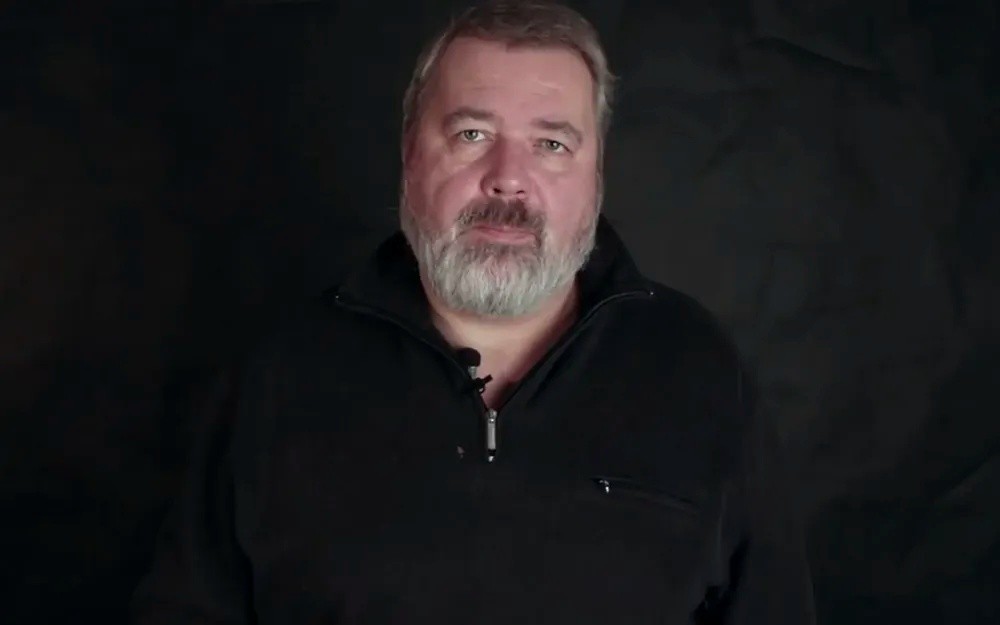 Chief Editor of Novaya Gazeta Dmitry Muratov gets the award for his defence of free, independent and fact-based journalism. He and Maria Ressa represents all journalists who stand up for democracy and freedom of the press, the Norwegian Nobel Committee underlines.
Read in Russian | Читать по-русски
By

The chief editor gets the award for his “effort to safeguard freedom of expression which is a precondition for democracy and lasting peace,” Nobel Committee leader Berit Reiss-Andersen said in her announcement today.

The prize is awarded to Muratov together with Maria Ressa from the Philippines.

It is for their courageous fight for freedom of expression in the Philippines and Russia, the Chair of the Nobel Committee underlined.

“At the same time, they are representatives of all journalists who stand up for this ideal in the world in which democracy and freedom of the press face increasingly adverse conditions.”

Dmitry Andreyevich Muratov has been the editor-in-chief of the Novaya Gazeta for 24 years. He was instrumental in the foundation of the newspaper in 1993. It is today is one of utmost few remaining truly free and independent papers in Russia.

“Novaya Gazeta is the most independent newspaper in Russia today with a fundamentally critical attitude towards power. The newspaper’s fact-based journalism and professional integrity has made it an important source of information on central aspects of Russian society rarely mentioned by other media,” Reiss-Andersen said.

The award comes one one day after the death of journalist Anna Politkovskaya was commemorated. She was killed in Moscow on the 7th of October 2006. Investigators have yet to say who was behind the apparent contract killing, and in 2021 the statute of limitations on the crime expired.

“Novaya Gazeta’s opponents have responded with harassment, threats, violence and murder. Since the newspaper’s start, six of its journalists have been killed including Anna Politkovskaya who wrote revealing articles on the war in Chechnya,”  Berit Reiss-Andersen elaborated.

She explained that Dmitry Muratov has refused to abandon the newspaper’s independent policy despite the killings and threats. “He has consistently defended the rights of journalists to write anything about whatever they want as long as they comply with the professional and ethical standards of journalism.”

Reiss-Andersen underlined that “free, independent and fact-based journalism serves to protect against abuse of power, lies and war propaganda.”

“The Norwegian Nobel Committee is convinced that freedom of expression and freedom of information is help to ensure an informed public. These rights are true prerequisites for democracy and protect against war and conflict.”

Novaya Gazeta has repeatedly been under attack from powerful forces in Russia. Among the enemies of the paper is Yevgeny Prigozhin who is suspected of being behind a series of evil actions against the newspaper.

As described in the report Repression by Law, a recent publication by the Barents Observer, Prigozhin’s people are believed to have put a funeral wreath with the inscription of a journalist’s name in front of the offices of the newspaper in 2018. The same people are believed to behind the basket with a cut off sheep’s head placed in front of the same office with an address to the whole editorial staff. In 2021, Prigozhin offered Chechen strongman Ramzan Kadyrov legal assistance in his conflict with Novaya Gazeta following the newspaper’s revelations of severe human rights violations in the North Caucasian region.

The Barents Observer has itself closely cooperated with the Novaya Gazeta for a number of years. The Norwegian newspaper that publishes in both English and Russian has translated a total of 46 of the newspaper’s Russian-language stories to English.

Most of the stories are written by the newspaper’s correspondent in Murmansk, Tatiana Britskaya.

“I am very happy about the award to Muratov,” Britskaya says in a comment to the Barents Observer.