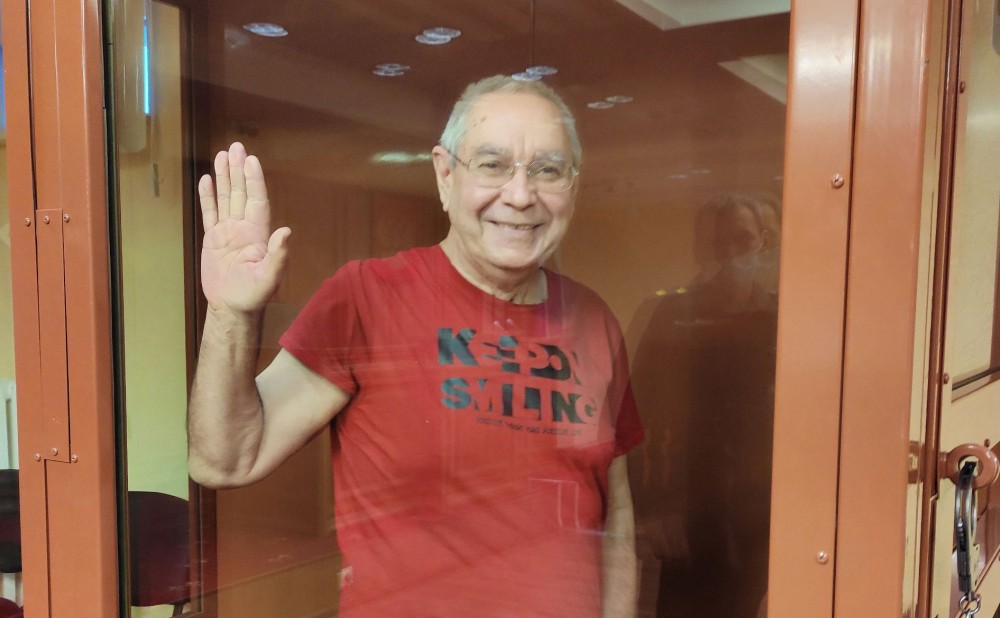 The case against Yuri Zhdanov is seen as politically motivated. Photo: Vladimir Voronin

The small Arctic town of Naryan-Mar is site for court proceedings against the father of one of Russia’s leading opposition politicians.

Yuri Zhdanov was on the 29th March detained in the south Russian city of Rostov-on-Don and subsequently sent to the region of Arkhangelsk. He is charged with having “exceeded his authorities” when working in a local housing commission in Iskateley, a small town in the Nenets AO.

Yuri Zhdanov is the father of Ivan Zhdanov, the top Putin critic and former leader of Aleksei Navalny’s Anti-Corruption Foundation.

The 67-year old pensioners, who has serious health problems, has now spent almost nine months in harsh pre-trial detention. According to lawyer Vladimir Voronin, he is locked up in a small cell with two other men. There is no window, no ventilation and the temperature in the room is 30°C.

The court has refused to transfer the elderly man to house arrest.

“Unfortunately, Yuri Pavlovich is now in a very serious condition,” says Voronin in a comment.

The charges against Zhdanov stem back to the 1990s when he worked in a local housing commission in Iskateley. The local government official reportedly recommended that municipal authorities offer an apartment for social rent to a local women. It later turned out that the woman already had received housing subsidies, whereupon the housing contract with the woman was cancelled.

The case is seen as politically motivated and aimed at anti-corruption leader Ivan Zhdanov.

“Hostage-taking of an old man is an extreme level of nastiness,” he says in a comment.

Yuri Zhdanov lived and served for many years in the far northern Nenets Autonomous Okrug. He was member of the local legislative assembly and for a period served as deputy mayor of regional capital city of Naryan-Mar.