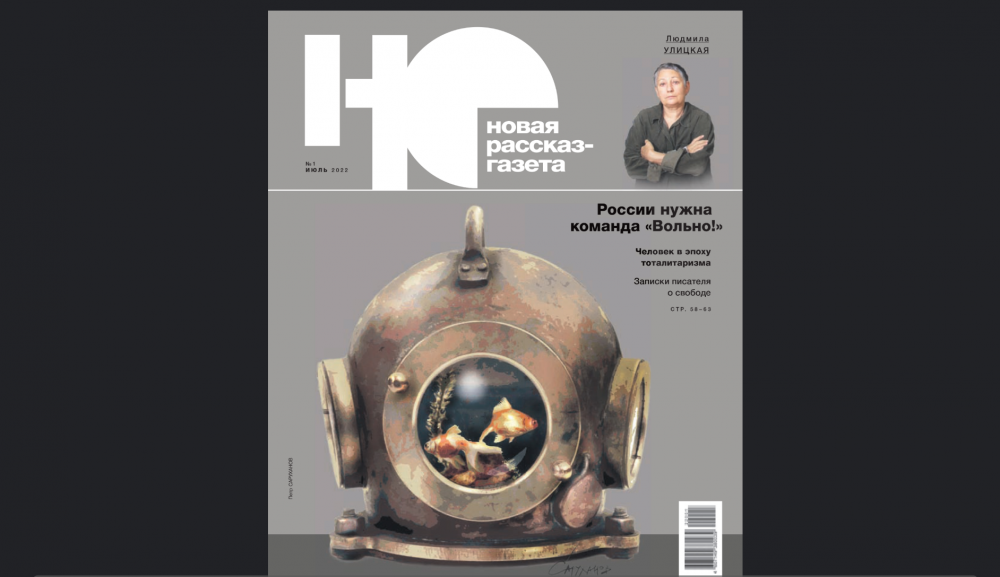 The pdf-version of the NO magazine is available online for readers in Russia using virtual private network (VPN). Photo: Screenshot

Russia’s censorship agency Roskomnadzor blocked the magazine just a week after its launch.
Read in Russian | Читать по-русски
By

The website of ‘Novaya Rasskaz-Gazeta’ NO magazine, made by the editors of the former Novaya Gazeta, is no longer accessible inside Russia. The decision was taken Saturday evening after a request by the Prosecutor General’s Office, claiming the magazine was “discrediting.”

The repressive authorities, however, failed to explain what is discredited and which article in the 96-pages pdf-version of the magazine allegedly violates Russian law.

Sunday morning, the blockage was effectively introduced to all readers inside the country.

“We lasted seven days and nine hours,” the journalists write on the magazine’s Telegram channel where also a copy of the letter from Roskomnadzor is posted.

Articles in the magazine are written by well-known former journalists of Novaya Gazeta, the last independent national newspaper in Russia that suspended its print activities on March 28 after receiving warnings from Roskomnadzor.

A Riga-based newsroom was launched in April from where the online Novaya Gazeta Europa now is published. That portal, though, was blocked in Russia in late April.

The domain name of the magazine, novaya.no, is registered by Tromsø-based journalist Amund Trellevik. “.no” is the country code domain for Norway and only Norwegian commercial entities can make such registrations.

Trellevik is head of Barents Press Norway, an informal network of journalists cooperating across borders in northernmost Scandinavia and the northwestern regions of Russia.

He says it is “sad, but not surprising,” that Russian authorities chose to block the last free voice of independent journalism in the country.

“The journalists with Novaya Gazeta are fighting a really difficult battle for freedom of expression and journalism.”

“It is regrettable to see that the newspaper of the Nobel Peace Prize winner is silenced like this,” Amund Trellevik says to the Barents Observer.

Editor of the original Novaya Gazeta, Dmitry Muratov, was awarded the Nobel Peace Prize in 2021.

Novaya Gazeta began publishing in 1993 and was famous for its investigative reporting, coverage of corruption and human rights violations across Russia, including a series of articles from Chechnya by journalist Anna Politkovskaya who was shot dead on October 7, 2006.