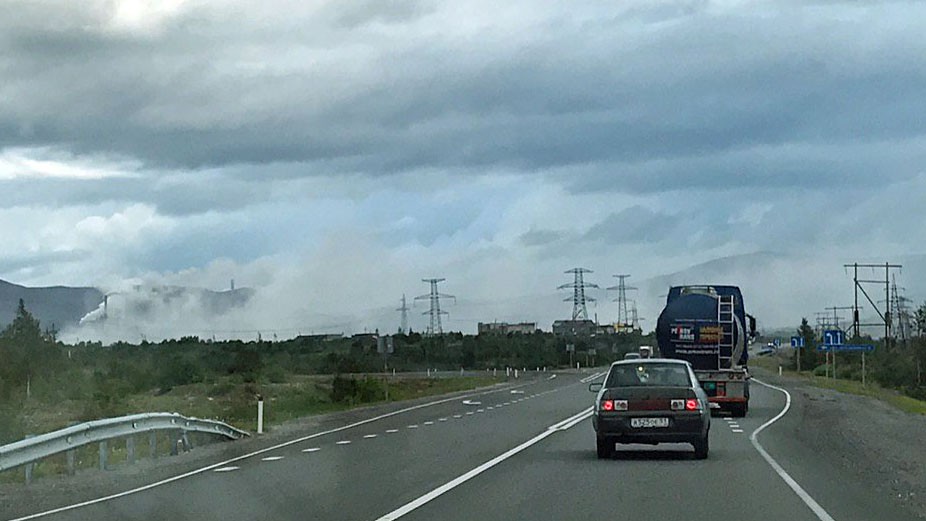 Bad smog from the factories in Monchegorsk was Saturday blowing over the fragile taiga nature on the Kola Peninsula. Photo: Blogger51

Kilometers and kilometers of fragile taiga nature west of the smelters for nickel and copper in Monchegorsk was Friday covered by smog containing sulfur dioxide and heavy metals.
Read in Russian | Читать по-русски
By

The video, captured by Murmansk-based Blogger51, clearly shows the scoop of the problem.

Only weeks after Russia’s private-owned mining- and metallurgical company Nornickel made world-wide headlines for polluting a river on the tundra of the Taimyr Peninsula with a giant diesel spill, the company blows another ecological scandal.

In Murmansk, the regional department of Russia’s Hydrometeorology and Environmental Monitoring (Roshydromet) followed the peaking air-pollutants from its network of monitoring equipment.

«Due to unfavorable weather conditions for dispersion of impurities, warnings are sent to the enterprises for making decisions to reduce emissions,» reads the eco-watchdog’s overview of air-pollution posted for Thursday and Friday last week. At the monitoring stations, the air-pollution did not exceed maximum permitted levels. 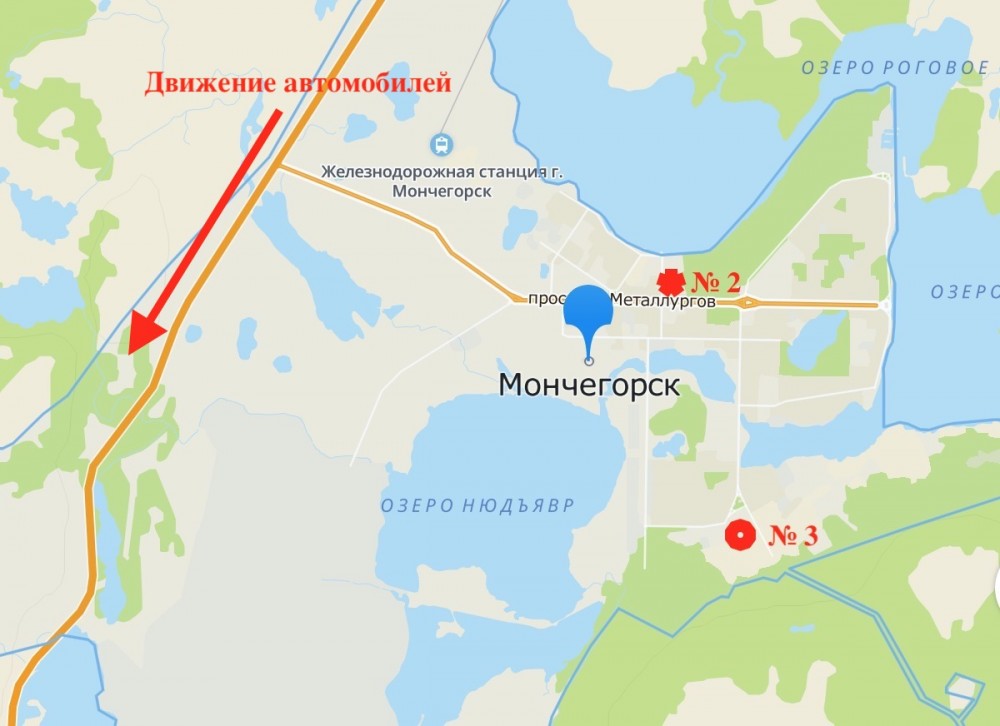 However, Roshyromet’s monitoring stations are not located in the direction the wind was blowing this weekend. This map shows the main road and the driving direction from where the video was recorded.

Warnings by Roshydromet were also issued for Sunday and Monday as the weather conditions cause the pollution to accumulate along the ground instead of blowing away by the wind.

Andrey Zolotkov with the environmental organization ANO Bellona (Murmansk) says that although the ecological situation in Monchegorsk has become more favorable in recent years, there is still insufficient openness to the public about what is going on.

«But after the accident with the oil spill in Norilsk, there is hope for serious changes in the policy of Nornickel,» Zolotkov says and adds: «There is still a lot of work to be done both in the Murmansk region and in Norilsk.»

Three years ago, the old nickel refining plant in Norilsk was closed and production moved to the factory in Monchegorsk, which is now the world’s largest nickel refining facility. An additional boost to production in Monchegorsk will come as Nornickel is about to close its melter for nickel-matte in the town of Nikel near Russia’s border to Norway.

The last furnace in Nikel is said to be shut down by the end of December this year.

Being the largest air-polluter in the Circumpolar Arctic has so far proven to be good business for the owners. Over the last three years, Nornickel tripled payout to its shareholders. $3,7 billion in cash dividends was distributed to the shareholders last year alone.

Vladimir Potanin, the company’s CEO and largest shareholder, this year climbed to the top of Forbes magazine’s list of Russia’s richest. He boosted his personal fortune with $1,6 billion in 2019 and is now believed to hold a net worth of $19,7 billion.