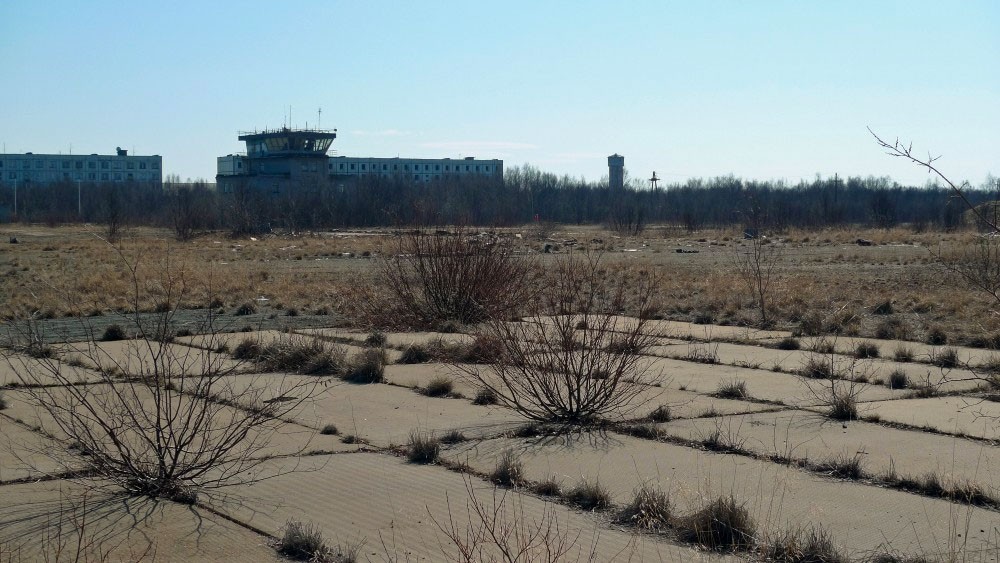 This was once the Soviet Union’s nearest airfield to NATO territory. Photo: Thomas Nilsen

Talks are in process over possible flights to Korzunovo, the abandoned air field controlled by the Northern Fleet.
Read in Russian | Читать по-русски
By

More than two decades after the last aircraft took off from the far northern runway, the abandoned infrastructure object is again catching interest of developers.

It is company Nornickel and its subsidiary unit Port Liinakhamari that reportedly has initiated negotiations with Russian military authorities over the possible launch of commercial flights to Korzunovo.

Port Liinakhamari eyes flights to the local airport in connection with its grand tourism development projects in the area, news agency Finmarket reports.

The tourism development company plans to invest more than 10 billion rubles in the Pechenga municipality, a border area to Norway and Finland. Included in the plans is the building of a seaport in Liinakhamari that can handle cruise ships, as well as the airport in Korzunovo.

The tourism cluster in the area is to be fully ready by year 2030. It is to offer jobs to about 500 people, Nornickel representative Dmitry Pristanskov said during a visit to the Kola Peninsula last week.

The airport could potentially also serve seaport developers that intend to build a major container terminal in the Pechenga Bay.

The investments come as the Nornickel is closing its nearby plant in Nikel. The tourism project is to create new jobs and economic activity in the area that now faces a serious economic decline.

Over the next three years, Nornickel will invest 2,65 billion rubles in the area and over the next ten-year period that sum will be multiplied.

Previously, a sum as high as 140 billion rubles (€2 billion) over the next five years was mentioned. An agreement was signed by Murmansk governor Andrey Chibis and Nornickel president Vladimir Potanin in October 2019.

The Korzunovo air field was originally built by occupying Nazi forces during the WW2. Following the war, the runway and base housed units of the Soviet Northern Fleet aviation, including the 912th specialized air transport regiment.

The last aircraft and helicopters were reportedly transferred to one of the airports near Severomorsk in 1998.

With the departure, all landing lights, radio-communication gear and radars were demolished and moved away. The shadows of the past, however, are still visible. «Peace on earth. We protected our freedom in fight,» reads a slogan on a wall of one of the abounded houses. Another reads «The victory of communism is inevitable.»

Read our report from Korzunovo here

With female touch, tank drivers show off finesse near border to Norway