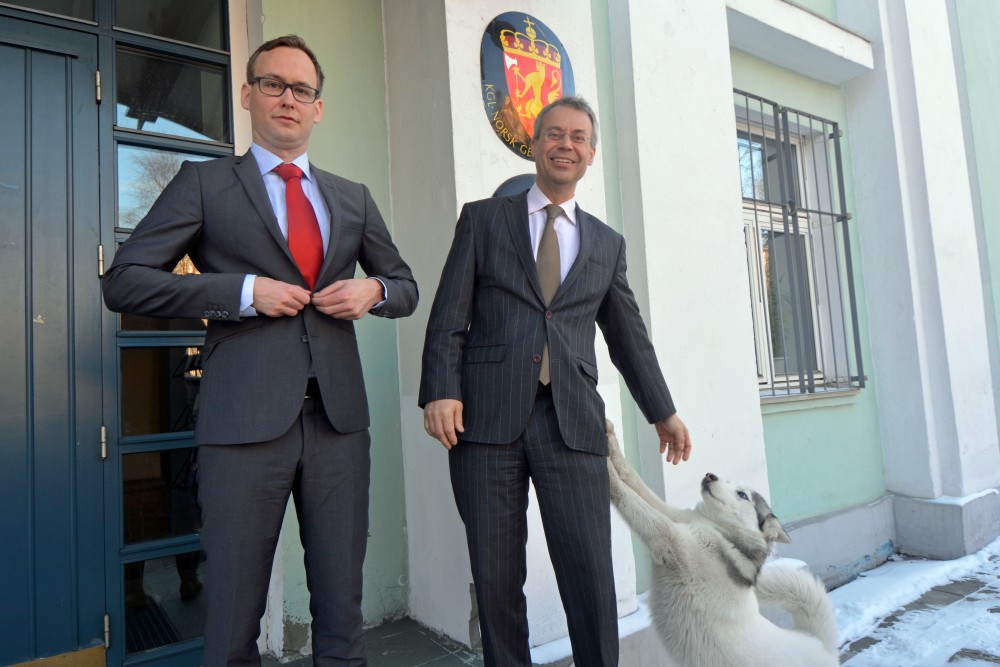 Doing business in Russia’s Arctic capital of Murmansk? If you ever ask such question among business partners you will for sure enter a discussion with arguments like;

The list of good reasons to stay away from investing in Murmansk could be made longer. But in Murmansk, Norwegian insiders to regional market developments are more optimistic today about the future for cross-border business investments to northern Russia.

Trade balance is again in plus for the region. Despite sanctions on seafood, trade with Norway is also up.

After two years of recession, Western corporations are again increasing investments in Russia as the country’s economy is recovering. Foreign investment for the first nine months this year rose to $8,3 billion, according to data by the Central Bank of Russia. In all of 2015, foreign investment was $5,9 billion.

The investments are still far below figures from before Moscow’s annexation of Crimea in March 2014.

Over the last few years, several high-profile Norwegian companies have left Russia, including telecom giant Telenor and the two banks DnB and Sparebanken 1 Nord-Norge. All three companies entered the Russian market via the Arctic gateway Murmansk.

Last year, Norway’s SIVA centre in Murmansk closed the doors after 15 years of operation. The state funded centre was set up to advice newcomers and offered office space for startups.

For Norway, business development with Russia has been a key priority in bilateral relations in the north for the last two decades. A study published Akvaplan-niva says €24 million have been spent through public funding instruments to support Norwegian companies in different sectors to develop projects in the Russian part of the Barents region. Mainly in Murmansk.

“Market is too big to ignore”

«We still believe there are many opportunities in the Russian market and the Eurasian Customs Union. A market with approximately 185 million people is simply too big to ignore,» says Morten Brugård, Senior Advisor with Innovation Norway.

Brugård works on a 150 million kroner (€16,5 million) funding program for the period 2014-2019 tasked to strengthening business cooperation with Russian and other Arctic states. The money is provided by the Ministry of Foreign Affairs.

«As in every other market there are certain sectors that have more positive prospects than others. For 2017 we strongly believe that there are great opportunities for maritime suppliers and outfitters in Russia,» Brugård says.

According to the World Bank, Russia moved up to the 40th position in the Doing Business-2017 rating, up from being ranked 124th in 2012.

Russia is big business for Kirkenes

Ole Andreas Lindeman believes many Norwegian active investors are encouraged by the turnover and revenues that companies in the Norwegian border town Kirkenes have from economic activity with Russia in the north.

«A survey shows we have two main take-aways: first, that trade and economic relations in the north have a broader, more robust and diversified structure than we previously thought, and secondly, that the overall figures of cross-border economic activity with Russia are more important and points towards future perspectives for mutual growth,» Lindeman says and points to and analysis commissioned by Kirkenes Næringshage and the Consulate General based on data compiled by Akvaplan-niva.

«1,8 billion kroner (€198,5 million) in direct and indirect turnover, 630 work places of which 280 were directly linked to activities with Russia, and more than 30 million kroner (€3,3 million) in yearly tax revenues are convincing figures. They clearly demonstrate how much we stand to win by cooperation,» the Consul General argues.

Morten Brugård says Northwest Russia has been the main stepping stone into Russia for Norwegian companies for many years.

Super optimist after 14 years in Murmansk

One company with success is Barel Electronics. Manufacturing products for the international lighting and heating industry, the company assembles products both at its factory Kirkenes and at the subsidiary company in Murmansk that was established in 2002. The Murmansk plant handles high volums and work intensive products. Barel has 20 employees in Kirkenes and 40 in Murmansk. Labor is cheaper in Russia.

Managing Director Trine Gustavsen says to the Barents Observer that she is super optimist.

«We have not at all experienced any negative influence. Logistics and Customs are becoming better and better. Potential for further development is big,» she says.

Gustavsen is this week in Murmansk together with representatives from potential Swedish and Norwegian partner companies.

«It would strengthen us if more foreign companies were present in Murmansk. Right now, we are afraid of being alone,» she says.

Trine Gustavsen is more than willing to share her company’s experiences of doing business with other companies entering the Russian market.

«Transparency is important. Our success comes as a result of being present here and seeing the potential from inside. It does not help sitting another place in the world and consider Russia by reading negative news in the media,» Gustavsen argues.

The ruble’s collapse three years ago was good news for companies with production costs in Russia and earnings in euros and dollars.

Advising Norwegians on the door steps to northern Russia, Morten Brugård says difference in business culture is the biggest challenge.

«Russian business men resemble Norwegians but have a completely different mindset. Trust between individuals, business and government is native to Norwegians and not to Russians, Brugård explains and continues:

“You have to be well prepared and know the business culture. Framework conditions are different and have, unfortunately, been known to change, which can be very detrimental, if not outright ruinous for foreign investors. These thing have become much better,” Ole Andreas Lindeman tells. He points to regional authorities that, during Marina Kovtun as Governor, strides to make Murmansk investment friendly for foreigners and provide initial help and support for companies.

“It is all the more puzzling, and unfortunate in terms of the negative perception it provides for potential investors, that the head of Ølen Betong has had his permission to enter Russia revoked for 10 years. This case continuous to provide massive media coverage in Norway and elsewhere,” the Consul General says.

“I suppose someone paid the FSB to get me out of the country,” owner of Ølen Betong said to the Barents Observer earlier this month.  Despite having its director declared persona no grata, the Norwegian producer of concrete now expands its plant in Murmansk.

Talking about obstacles to a boost in cross-border business cooperation, Morten Brugård points to the current sanctions regime. “In my opinion the main difficulty is the sanctions. This issue creates uncertainty and increase the perceived risk,” he says.

Innovation Norway, however, has seen a increase in numbers of Norwegian businesses looking into possible opportunities in Russia throughout 2016. But, according to Brugård, the center of gravity is around St. Petersburg and Moscow.

Meanwhile it is quiet at Bulldog pub in Murmansk, the traditional Friday evening meeting place for Norwegians. A few years back, Norwegian language was as frequently spoken as Russian among those chugging a couple of beers at the bar’s tables.

“I believe there was a gap between expectations and results, as companies overestimated the potential reward and underestimated the risk,” says Morten Brugård.

He also explains why many Norwegian actors brought their Russian venture to conclusion with the end of the Shtokman project.

“A lot of these ventures stemmed from the potential development of the Shtokman field that triggered companies not previously familiar with doing business in Russia to enter,” Brugård says.

“Trade and business is a two-way street”

A 2007 consortium with Gazprom, Total and Statoil planned for massive investments in developing the world’s largest known natural gas field in the Barents Sea. Pipes should bring the gas to a LNG plant to be located in Teriberka on the coast of the Kola Peninsula. The entire project was put on halt in 2010 due to the global LNG oversupply as a result of shale gas in the United States.

Reinertsen Northwest Russia, a Murmansk-based subsidiary of a Norwegian supplier for oil and gas industry, established its fabrication workshop for steel constructions in Abram Mys on the shores of the Kola bay in 2005 with hopes to get loads of work from the Shtokman project. Today, Reinertsen still has a huge production hall and delivers pipes, and steel constructions to both Russian and Norwegian oil industry.

Also Norway’s Consulate General in Murmansk hopes for a boost in economic cooperation both ways across the borders. “It goes without saying, that we encourage and welcome Russian investments in Norway,” says Ole Andreas Lindeman.

“Trade and business is a two-way street. We can only grow and prosper together.”