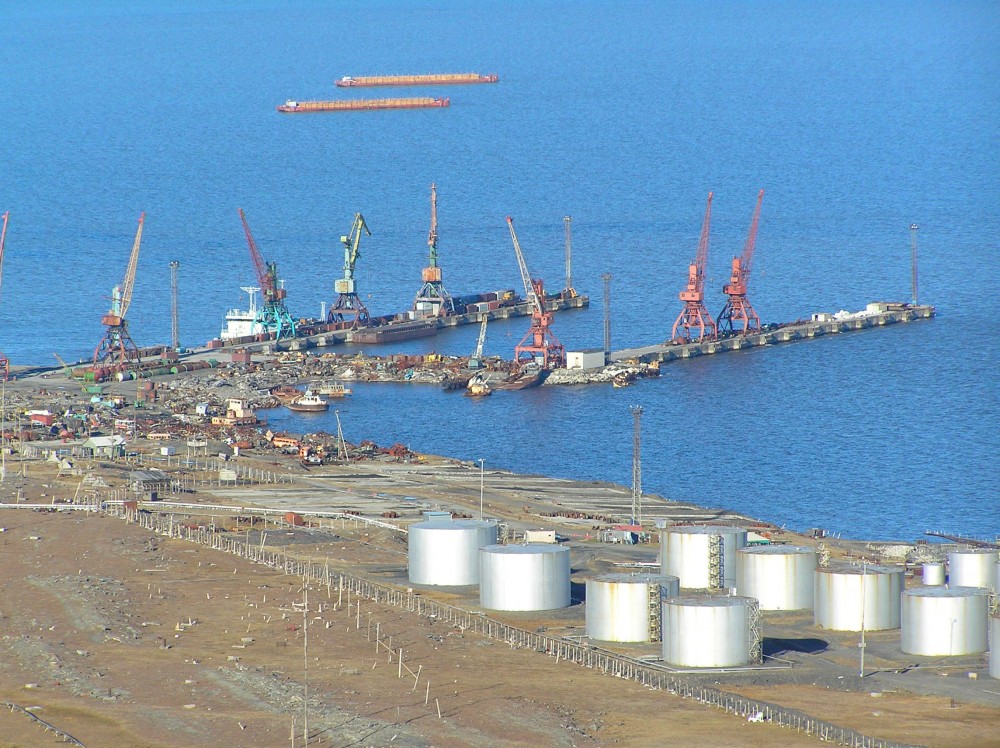 The Port of Tiksi: Photo: mr-bulunskij.sakha.gov.ru

Shipping between the Lena River and to Arctic Ocean is to get a boost.
Read in Russian | Читать по-русски
By

As part of the federal government’s development of so-called support zones along the Russian Arctic coast, a preliminary sum of five billion rubles (€78 million) of federal budgetary money is planned invested in northern Yakutia.

The North Yakutia Support Zone will include reconstruction of the Tiksi sea port and the port of Zelenomysky, regional authorities say. In addition, new ships for river-sea shipping are to be built and a regional shipyard developed.

The plans are part of the State Program on Arctic Social and Economic Development of the Arctic Zone, a document which is to be presented later this year.

The Program envisages a full-fledged development of the support zones by year 2025, Taras Popov, a representative of the regional government, says in a press release.

Currently, about three million tons of goods are annually transported on regional Yakutian river ways, of which about 400,000 are shipped in the Arctic parts of the region by river-sea class vessels. Up to 100,000 of oil products are taken to the region along the Northern Sea Route.

Current annual port capacity in Tiksi is estimated to about 67,000 tons. There are nine mooring points, of which eight are for general cargo and one for oil products.

The shipping season in the area is limited to about 90 days, during which goods for regional settlements are unloaded in the port and subsequently sent further by river boat.

Tiksi is located on the shore of the Buor-Khada Gulf of the Laptev Sea, southeast of the Lena River delta. It has about 4,500 inhabitants. The local airport was recently approved for medium-size aircrafts type 737-700 and air companies are now considering the establishment of regular flights to Moscow