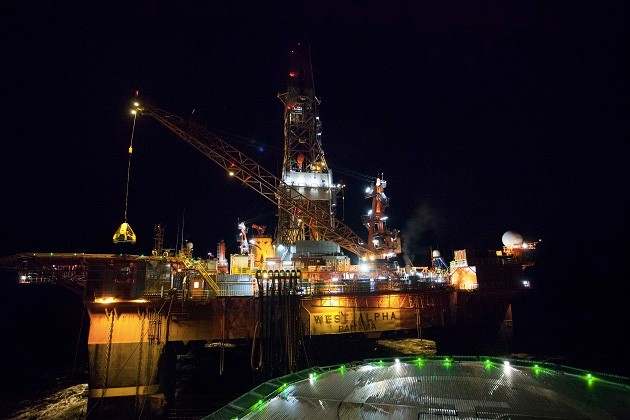 In 2014, Rosneft and ExxonMobil drilled in the Kara Sea with Norwegian rig "West Alpha". Photo: Rosneft.ru

It will happen in 2018, Rosneft President Igor Sechin says.
Read in Russian | Читать по-русски
By

«This year, after the Khatanga area, we will drill in the Black Sea, then in 2018 - in the Barents Sea, and in 2019 we will return to the Kara Sea oil and gas province and also continue our work in the East Arctic», Sechin told Vladimir Putin.

It is likely that the site of the Barents Sea drilling will be the Fedynsky area, a license operated by Rosneft in cooperation with Italian company Eni. The Fedynsky license area is located directly along the maritime border to Norway. It covers an area of 38,000 square kilometers and has a preliminary resource potential estimated to 18,7 billion barrels of oil equivalents, Rosneft says on its website.

According to the license agreement, one exploration well is to be conducted by year 2020. Expenses for the operation will be covered by Eni, which entered into the agreement in 2012.

During his visit to Franz Josef Land last week, President Putin specifically mentioned the Fedynsky license in connection with development plans in the Barents Sea.

In its drilling in the Barents Sea, Rosneft and Eni could discover resources which stretch across the border to Norway. The two countries have over the last year negotiated terms for development of cross-border petroleum fields and an agreement on cooperation over seismic mapping is expected to be sealed in the course of May this year.

The Norwegian side of the border, Statoil and partners will this year conduct drilling in the Korpfjell field. Meanwhile, company AkerBP together with Russian company Lukoil continue studies of another license area located directly along the border.