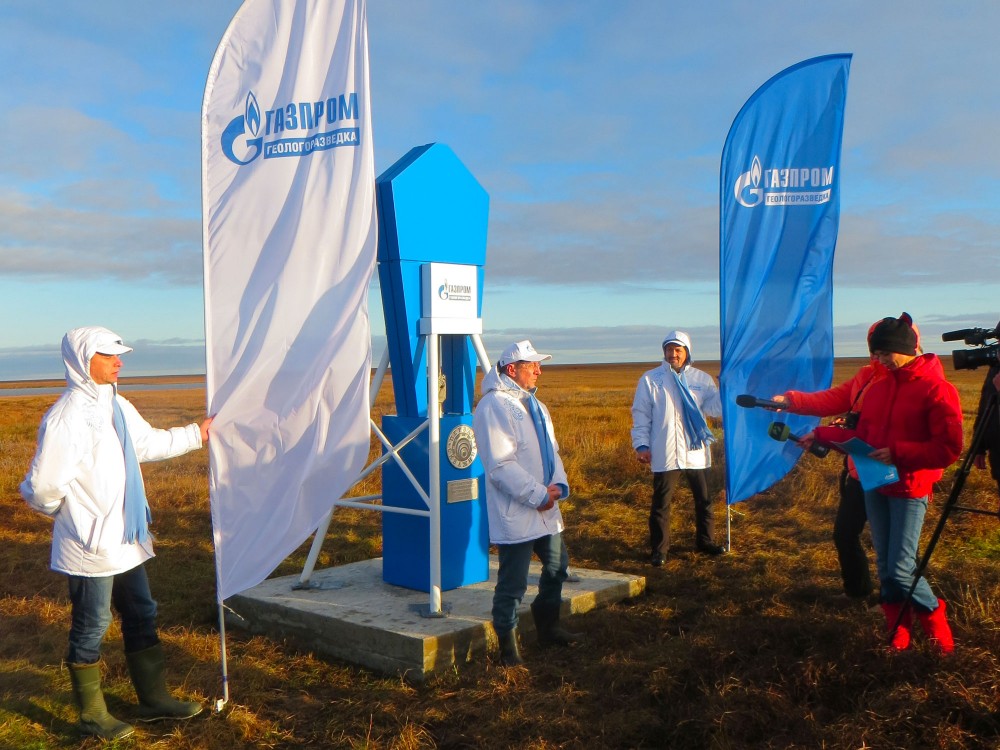 More than 9 thousand tons of equipment is shipped to Sabetta as the company gets ready for well drilling in its Tambey fields and the Kruzenshternskoye license.
Read in Russian | Читать по-русски
By

The company confirms that ships this spring have delivered about 9,500 tons of equipment to Sabetta, the new sea port on the northeastern tip of the Yamal Peninsula. The goods have subsequently been transported to the drill sites in the Tambey and Kruzenshternsky license areas.

Transportation has been made on more than 380 km long winter roads built and maintained on the ice and snow-covered Yamal tundra, a press release reads.

«The operations connected with the transportation of equipment to the fields begin in fall and end in mid-spring — only in this times of year is it possible to organize goods transportation on special winter routes», says Aleksey Davydov, General Director of Gazprom Geologorazvedka, a company subsidiary.

The delivery of drilling rigs and equipment was started in fall 2016, the company, a subsidiary of Gazprom, informed.

The well drilling in the area comes after a period of major pressure from company competitor Novatek, which bid for a takeover of the Tambey fields. Novatek requested government permission for the acquisition of the licenses in order to boost the resource basis for its LNG plant in the area.

The bid was rebuffed by Gazprom.

The Tambey fields are located in the northeastern part of Yamal, not far from Novatek’s South Tambey license area. They are believed to hold 1,56 trillion cubic meters of natural gas.

The Kruzenshternsky license area is located on the western shore of the peninsula, not far from Bovanenkovo, the huge gas field which has been in production since year 2012. The Kruzenshternsky field holds an estimated 965 billion cubic meters of category C1 gas and is located partly offshore in the Kara Sea. A well was drilled in the license also in 2016.

Gazprom intends to get the field in production in the period 2022-2024 and subsequently produce an annual 33 billion cubic meters of gas from the deposit.

A part of the field development plan is the building of an artificial island from where production can take place, Gazprom informs. Construction of the island will start «in the very near perspective», Deputy Head of Gazprom Geologorazvedka Nail Giniyatullin said in connection with the erection of field monument on site in 2016.

The development of the Kruzenshternskoye subsequently opens the way for the development also of the nearby Kharasaveysky license.

Gazprom previously also hinted that it might this year conduct a well drilling in the Leningradskoye field, an offshore deposit in the Kara Sea.