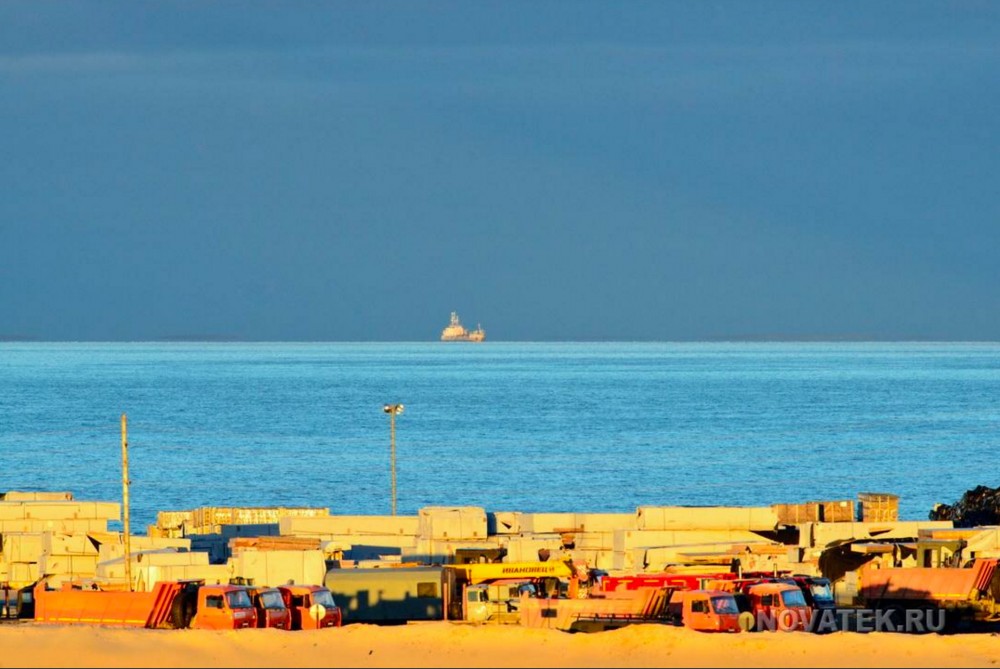 Bulldozers and excavators are shipped from Yamal to Murmansk where the gas company is getting ready for its next mega-project.
Read in Russian | Читать по-русски

Cargo vessel «Aleksandr Suvorov» this week arrived in the Murmansk sea port were the construction machinery was unloaded and taken ashore.

The initial part of the project will be the development of sea port facilities in Belokamenka, the plant site located along the western bank of the Kola Bay.

The machinery arrives in Murmansk at the same time as Novatek announces a tender on the construction of sea terminal installations, bank protection measures and other objects in the area. The contract will cover the period from November 2017 to September 2019, Oilcapital reports.

The new plant in Belokamenka will constitute a key element in Novatek’s development of the Arctic LNG-2, the company’s second liquified gas plant in the Arctic.

The Kola Yard was established in early 2015 as a subsidiary fully owned by Novatek.. It will build modules for the Arctic LNG-2, the LNG project to be developed on the Gydan Peninsula. The Arctic LNG-2  will be based on a floating solution designed for the shallow waters of the Ob Bay.

The Kola Yard will reportedly employ 6,500 people and cost 50 billion rubles (€800 million). It will be built on a 150 hectare plot near Belokamenka.

A memorandum of understanding was in late May signed by Novatek, the Murmansk government and the federal Ministry of Industry and Trade.