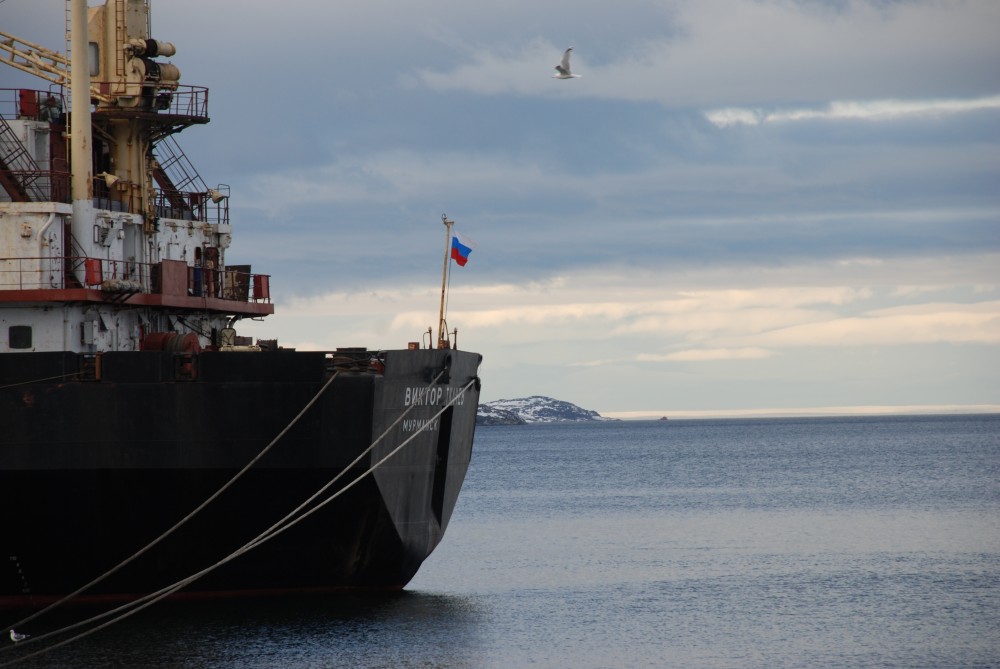 Only ships built in Russia will be allowed to carry oil, natural gas and coal along the Northern Sea Route, a new bill proposes. But there will be exceptions, government officials say.
Read in Russian | Читать по-русски
By

The new bill follows up a law adopted in late December 2017, which bans Russian Arctic shipping under foreign flag. That legislation came after President Putin called for measures to protect the Russian shipbuilding industry.

The new bill, now elaborated by the Ministry of Industry and Trade, says that the ships will not only have to carry a Russian flag, but also be built in Russia.

The bill will shortly be submitted to government and ultimately come into force in early 2019, newspaper Kommersant reports. It will apply to ships carrying oil, natural gas and coal on the Northern Sea Route.

The new regulations could potentially be serious blow against the Russian companies engaged in Arctic oil and gas, coal mining and shipping. However, there will be exceptions, ministry officials underline.

It is all aimed at giving priority rights to users of domestic products, but usage of foreign-made vessels will still be possible, representatives of the Ministry of Industry and Trade make clear.

«The whole existing fleet sailing under Russian flag, that is all vessels belonging to Russian shipowners […] can be used until the lifetime service period runs out», the ministry says in a statement to Rossiiskaya Gazeta.

«In addition, the federal government can in accordance with the law decide to allow shipments with vessels built outside Russia.»

The new laws come at a time with rapid growth in Russian Arctic shipments. In 2017, shipments to and from ports on the Northern Sea Route almost reached 10 million tons. And more is to come. Estimates from the Russian Ministry of Natural Resources indicate that shipping volumes on the route could increase to as much as 67 million tons by year 2025.

About half of the volumes will be LNG produced by Novatek and its partners. The Yamal LNG project will alone deliver an annual of about 17 million tons and the projected Arctic LNG-2 will produce a similar volume when it comes into production presumably in year 2023.

The new laws could potentially be a major headache for Novatek, which is building its major fleet of powerful icebreaking LNG carriers in South Korea. However, like with the law adopted in December 2017, also the new bill includes exceptions tailored for the Russian natural gas company.

Novatek will be allowed to use tankers sailing under foreign flags in the Yamal LNG project and a lion’s share of the vessels serving upcoming projects are likely to be built abroad.

No wonder, therefore, that the company this week announced that it is in dialogue with Chinese shipping company COSCO over shipments of LNG.