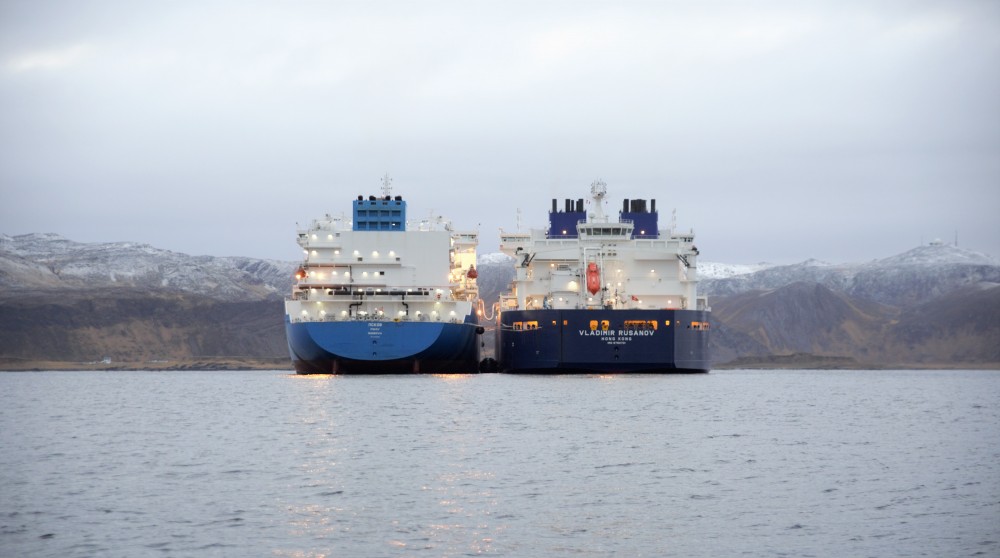 A ship-to-ship reloading facility by the island of Kildin is getting ready to handle 300 meter long Arctic shuttle tankers.
Read in Russian | Читать по-русски
By

The Russian federal government in late September approved the establishment of three new reloading points located in a bay south of the Kildin island. The facility will simultaneously be able to handle two carriers loaded with liquified natural gas from Yamal.

According to port authority Rosmorport, two of the mooring points will handle LNG tankers, while the third will handle a service ship that is to house workers and control and inspection personnel.

Each of the mooring points include eight buoys attached to the sea bottom by powerful steel and concrete anchors, Rosmorport informs.The federal port authority will be responsible for escorts of the big tankers involved in the reloading. It is believed that a big number of the ships also will sail into the nearby Kola Bay

By the end of 2019, a total of 15 top ice-class carriers will shuttle to and from Sabetta, the new major terminal in Peninsula Yamal. The lion’s share of the ships will sail to the reloading facility in Kidin. Conventional tankers will bring the LNG further to the markets.

The liquified natural gas is produced by Yamal LNG, the consortium operated by Novatek. A powerful fleet of Arctic tankers has been built by partner companies and now serves the project. The Yamal LNG has capacity to produce more than 16,5 million tons of LNG per year.

The Kildin facility is meant as a temporary terminal that is to operate until a permanent new base is built in the Ura Bay, further west on the Kola Peninsula coast.

Novatek previously stated that the Kidin facility is to stand ready by December this year. The terminal in Ura Bay is to be put in operation in year 2022.

Novatek previously did ship-to-ship reloading of LNG in Honningsvåg, the Norwegian Arctic town.

Murmansk is increasingly becoming a strategically important region for Novatek. The company will not only have the reloading facility in Ura Bay, but also the major plant in Belokamenka. The plant will build the platforms that will serve the Arctic LNG 2 and subsequent Arctic LNG projects.