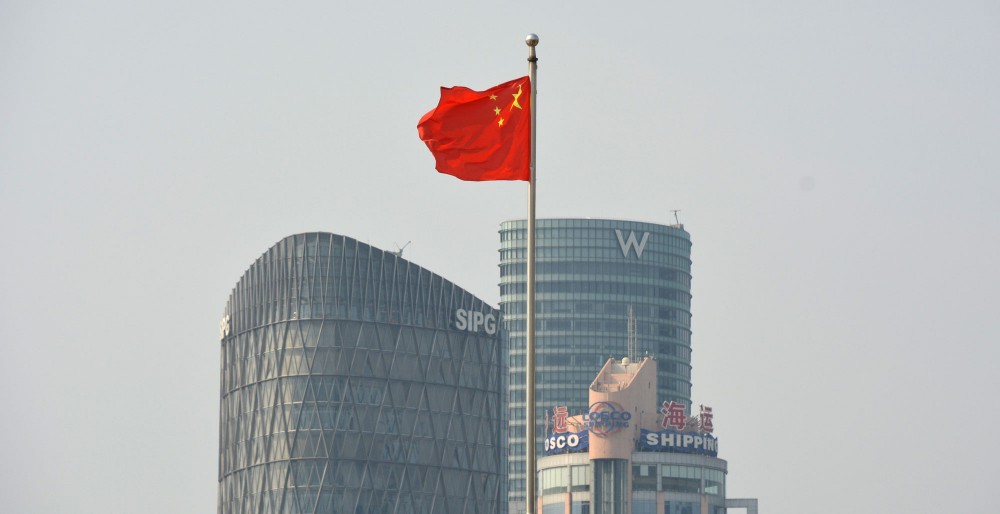 The sanctions announced on the 25th September come after COSCO and several other Chinese companies reportedly traded oil with Iran amid the U.S boycott of the country. The economic measures are aimed at two subsidiaries of COSCO and are expected to have significant implications for the companies’ vessels.

The company’s partners in the Arctic fear for the consequences. COSCO has key stakes in the major fleet of ice-class LNG carriers that now shuttle to Sabetta, the new Russian Arctic terminal.

Up to 16,5 million tons of LNG will this year be exported from the terminal and COSCO is key partner.

According to newspaper Kommersant, the Chinese company directly and indirectly owns stakes in 14 of the 15 Arc7 tankers built for Russia’s Yamal LNG.

The fleet is a crucial component in the export of LNG from Yamal, the remote peninsula on Russia’s Arctic coast.

Among the third parties affected is Canadian Teekay that owns 50 percent stakes of a joint venture with COSCO. That joint venture, the China LNG Shipping Limited, is now regarded by U.S authorities as a «Blocked Person», Teekay informs.

Teekay and COSCO today jointly operate 4 Yamal tankers and another 2 are soon on their way from the yard in South Korea.

The companies now fear that western ports and energy companies will stay clear of the ships in order to avoid reactions from the U.S side.

The Yamal LNG is operated by Russian energy company Novatek in partnership with French company Total and Chinese companies CNPC and the Silk Road Fund.

It is the flagship project in the Russian Arctic and accounts for the lion’s share of shipments on the Northern Sea Route.

According to Novatek, the new sanctions will not affect shipments from Yamal.

«The Yamal LNG project has all the necessary capacities to ensure supplies of LNG produced to customers in accordance with contractual obligations within the agreed timelines,» the company says in a statement.

Novatek will this fall open a temporary LNG reloading point outside Murmansk and a permanent terminal is under development in the Ura Guba, the bay located about 60 km northwest of the Arctic city.

A similar LNG reloading terminal is under development in Kamchatka.

The new logistics might allow the companies and their Yamal LNG tankers to sail only in Russian waters and consequently circumvent the sanctions.

The U.S sanctions against COSCO give Novatek and Russia authorities additional reason to develop solutions that can operate independently of international pressure. The ice-class fleet of vessels that is to serve the Arctic LNG 2, the major upcoming natural gas project in the region, is likely to sail under Russian flag.

The ships are expected to be built at the Zvezda Yard in Far Eastern Russia and be operated by the Sea Arctic Transport, a subsidiary established by Novatek in 2018.

However, the developers of the new Arctic LNG fleet also envisage a significant Chinese participation. Reportedly, COSCO will be a key partner in the Sea Arctic Transport and the new shipping company will be partly financed by the Silk Road Fund, the Chinese state-owned development fund.