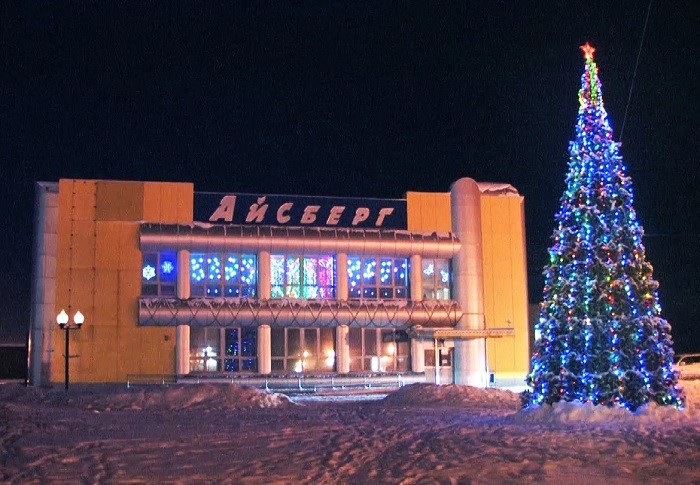 The Christmas tree in Pevek was lighted on December 19th with nuclear-power from "Akademik Lomonosov". Photo: Rosatom

At 11 am Moscow Times on December 19th, the “Akademik Lomonosov” delivered its first electricity to the grid in Pevek, Arctic Russia.
Read in Russian | Читать по-русски
By

Symbolically, given season, the town’s Christmas tree was first to be lighted with electricity produced by the two reactors on board the plant that is moored in the port.

Additional to the town of Pevek, the grid includes the Chaun-Bilibino junction in the Chukotka Autonomous Okrug, Rosatom informs.

He said Pevek is now the new energy capital of the region, “a stronghold for the development of western Chukotka and a key link for the Northern Sea Route.”

With “Akademik Lomonosov” now in operation, Russia increased the number of nuclear-power plants from 10 to 11. This is the third nuclear-power plant located north of the Arctic Circle. The two others are Bilibino (also at Chukotka AO) and Kola NPP in the Murmansk Oblast.

Bilibino has already shutdown its first reactor, the three others will soon be closed. So will the Chaun coal-heat power plant that also will be replaced with energy from “Akademik Lomonosov”.

Built in St. Petersburg, the plant was towed to Murmansk in 2018 where the reactors were loaded with uranium fuel and tested for a year, before being towed to Pevek in August and September this year.

Based on a barge, the plant has two KLT-40S reactors of similar type as powering the current fleet of nuclear-powered icebreakers operating along the Northern Sea Route.

The Russian nuclear corporation’s newspaper Strana Rosatom posted this video when the power-plant barge arrived in Chukotka in September: